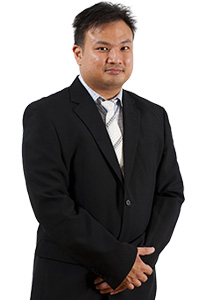 Sustainability has been the underlying thrust in a diverse areas of research. In the area of fluid structure interaction, structures excited by the galloping instability is studied for it’s potential for energy harvesting. In the area of engineering design, design frameworks are further developed to prioritize aspect of sustainability. Studies into improving thermal storage and enhancing thermal management systems are designed to increase energy efficiency.

Traditionally, wind or water flow induced vibration of structures is undesirable as it may lead to premature catastrophic failure or metal fatigue. Thus earlier work has focus on control and suppression. However, these vibrations are a potential source of clean energy. To that end, this project looks at harvesting energy from structures vibrating due the galloping phenomenon. This instability is broad band and rely on the asymmetry of separated shear layers to provide the favorable forcing. However, besides geometry, there are numerous other parameters such as mass ratios, stiffness and external damping that govern the system and detail understanding is required to achieve optimal power output. Further optimization can be done to the geometry so that it is more favorable to galloping.

Producing cold water is the most energy intensive operation in commercial air conditioning system. Thermal energy storage technology enables this process to occur at night where electricity tariffs are lower and electricity is generated from more efficient or cleaner sources. The simples of which is to store the cold water produced at night in an insulated tank. Cold water that is used during the day is replaced with returning warmer water and ideally, there are two stratified layers. However, when heat transfers through conduction and convection between these layers, some useful cold water is lost in the region between the layers known as the thermocline. This lost in energy can be minimized by ensuring the flow conditions within the tank does not promote convective heat transfer and minimizes conductive heat transfer. This is done carefully controlling the inlet and outlet flow condition and optimizing the aspect ratio of the tank.

Development of TRIZ-based Design Model for Innovation in Offshore Cranes