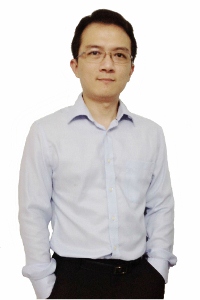 Dr Ooi Ean Hin obtained his PhD in Mechanical Engineering from Nanyang Technological University in 2009. In 2010, he was employed as a Research Fellow in the College of Medical and Dental Sciences, University of Birmingham as part of the Wellcome Trust Fellowship Bridging Award. Prior to his appointment in Monash University Malaysia, he was a Postdoctoral Research Fellow in Wessex Institute of Technology and University of Oxford, where he worked on projects funded by the European Union under the 7th Framework Program. Dr Ooi is involved in cross-disciplinary research that applies fundamental engineering principles to solve complex biophysical and physiological problems that relate to the medical world.

Dr Ooi’s research interest focuses on elucidating fundamental mechanisms of various biophysical and physiological problems that are related to healthcare through mathematical and computational modelling. These studies are aimed at facilitating the diagnosis of diseases, improving treatment techniques and formulating solutions to unanswered medical problems.

Dr Ooi’s primary research interest is in the field of ophthalmology, with particular emphasis on the disease glaucoma. Glaucoma presents a very interesting and challenging engineering problem as it involves different engineering aspects, such as the hydrodynamics of aqueous humor located at the anterior segment of the eye and the biomechanics of the optic nerve head located towards the posterior segment. Various aspects of the disease – from the diagnosis to its treatment – can be improved through a fundamental understanding of the different mechanics that are involved.

Dr Ooi is also actively involved in the understanding of thermal ablation treatment of cancer, such as radiofrequency ablation and cryoablation. Mathematical and computational modelling techniques are used not only to understand the physiological responses of tissues to heat, but also to optimize the treatment outcome of these different treatment modalities.

Glaucoma is very complicated to manage. Early detection of the disease is difficult due to the lack of symptoms until the later stages, when peripheral vision loss becomes apparent. Furthermore, there is an absence of a clear criterion for diagnosing the disease. Although an elevated IOP is recognized as a major risk factor in glaucoma development, it is not used as a criterion for diagnosis due to the different levels of ONH susceptibility to the different levels of IOP elevation. Whether an eye is glaucomatous or otherwise also depends on various factors such as corneal hysteresis and the thicknesses of the cornea and retinal nerve fibre layers. This research project is set up to investigate fundamentally the biomechanical interaction between the hydrodynamics and the biomechanics of the human eye. To achieve this, we propose to carry out simulations of the AH flow and the IOP-related stress/strain distribution using a single computational framework. In other words, both the fluid and the structural studies, although occupying different domains inside the eye, are executed using the same eye model.

Title: A Mathematical Framework For The Radiofrequency Ablation and Cryoablation Treatment Of Cancer

Although surgical resection remains the ‘gold standard’ for cancer treatment, minimally invasive thermal ablation (MITA) treatments such as radiofrequency ablation (RFA) and cryoablation are gaining wider acceptance primarily due to its minimal invasiveness, low morbidity and the ability to treat patients in an outpatient setting. Nevertheless, designing a successful MITA treatment protocol is often very difficult due to the outcome being highly dependent on the experience of the interventional radiologists. The decision on the treatment protocol usually involves discussion among several interventional radiologists (IRs), with the process taking up to 30 minutes in severe cases. If the protocol is unsuccessful, further treatments will have to be planned that can involve excessive patient exposure to hazardous CT scan radiations. The main objective of the proposed research is to develop a prototype computational platform based on established mathematical framework for modelling thermophysiological processes that can simulate the outcome of RFA and cryoablation treatment of cancer.

Study of ocular biomechanics: an application to glaucoma