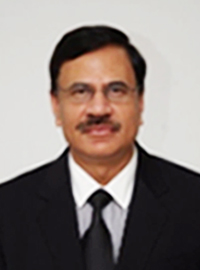 Dr Anil Gandhi joined Monash University in August 2009 as a Clinical Associate Professor (Surgery). He graduated from Christian Medical College, India in 1980 and obtained his Master in Surgery from the renowned Post-Graduate Institute of Medical Education & Research, Chandigarh, India. After post-graduation, Dr Gandhi worked in various hospitals in India and South-East Asia namely Brunei, Singapore, Malaysia and Hong Kong. He specializes in the field of Endoscopy, Laparoscopy and upper GI Surgery. For the last few years, Dr Gandhi has developed a keen interest in Medical Education. Before joining Monash University, Dr Gandhi was working at Queen Mary Hospital, University of Hong Kong and was Deputy Director at the centre for Education & Training within the Dept of Surgery. He has worked extensively in the field of clinical & surgical skills lab and was a vital contributor in setting up skills centers in his previous places of work. His current plan is setting up a skills centre on-line apart from clinical interest in Endoscopy and Upper GI Surgery

Dr Anil Gandhi joined Monash University in 2009 from Queen Mary Hospital, University of Hongkong. He graduated from Christian Medical College, India in 1980 and obtained his Master in Surgery from the renowned Post-Graduate Institute of Medical Education & Research, Chandigarh, India. After post-graduation, he worked in various hospitals in India and South-East Asia namely Brunei, Singapore, Malaysia and Hong Kong. He specializes in the field of Endoscopy, Laparoscopy and upper GI Surgery. For the last few years, he has developed a keen interest in Medical Education. Before joining Monash University, he was working at Queen Mary Hospital, University of Hong Kong and was Deputy Director at the centre for Education & Training within the Dept of Surgery. His research is in the field of Laparoscopic Surgery, Metabolic surgery, Medical education & Clinical surgery.

He has been performing Laparoscopic Surgery since 1990. He experimented with robotic surgery while working at National University Hospital, Singapore during 1999-2000. Initially his group used Asop Robotic Camera system and later adopted Zeus Robotic System. His work initially focused on animal models and after sufficient experience and gaining the expertise required, they successfully performed the first ever Robotic Cholecystectohis in Asia Pacific and second in the world by December 1999.

In the last 2-3 years, he also developed a strong interest in metabolic aurgery. With excellent results in bariatric surgery, he realized that they could offer a similar surgical procedure to treat and to some extent cure diabetes. He is in the process of starting animal experiment to prove that bariatric surgery can help insulin dependent diabetes patient to manage with oral hypoglycemic and  other patients to managed with diet and life style changes only.

Bachelor of Medical Science
Project title: Emerging Therapies in the management of diabetic foot ulcer; A survey of patients’ knowledge, attitude and behavihis and perceptions of diabetes, diabetic foot ulcer and their consequences (Questionnaire based)
Student: Xi Jin
Ongoing

In the last decade he has developed a strong interest in medical education. He has been involved in many workshops as faculty both at national & international level.

His first task after joining Monash University Malaysia was to establish and improve the skills and simulation centre here in CSJB. He has been part of extensive conversations regarding enhancing his teaching techniques with colleagues in Malaysia and at Clayton campus and even visited some overseas simulation centres in Asia, Europe and USA. After these in-depth discussions, more skills were added in order to make it relevant to the current requirement for the junior doctors as per the directions of both Australian and Malaysian medical councils. He is proud to say that he played a huge role in establishing a state-of-the-art “skills and simulation” centre which enables the students to learn and practice skills more efficiently.

He has been on the forefront in bringing research into learning and teaching. Learning method is a process by which a medical student understands and retains information, thereby gaining knowledge and skills. Many models of learning methods have been described in the literature including Kolb’s Learning methods and Gardner’s Multiple intelligence theory. Different medical schools have adopted different learning/teaching styles depending upon their resources and curriculum including problem based learning (PBL) based, skills based or hybrid. There are many studies in the literature looking at correlation of Learning styles and academic success of medical students; however few have investigated the student’s preference of learning methods. He collaborated with Dr Dragan Ilic from Monash Australia to study the learning methods of students at both Malaysian and Australian campus.

Organizing two international conferences on Surgery and Surgical education was a big highlight in his Monash career thus far. The sophomore conference set a precedent for future collaborations with his international partners and exposing his students to the international universities and medical institutions of repute. This gives an opportunity to the students to do elective rotations at these places.

This past year, he published two articles on December 2014 and March 2015 respectively. Currently, another article he’s looking to publish is under review from the editorial board of the British Journal of Surgery while working hard on his fourth article. He is on the editorial board of one journal for “wound management” and the reviewer of the Asian Journal of Surgery.

Along with working on his publications, a substantial amount of his work has been published as conference proceedings and as abstract publications for various national and international conferences he has attended. This has allowed him to get a good sense of exposure in the surgery community and fostering relationships with other researchers at such conferences.

Dr Anil Gandhi has contributed to the smooth running of Year 3 with the help and support of all the Academic and Admin staff. He has contributed to the Blue printing, Assessment and Curriculum committees on both Sunway and Clayton campuses in Monash. As a surgery lead, he has done a lot of groundwork to establish a state-of-the-art Skills and Simulation center at the New Building at CSJB. The simulation centre has SimMan 3 G, SimMan Essential, Noelle Birthing & Maternal Simulator and a number of simulation models for teaching procedural skills to medical students.

From 2009- 2012, he was also Year 3 Coordinator and a Year 3 Assessment Working Group member. He is actively involved in the Summative Examinations both OSCE and EMQ in terms of exam questions, OSCE stations and also in smooth conduction of the exams at CSJB.

Problem-Based Learning (PBL)
He is a certified trainer for PBL and also a facilitator for PBL sessions for students of Integrated Block (HKU) and Junior Clerkship (HKU) and year 3 (MUM). His role is to guide, motivate and encourage students to enhance their performances. He was able to conduct the session in such a way which encouraged their participation and communication. This was confirmed by the grades they achieved and the student’s rating which was above the average of the class and showed overall improvement. He has also conducted few PBL training workshops for the tutors.

Bed Side Teaching
Bedside teaching was another area where he was able to emphasize the importance of good history taking and thorough clinical examination to students. The students responded positively to this and were able to present cases in Junior Clerkship and year 3 and 5 with more confidence.

Basic Laparoscopic Skills Training
In today’s changed scenario, laparoscopic surgery is an integral part of general surgery. In conjunction with colleagues, they developed a structural programme to impart training in basic laparoscopic skills to the specialty Clerkship students(HKU). The students liked the course and learned the basic skills as shown by the marks they got when they were assessed during the final OSCE examination. Moreover, the feedback from students is quite encouraging. At present, he is working on a project to incorporate basic principles of laparoscopic surgery in the undergraduate medical curriculum.

Clinical Skills
Clinical skills Training is another aspect where he works with students from the Integrated Block as well as from the Junior and senior Clerkship (HKU) and Year 3 & 5 (MUM). The skill training exercise is quite effective and this is also reflected in their marks when they were assessed for these skills in the live stations of OSCE in the final rotation.

He has started another project related to Clinical Skills – to put the skills online so that students can access these skills anytime.

Gandhi A., 2015,  Role Of Histacryl In Controlling Haemorrhage  During Needlescopic Thoracic Sympathectomy, Chronicles of Surgery, 3(1):1

Role of Ultra-Sonography in Renal Transplantation, 1987, A Thesis for the Master’s Degree submitted to the Punjab University, Chandigarh

Moissinac K, Zamrhe ZA, Amir H, Ainul A, Gandhi A, Se To BC 2003, Should the right side be preferred for placement of femoral venous catheters? Abstract – Med Journal Malaysia 2003, 58 Suppl. E: 167