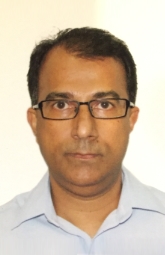 Dr Robert Penafort is an associate professor at Jeffrey Cheah School of Medicine and Health Sciences, Monash University Malaysia, with research interests in pediatric orthopedic surgery and orthopedic trauma. He did his undergraduate studies at Trivandrum Medical College in India and graduated with an MBBS degree in 1990. After working as a house officer in University Hospital, he served as a medical officer in Sarawak for three years before commencing his post graduate training in University Malaya Medical Center in 1994. He graduated with a Masters in Orthopedic Surgery in 1998 was awarded the Subramaniam Gold Medal for being the top student. Subsequent to this, he served as Orthopedic Specialist in Hospital Kuala Lumpur from 1998 to 2000. In the year 2000 he joined the University Malaya Medical Center as a lecturer in the Department of Orthopedic Surgery where he served until the year 2004. Since 2004, he has been a Consultant Orthopedic Surgeon in Damansara Specialist Hospital. He has also been very active in the Malaysian Orthopedic Association and served in different posts over the years. He was the President of the Malaysian Orthopedic Association and has a very keen interest in teaching.