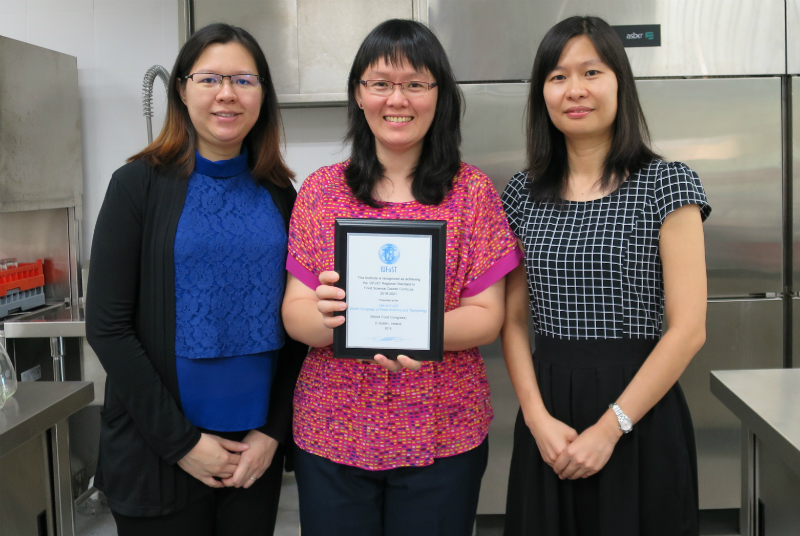 The recognition for the three-year degree program and our Honours program was presented to the Course Coordinator Dr Siow Lee Fong from the School of Science in a special ceremony at the 18th World Congress of Food Science and Technology held in Dublin.

The IUFoST accreditation certifies that the Bachelor of Food Science and Technology course offered at Monash Malaysia meets international standards and guidelines for outcome-based programs. Professor Steven Langford, Head of School of Science said, “The accreditation facilitates mutual recognition  of graduate qualifications among the global IUFoST accredited courses, which may now lead to greater recruitment opportunity, industry engagement and a wider pool of internship placement companies.”

Monash Malaysia is the first private tertiary institution in the country to have received this accreditation. Approval of the accreditation was based on course content and quality, which was assessed by interaction with the local food industry, government and non-government organisations (NGOs).

The International Union of Food Science and Technology (IUFoST) is the global scientific organisation for food science and technology, representing over 300,000 members from more than 75 countries. IUFoST has five regional groupings: ALACCTA - Central and South America; EFFoST - Europe; FIFSTA - ASEAN  countries; MENAFoST - Middle East and North Africa; and WAAFoST -West Africa. IUFoST is the only scientific organisation for Food Science and Technology elected by its scientific peers across disciplines into ICSU (International Council for Science), and it represents food science and technology to other  international organisations.