Crossing limitations with brains and brawn 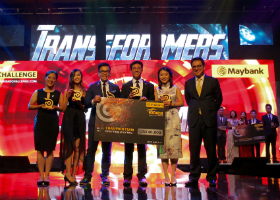 It was a roller-coaster ride for three of our students - William Teo and Dedi Lee from the School of Business, and Neil Liew, from the School of Arts - when they decided to participate in the annual Maybank GoAhead Challenge (MGAC) 2016.

Students were invited to register for an online quiz that determined if they were eligible for the National Finals. The selected individuals will then proceed to battle it out with 59 other finalists from 14 different countries at the Global Finals.

Teo, Lee and Liew were among the 60 finalists selected to compete at the Grand Finals. They were placed in three groups, Team Transformers, Team Men of Steel and Team Terminator, respectively.

For Teo, a final year student at the School of Business, his biggest moment was when together with his teammates from China and Singapore, they shared the stage as Grand Champions of MGAC 2016.

“It has taught me the meaning of believing in yourself firmly without being affected by the negative comments, and that, truly, perseverance is the best 'teacher' in life. Back in 2015, I sought some assistance from Dr Grace Lee (School of Business) who gave me very useful advice about how to keep my emotions in check as the whole process could get quite emotionally draining,” shared Teo. This is his second year participating in the competition.

Besides being crowned Global Champions, Team Transformers also brought home a prize pool of USD40,000, and a conditional offer for the Global Maybank Apprentice Program (GMAP), a program which allows trainees to gain experience in a banking corporation for two years.

School of Arts student, Liew, from Team Terminator, said that despite not placing at the Global Finals, the experience he gained throughout the period was immense and valuable.

“Imagine going up against the brightest minds to bag a position at the Global Finals. The competition was so tight that the difference between Team 1 and Team 6 were only two points! The first day, we were working from 8am right up to 4am the next morning. That was incredibly tough!” he said.

Sharing one of his most memorable moment from the experience, Liew said they once had to walk down the 49 levels of Menara Maybank, followed by a five-hour Amazing Race-esque challenge in the blazing hot sun. Subsequently, they were whisked to Tadom Base, Banting, where they had to complete an obstacle course, which saw them cooking dinner and pitching tents. Just when they thought they could rest, the challenge ended with a 1am directive to prepare a prospectus based on reports of the companies they were assigned to, with a deadline of 9am.

For Lee, from Team Men of Steel, he shared that he was initially unsure of how he would fit in. But as the competition progressed, he began to gain more confidence when he realised that there was much more he could offer than just academics, such as his presentation skills.

“We were assigned an airline company and I was made Chief Marketing and Public Relations Director, which meant I was to address all related aspects and issues when raised. Soft skills such as presentation, debating as well as negotiation skills, were highly required traits. As a student doing IB and Marketing, I can proudly say that Monash had prepared me well for this,” he said.

Team Men of Steel placed in the Top 10 Ultimate Go Ahead Challenger, Global Level. Through it all, the most valuable thing Dedi said he had gained during this challenge, apart from great friendship, is self confidence, the ability to listen to others, as well as believe in himself when making a decision.

The Maybank GoAhead Challenge is an international case competition that challenges participants’ intellect, stretches their creativity and tests their endurance. The competition was first established in year 2012 and has been receiving overwhelming support and interest from students all over the world till today.

Campus Level - Participants who qualify for this round can choose to join as an individual or in a team. All teams would then be reshuffled by the organising committee to test the strength of the participants. This round is designed to identify the strongest candidates among all participants who made it through the online quiz.

National Level - Out of the 37,000 initial participants, only 130 are chosen to proceed to the National Level (Malaysia Edition). At this level, the challengers are given tasks related to critical thinking and to test if participants are capable to work with their team, who may come from different backgrounds and fields of study.

Global Finals - 60 participants are selected for this stage where knowledge, teamwork, critical analysis, personalities, perseverance, determination and other aspects are tested for all individuals and teams. Throughout the Global finals, there are countless real-life press conferences, virtual meetings/presentations, fitness challenges, business, acquisition/mergers, media conferences. 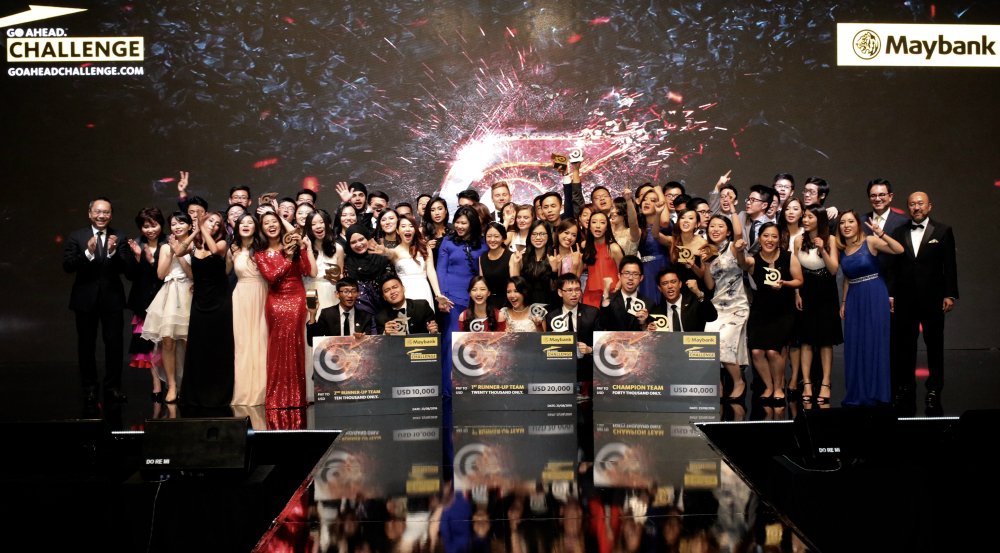