Indigenous Australians: The first human explorers to track around the globe

An international team of researchers and aboriginal collaborators publish ‘A Genomic History of Aboriginal Australia’ in Nature. 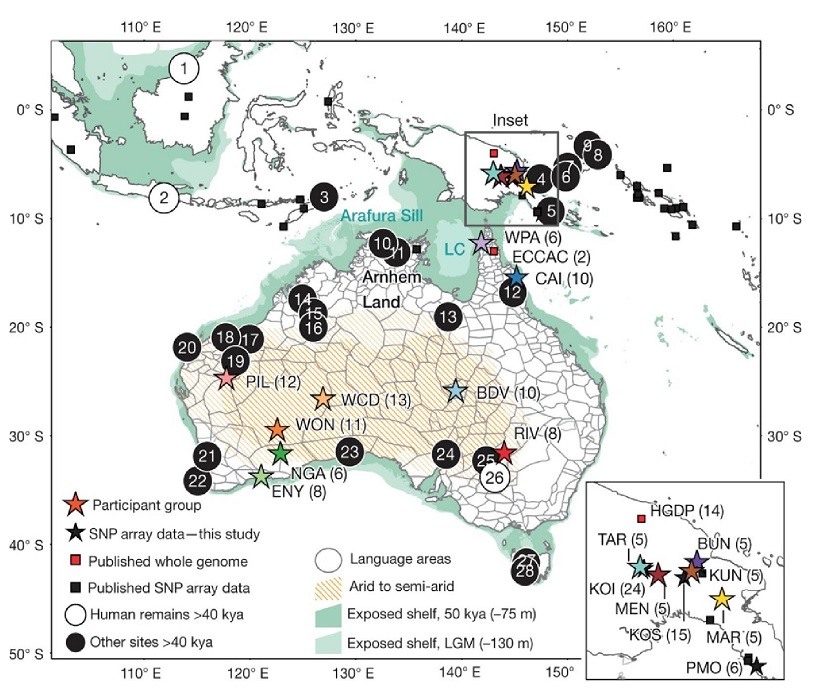 Aboriginal Australian and Papuan samples used in this study,
as well as archaeological sites and human remains dated to
~40 kya or older in southern Sunda and Sahul

Dr. Maude Phipps, a Professor at the Jeffrey Cheah School of Medicine and Health Sciences was part of an international team of scientists who undertook the first population genomic study of Aboriginal Australians.

The paper ‘A Genomic History of Aboriginal Australia’, which is a collaboration between scientists and Aboriginal Australian co-authors, was published online this week, in one of the world's most cited scientific journals, Nature. The multi-institutional team successfully sequenced 83 modern  Aboriginal  Australian  and  25 modern Papuan genomes to reveal a number of interesting findings.

Going as far back in time as to shortly after modern humans migrated out of Africa, the DNA-sequences show that together, the Aboriginal Australians and Papuans, split from Europeans and Asians about 58,000 years ago.

They later parted ways and were the ancestors of most, if not all, modern day Australians. Subsequently, the ancestral Australian population differentiated 31,000 years ago into subgroups with the formation of the central desert likely acting as a barrier to migrations.

“The genetic diversity among Aboriginal Australians is amazing. Perhaps because the continent has been inhabited for such a long time, we find that groups from southwestern desert  Australia  are  more  genetically different from groups of northeastern Australia, and this is within a single continent,” stated first author, Assistant Professor Anna-Sapfo Malaspinas, from the Centre for GeoGenetics at the Natural History Museum at the University of Copenhagen, the SIB Swiss Institute  of  Bioinformatics  and  the University of Bern. 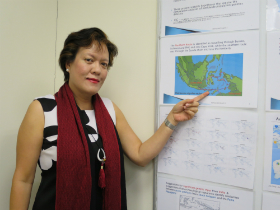 Some 90% of present-day Australian Aboriginals belong to the Pama-Nyungan linguistic family. This family originated only around 6,000 years ago, but according to the new study, the people who speak the Pama-Nyungan languages today started to become genetically differentiated in Australia as early as  31,000  years  ago.

Senior author on the paper, Lundbeck Foundation Professor Eske Willerslev from the Copenhagen-based Centre for GeoGenetics, Cambridge University and the Sanger Institute, initiated and led the study. He explains: “Initially this difference in ages between the genetic results and the linguistic  understanding  was  puzzling.  We first thought that the languages had to be much older than previously hypothesised. But then we found evidence for a population increase and expansion from northeastern Australia to the rest of the continent around 10,000 years ago. Likely, this migration is what brought  linguistic  and  cultural  changes with it. What is strange though is the limited genetic impact these migrating peoples had on the groups they met while their cultural and linguistic impact was massive. We have never seen anything like this before”. 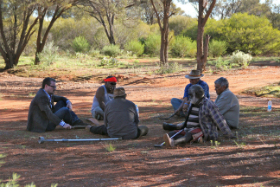 he results also show that all Pama-Nyungan speakers´ sequences derive from the same founding population in Australia that diversified from Papuans 37,000 years ago despite the landmasses being physically connected until just 10,000 years ago. The Aboriginal Australians appear to have been isolated  from  other  groups  until just a few thousand years ago when first Asians and later Europeans made contact. The only exception to this is northeastern Australia where there has been continuous gene flow between Papuans and Australians.

“Apart from the scientific leap in the knowledge of Aboriginal Australia, when their first ancestors arrived and the genomic links to populations in Asia, I am glad that this work was a true engagement and partnership between institutional researchers and the Aboriginal elders and communities.  These  precious  relationships  and trust therein, are central to the work we do in advancing population genetics,” shared Professor Phipps at Monash University Malaysia. She is an active researcher of indigenous South East Asian indigenous population genomics and health. 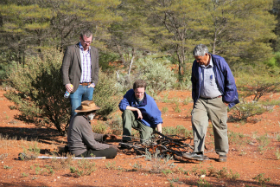 The authors also found that Australians are mostly the result of a single wave out of Africa, in line with a study appearing in the same issue of Nature and led by Harvard Professor David Reich. The scientists involved in the research worked with the local Aboriginal Australian organisations as well  as  with  elders  and the ethical board of Griffith University and were able to spark the interest of many groups to participate in the study.

To learn more about the discoveries made of the genomic history of Aboriginal Australia, read the full journal here.