The annual Health Economics Workshop 2017 brings together the brightest minds in the field of health economics. 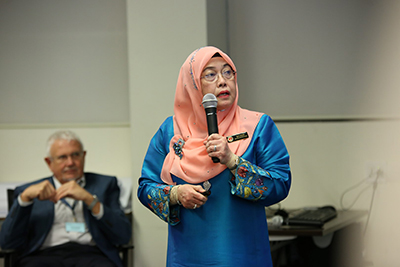 Healthcare is a basic human right, and everyone regardless of race, creed, or colour is entitled to have access to free or affordable treatment for the ailments they suffer.

At the heart of these are the policies or frameworks that are in place to ensure the existence of a seamless healthcare system. It is with all these in mind that the annual Health Economics Workshop 2017 was held in Monash University Malaysia.

Titled ‘The Role of Health Economics and Health Technology Assessment (HTA) in Establishing Value and Market Access for New Pharmaceuticals’, this annual gathering that brings together the brightest minds in the field of health economics, was held in the form of a workshop to ensure a more interactive session.

“In this two-day workshop, we will be learning a few innovative topics not only specific to drugs but also medical devices, precision medicine, and biological impact. HTA plays a crucial role in helping the government make evidence-based decisions, and it is also imperative for the manufacturers to understand the goal of the government,” said Dr David Wu, Adjunct Senior Lecturer, School of Pharmacy, Monash University Malaysia, in his opening remarks.

“HTA has been around for more than 30 years, some of the first agencies were developed in the 1980’s, but in the early days of HTA, all that the agencies did was to issue a report.

“Somebody would do a nice study, produce a glossy report and then this would just be published. But the question was did anybody look at the report, how did they use it for decision making? ” he questioned. 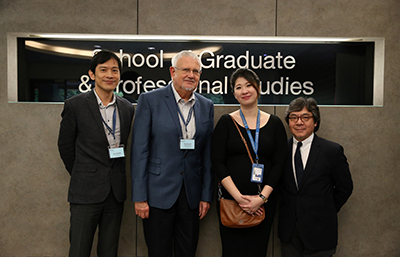 Prof Drummond went on to talk about how the awareness of the importance of HTA led to the revolution in the healthcare sector of countries around the world.

“The big change from the early 1990s is that people started making a much closer link between HTA and various types of decision in the healthcare sector. And in particular, incorporating HTA in decisions about whether to reimburse or to subsidise publicly multiple kinds of services and products and specific medicines.

“The first the example of this was what Australia did in 1993, where they added an economic component to the assessment process that they already had for new drugs to decide whether to include the medicines on the national formulary,” he explained.

Dr June Choon, Lecturer, School of Pharmacy, Monash University Malaysia, explained briefly about the healthcare services in Malaysia and the importance of HTA in helping the government make informed decisions based on data.

“In Malaysia, we have a single-payer public health care system, with over 95% of the cost subsidised by the government in the public sector. If you look at total healthcare expenditure we can see a trend of increased upward spending,” she said.

Choon said, because the public healthcare services are highly subsidised, the Ministry of Health (MOH) only recovers 2% to 3% of its expenditure from patient charges. It is worth noting that healthcare spending is 4.8% of GDP, and this leads to a huge equity issue.

“To address this issue, we are now looking into social health insurance and how to create a public-private interface,” she added.

“To answer this question, countries began to introduce the concept of HTA, and Malaysia joined the bandwagon in 2012,” she explained.

Dr Salmah Bt Bahari, Senior Director of Pharmaceutical Services Office, Ministry of Health Malaysia, spoke about the various initiatives that are underway with policymakers in the Malaysian pharmaceutical industry, in line with the 2050 National Transformation Plan (TN50).

“Recently we had a dialogue with the Director-General (DG) of Health, for the country’s transformation plan (TN50). We invited all people from the pharmaceutical industry, who are 40-years-old and below, to come to the dialogue with the DG,” said Salmah.

She then joked: “But we also invited those 40-years-old and above because we will have to lead the transition, to show you the way, in shaping up policies for the next 30 years.”

The two days session ended with an open discussion session between the speakers, stakeholders from the pharmaceutical industry, and representatives from the MOH.