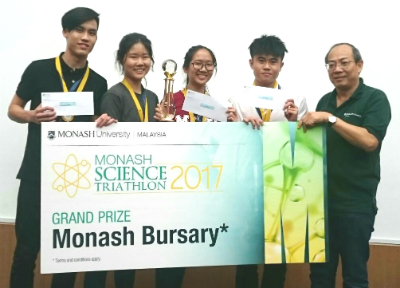 Associate Professor Kumaran Narayanan welcomed the participants and gave them an introduction to the courses offered by the School of Science.

While some had frowns on their foreheads, others were visibly overwhelmed and excited, attempting the tasks laid before them.

Congratulations to all winners!