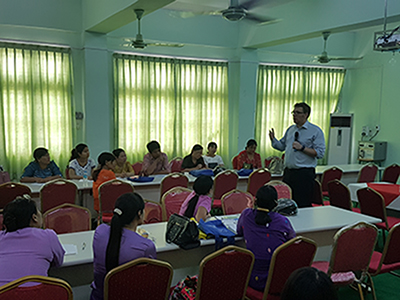 Myanmar's Universities have been shut down for decades. Although they have opened up to the outside world now for half a decade, international collaboration is still rare. They also suffer from serious financial restraints. Dr Marco Bünte, Associate Professor of Politics and International Relations in the School of Arts and Social Science, took part in an International Summer School, which aims at increasing the skills of junior and senior Myanmar academics.

Held at the Universities of Mandalay and Yangon, the two-week exercise brought together ten renowned international professors from Universities in Hong Kong, Japan, Korea, Singapore, Malaysia and the US.The summer school, attended by approximately 90 academics from the Universities of Yangon and Mandalay, covered modules in International Relations, Comparative Politics, Diplomacy and International Political Economy. Assoc Prof Bünte contributed a course on Social Science Methods. He gave an overview on major methodological approaches and applications of qualitative and quantitative data analysis.

This included an introduction into the philosophy of science, the development of concepts in social science and qualitative methods, such as comparative case studies and within case study designs. Students not only learned how to best design their research projects but engaged in hands on knowledge about how to conduct interviews and facilitate focus group discussions. 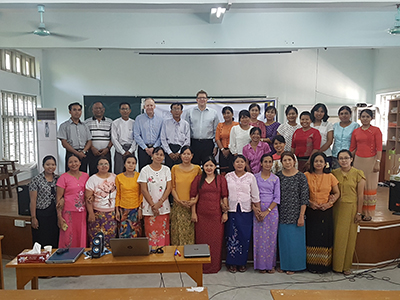