Female condoms and a win for sexual health 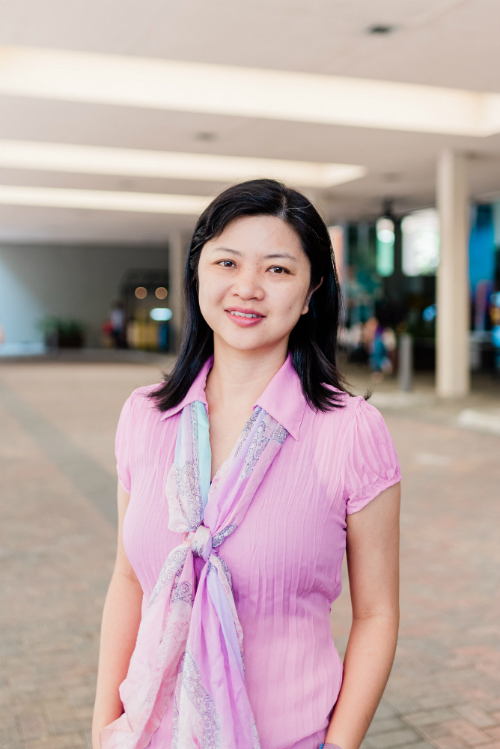 Female condoms (FCs) are still not widely used or accepted (in comparison to male condoms) despite being on the market for over 30 years. Besides cultural factors, they may be unpopular for other reasons; some women find FCs difficult to use, aesthetically unappealing to their male partners, or costly.

Following a recent innovation – the invention of a female condom called Wondaleaf – a study was conducted to probe the perceptions of Malaysian women towards FCs, as well as testing its functional performance.

The pilot study was a joint effort led by Dr Rachel Ting Sing-Kiat, senior lecturer in Monash University Malaysia’s Department of Psychology and her team -  Wong Ee-Lynn from InPsych Psychological and Counselling Services, Kuala Lumpur, and Jessie Tnay Koh-Sing from University Malaysia Sarawak), in collaboration with Sarawak Family Planning association, with partial funding from Twin Catalyst (the manufacturer of Wondaleaf in Malaysia)

In their study on Wondaleaf’s performance  and acceptance by women, Malaysian participants gave a favourable opinion. The tentative but positive feedback may be promising for advocacy of female sexual health and prevention.

Wondaleaf was invented by Malaysian obstetrician and gynaecologist Dr John Tang, after receiving a surprising number of patients who complained of unplanned pregnancies and STIs, despite having used contraception.

Dr Tang’s product is said to be the world’s first unisex condom, usable by both women and men. It can be worn before sexual contact or even – for male users – before erection. Instead of the traditional “ring” found in female condoms which some women find aesthetically displeasing, Wondaleaf uses an adhesive “shield”. This extended shield covers the entire outer genitalia to prevent transmission of STIs through those potential sites of infection.

It is also a “multipurpose condom” and can be used for menstrual hygiene. More importantly, Wondaleaf is designed to reduce issues during intercourse such as slippage, misdirection, and invagination (terms explained below).

Each Wondaleaf package comes with two sets of barrier film and is priced at RM16, a cost comparable to other FCs.

But is it safe?

In the pilot study by Ting, Wong, and Tnay, participants were invited to use Wondaleaf five times for sexual intercourse over a two-month period. Each woman was taught how to use the product through an instructional video, and by practicing on a pelvis model.

After each use of Wondaleaf, they rated their experience in surveys. The surveys assessed these areas: user-friendliness, physical sensation, sense of empowerment and safety, acceptance by the male partner, innovativeness, and “clinical failure”.

Clinical failure occurs if a condom breaks or slips under certain conditions, or when there is misdirection (the penis is inserted wrongly) or invagination (the condom is pushed into the vagina during intercourse).

The study concluded that Wondaleaf is “safe and functional”. Out of 155 uses, only four clinical failures occurred. Invagination did not occur at all, thanks to the product’s adhesive shield.

“Overall, participants were satisfied with Wondaleaf after five times of usage,” say the researchers. “They also reported gaining a sense of mastery over their body after using Wondaleaf”. In addition, participants found it easier to use over time with practice. They also liked that the product facilitated pleasurable sensation while maintaining hygiene.

However, when asked if they would use Wondaleaf in the future, the overall response was “neutral”. Some women found it troublesome or inconvenient to put on, while others felt it was practical. Still, most were willing to recommend it to friends.

Their ambivalence towards adopting the product for themselves may be due to demographics. Most participants (24 out of 31) were in monogamous relationships and did not think they were at high risk for STIs.

Another factor might be “preference of invisible or non-barrier contraception methods for females living in an Asian culture,” say the researchers. “The cultural taboo on sex and gender power differentiation in the Asian culture would be the major impediment to the full utilisation of FCs.”

The need to educate both sexes

They recommend that effort be invested into teaching women how to apply and remove Wondaleaf properly to ensure safer outcomes and into educating men about female condoms. They hope future studies will focus on women at risk, such as sex workers and women living with HIV-affected partners.

The study was an initial foray into exploring this innovative product. It was not a proper clinical trial, as it did not rigorously control the use of other contraceptive methods or screen participants based on relationship status.

However, Wondaleaf’s low risk of clinical failure and generally positive reception by Malaysian women was encouraging. Whether it is embraced by more women in the future depends largely on acceptance by their male partners.

Read more about these findings online in Open Access Journal of Contraception (2018, Issue 9, p.11-20). The study’s title is “A pilot study on the functional performance and0020acceptability of an innovative female condom (Wondaleaf) in Malaysia”.