Participating in the Discourse of Cancer

Cancer is becoming more prevalent nowadays. It is evident by the fact that every member of our society is very likely to have heard about cancer or at least know someone who has suffered from the disease. The current regimen of treating cancer includes surgery, chemotherapy, radiotherapy or their combination. Although these treatments are imperfect due to the development of side effects or resistance, they are able to control the disease in some patients. However, the mortality rate of cancer is alarming. It is safe to say that science is still in its infancy stage of understanding this deadly condition.

Certain genes, environmental factors, diets and lifestyles have been associated with increased risk to cancer. This led to increasing research in areas such as personalised medication or targeted delivery. In 1903, Thomas Edison stated that instead of prescribing medication to treat illnesses, future physicians would be taking a preventive approach by focusing on diets to prevent diseases. In fact, the wisdom of using foods, herbs and plants as remedies for various ailments have been practised in many ancient civilisations.  Therefore, besides the commonly prescribed drugs, can remedies be found from nature?

It is impossible to investigate the disease in isolation; the findings of every scientist from the past to present contribute to the collective understanding of humanity towards the disease.

A unit from the Pharmacy course ‘Current aspects of pharmaceutical research’, helps us to develop scientific writing and literature evaluation skills. Conducting literature reviews allows us to fix puzzle pieces together in order to obtain a bigger picture and to identify gaps in our knowledge.

In this regard, we have chosen citrus, a ubiquitous fruit (Joanna Goh Xuan Hui’s research focus) and Astragalus membranaceus (Huangqi) (Tay Kai Ching’s research focus)as subjects of our investigation. 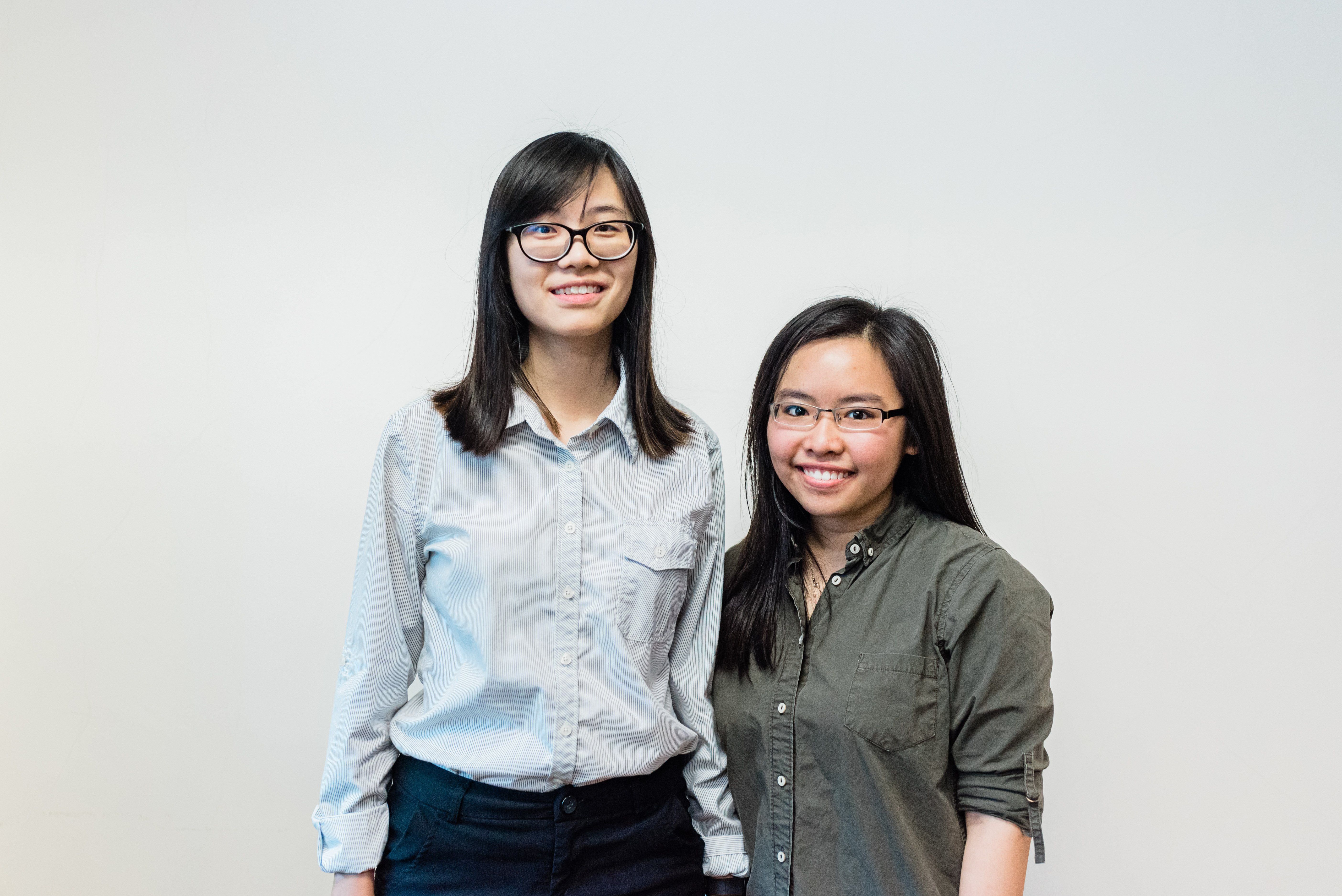 A promising compound extracted from citrus currently under research is Nobiletin. Reviewing various tests and studies conducted on the compound would eventually assist us to better understand its function in our body - within molecular and cellular levels.

Results showed that Nobiletin is a promising candidate for chemoprevention against colorectal cancer because it is able to counteract several hallmark features of cancer pathophysiology, which includes arresting the growth of cancerous cells, inhibiting cell division, inducing cell death, preventing tumour formation, reducing inflammatory effects and limiting the spread of cancer cells to other parts of the body. Furthermore, we learnt that Nobiletin transforms into different metabolites upon storage or in the body, which eventually becomes a more potent chemopreventive agent than itself.

It is interesting to note that the compound Nobiletin is mainly found in citrus peels and not in the normally consumed flesh. Usually, a large part of the fruit including the peel and seeds are discarded after the flesh and juice are extracted. Identifying the nutraceutical benefits of citrus peel creates added values in the fruit, which can be harvested for the benefit of the population at large. The increased prevalence of the application of Nobiletin in various fields may affect the way we manage bio waste and subsequently contribute to an indirect impact on the environment.

Astragalus membranaceus (Huangqi) has been playing a rather significant role in traditional Chinese medicine for centuries. It functions as a dietary supplement and is proposed to have anti-aging, anti-neurodegenerative, anti-inflammatory and anti-cancer properties. Formononetin, which is derived from Astragalus membranaceus was found to be responsible for its anti-cancer activity. The fact is, this bioactive compound I is closely related to our diet as it can be found in legumes and red clovers.

Formononetin has gained attention in recent years due to its various anticancer effects by involving apoptosis, cell cycles, oxidative stress, and gene expression. Therefore, It was considered crucial to take a step further to collect and compile the data available out there and to generate a clearer picture of its anticancer property in a systematic manner. Apart from its pharmacological mechanisms, the paper also covers co-administration of formononetin together with other chemotherapeutic drugs to provide a synergistic effect, and mode of drug deliveries developed to overcome the shortcomings on pharmacokinetic parameters. These additional topics mentioned set forth a prospect that, with current available studies, we are able to delve deeper to get a better understanding of this natural compound.

With this notion insight, formononetin could be manipulated in many ways for its pharmacological activities. This means it poses a probability in contributing to the search for a new chemotherapy drug. However, the lack of sufficient evidence in identifying the exact anticancer mechanisms of the compound is an impediment to such progress.

In short, exploration from different dimensions will help advance our understanding of natural compounds so that it can be translated into the field of application. To illustrate, the knowledge of medicinal chemistry allows improvisation of the ‘natural formula’ to enhance its potency and efficacy in targeting cancer cells. We certainly look forward to learning more about this disease and its relation to the immune system, diet and lifestyle. The understanding of both the diseased state of the human body and the molecular action of natural compounds will help to expand the frontiers of medicinal science in the quest for a remedy towards cancer.

Pharmacy undergraduate students, Tay Kai Ching and Joanna Goh Xuan Hui, with the supervision of Dr Goh Bey Hing leader of the Biofunctional Molecule Exploratory Research Group (BMEX), have both successfully published two articles in top tier academic journals. The projects had given them a chance to gain research exposure by working across different schools and institutions. 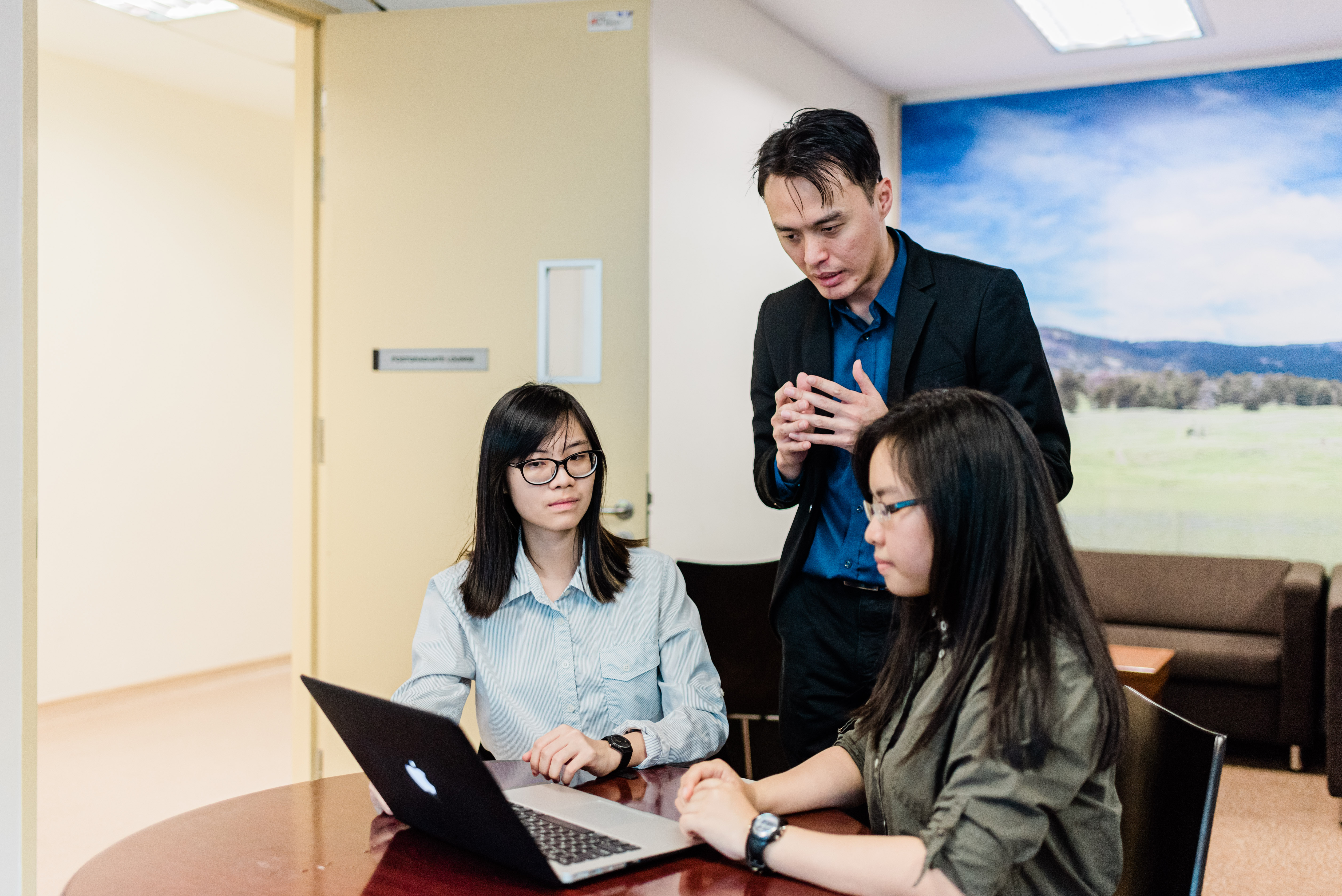