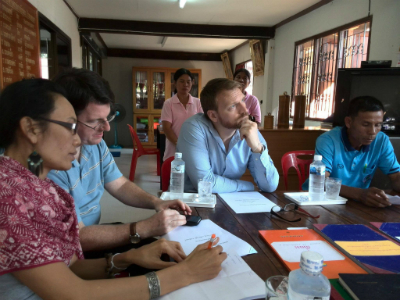 How do you combat poverty among the rural poor? A recent case study in Thailand offers an insight.

Their study asks why the northeastern Thai province of Surin has experienced astonishing success in reducing its poverty rate.

The answer: “Local leadership matters.” Government initiatives and economic growth alone do not guarantee wealth will trickle down to the poor. Surin’s success depended on committed governmental and civic leaders. Those leaders ensured that uneducated rural farmers could participate in jobs which directly increased their household income.

A tale of two provinces

Moore and Donaldson compared two neighboring provinces in Thailand. Both provinces, Surin and Si-Saket, had similar poverty rates in 2000. But 10 years later, Surin’s poverty rate had fallen remarkably from 74% to 18%, while Si-Saket’s poverty rate fell only a modest amount - from 62% to 56%.

How did Surin reduce its poverty rate so quickly? After all, both provinces began with similar poverty rates, shared similar demographics and geography, and were subject to the same governmental policies.

To find out why, Moore and Donaldson spent several months in Thailand interviewing farmers, activists, NGOs, government officials, and academics. They analysed data from a 10-year period (2000-2010), hoping to explain Surin’s success.

They examined the conditions of low-income farmers. Many farmers lacked formal education and grew just enough food to feed their families. Such farmers often go into debt to buy seeds, chemical fertilizers, and pesticides each growing season. In a year of bad weather and poor crop sales, they may be forced to give up their land to repay debts. 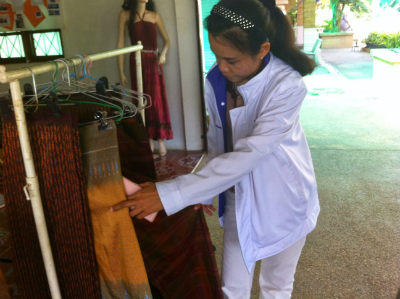 Moore and Donaldson looked at three alternative sources of income for these rural residents: growing organic rice, producing handicrafts, and working in rural tourism. In each sector, they sought to identify what led to Surin’s fruitful results and Si-Saket’s less stellar outcome.

Unlike normal rice production, organic farming requires less capital (to buy chemical fertilizers, for instance) and yet produces a higher-value crop desired by international markets. Furthermore, it allows farmers to make use of their traditional knowledge in natural agriculture.

Surin farmers managed to produce their own brand of organic jasmine rice, the Surin Hom Mali, now recognized globally. In contrast, Si-Saket remains a top Thai producer of organic rice but most of its organic production is uncertified and only consumed locally.

To stimulate handicraft production, the Thai government implemented an initiative called OTOP (One Tambon One Product), based on the Japanese development program OVOP (One Village One Product). Surin’s local products – such as silk, silver jewelry, and furniture – enabled many rural participants to enjoy a higher income.

The government has organized financing programs to help farmers get started in OTOP. It also awards 1 to 5 star ratings to OTOP products, rewarding the best producers with aid in financing, marketing, and overseas export.

So far, Surin has produced far more 4- and 5-star OTOP products than Si-Saket and even exported goods to Europe, the U.S., and Japan. But in Si-Saket most small producers have not achieved such encouraging results.

Likewise, in the arena of rural tourism, Si-Saket has not captured the international market like Surin has. For example, Surin’s elephant festival attracts foreign visitors annually. Visitors are encouraged to try village homestays and buy local products including OTOP handicrafts. As a result, tourist dollars go to the pockets of rural residents instead of large businesses and hotels. In contrast, tourists spend less time and money in Si-Saket, preferring to merely pass through on their way to Cambodia’s Angkor Wat. 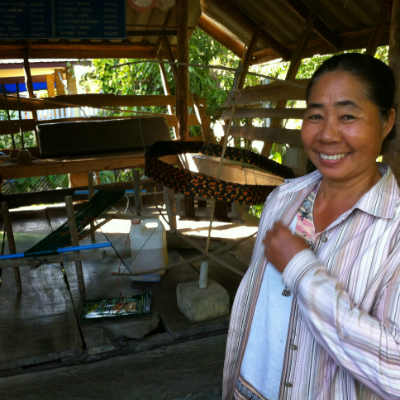 Committed leaders in both government and society worked with rural residents to diversify their income. The presence of these leaders stem from Surin’s history of activism since the 1980s. In the 1990s, the “Surin Forum” formed so that members of society such as NGO staff, farmers, teachers, and businesspersons could discuss public issues and collaborate with the government. Community organizations and NGOs helped train farmers and mitigate the power imbalance between farmers and middlemen.

Such coordinated efforts were missing in Si-Saket. Furthermore, Si-Saket governors changed frequently over the 10-year period. Without the intervention of community organizations, Si-Saket’s poorest residents were less likely to participate in and receive the benefits of government initiatives.

Governmental initiatives alone did not ensure success. Rather, as Moore and Donaldson conclude from Surin’s case, “it was the province’s strong network of civil society and committed local political leaders that ensured these programs were structured in ways that reduced poverty.”

Though Si-Saket pursued the same economic activities under the same policies, they were structured such that profits fell into fewer and already wealthier hands.

“No trickle down was necessary,” Moore and Donaldson say of Surin, referring to economists’ debate on whether national economic growth truly benefits poor individuals. “Growth certainly contributed,” they observed. “Yet, to reduce poverty, social and political forces are needed to shift policies in ways that poor people can take advantage of.”

Their research was recently cited in the World Bank’s Poverty Reduction 2017 Country Report on Thailand. World Bank Malaysia has invited Dr Joel Moore give a presentation on this study. Dr Moore is a senior lecturer in Global Studies and currently serves as deputy head of the School of Education in Monash’s School of Arts and Social Sciences.