Embracing the similarities in cultural diversity 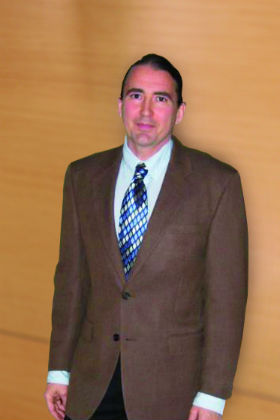 The goal of achieving the good life, complete with everything perceived to be ideal, is the main driving force for most people. As individuals and as a community, we work towards gaining the ideal life, one which is shaped by our culture and upbringing.

In 2008, cultural psychologist Dr. Gregory Bonn set out to try and analyse the cultural implications on a person’s visualisation of a good life, and he discovered that the environment in which a person is raised plays a significant role in shaping that individuals world view and identity.

“As a cultural psychologist, I approach the study of psychology from the standpoint of culture. If you talk about heredity or environment, or nature versus nurture, this is looking at the nurture side as opposed to looking at the biology of a person’s make-up,” said Dr. Bonn, a lecturer of psychology in the Jeffrey Cheah School of Medicine and Health Sciences at Monash University Malaysia.

For his research, Dr Bonn wanted to create a psychological distance, so his team of researchers asked 400 respondents from four different countries to imagine themselves as 80 - 85 year-old adults, and asked them to look back over the course of their lives.

Respondents were then asked to write out 6 things which they would consider as determining factors of whether or not their lives were ideal.

“We obtained 2,400 responses and based on those results, we were able to bring them down to a list of 30 categories of the different responses,” he said.

The respondents were divided into European Canadians, Asian Canadians, South Asian Canadians and Chinese, and Dr. Bonn discovered that surprisingly, there were quite a lot of similarities between the different ethnic groups represented.

“Canadians were more concerned or interested in self expression, like meeting their potential, being independent travellers and so on, compared to the other groups. As for the Asian groups, the Chinese were more likely to have practical concerns. South Asians, on the other hand, tended to emphasize more spiritual concerns like living a moral life, and having a positive impact on others,” he said.

As predicted, there was a degree of cultural blending for respondents who were ethnically Asians but were now in a Western environment, said Dr. Bonn.

“For example, the Chinese Canadians were focused on things like family and achieving financial stability, but they also indicated that they’d like to date more, for example. This shows an obvious influence from their peers,” he said.

Dr. Bonn said psychologists are discovering “more and more” that our way of thinking and belief system is related to many factors such as peers, teachers and all the other groups we interact with.

“It shows that culture is not static. Even if you have traditional Chinese parents, but you grow up in Toronto, it’s actually a combination of both the peers and the parents that make you believe what you believe,” he said.

But what surprised him was the discovery that all of the groups of people focused their answers around relationships.

“For all groups, the top five aspects of how they envisioned an ideal life would include several items that were relational,” said Dr. Bonn.

“There were different types of relationships, of course, but it was interesting to see that having strong relationships built the core of what people from different cultures view as having a happy life.”

European Canadians were, predictably, most focused on romantic relationships, most often citing the importance of a good marriage or other romantic partnership,, while Chinese and South Asians were more focused on broader family relationships, he said. There were, however, also important differences between Asian groups. Chinese were most focused on parent-child relations and success of their children, for example, while Japanese placed the strongest emphasis on close friendships, or peer relations.

“A lot of psychologists tend to divide the world into the East and West, like there are just two different cultural ways of viewing the world; the Western way which emphasizes independence and the Eastern way which is more collectivist.. What I found in this research is that for people everywhere, relationships are of central importance. There just seems to be something very basic about people being connected to each other. Also just as important however, is that there is definitely not a single Asian way of understanding the world.”

Dr Bonn has just kicked off collecting data from Malaysians to conduct a similar research with the different ethnic races here.

He believes that his research can help bridge the different cultures that exist within a multi racial society.

“In any society, it always helps to understand where the other person is coming from, because that understanding helps to reduce friction,” he said.

“It’s definitely important to understand that people living on the opposite side of the world who may appear to be vastly different from you, that they are fundamentally concerned with many of the same things in life . It’s important to understand the differences between people and how they arise, but it’s also critical to remember that we all share a good deal of common ground. In my teaching here at Monash I try to get students to think more about these kinds of issues: What they believe is important, where those ideas might have come from, and also what other people might believe and why. The more that we consider these issues, the more we can move beyond outdated stereotypes and really begin to understand each other.”