#GE14 Real or Not? News on Social Media and Instant Messaging Platforms 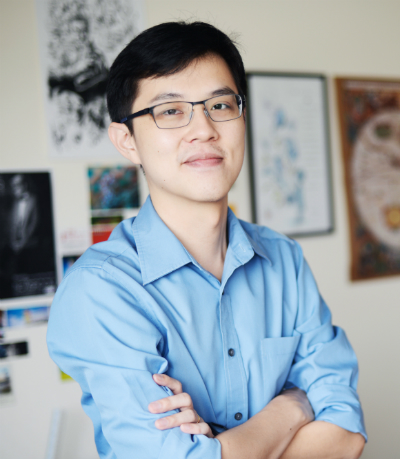 As the build-up toward Election Day in Malaysia continues, voters will face a continuous bombardment of news, be it through traditional mass media, online media, social networking sites, online messaging platforms, coffee shop gossip, and more. Conspiracy theories, slander, scandals, and sometimes the truth, will be presented to the public in hopes that it will fuel a targeted audience, or mob, into action.

The importance of news in the administering and maintenance of a democratic society is well understood by the public. In the context of elections, one can remember the lead-up to GE12 in 2008, where the emergence of an online news portal and several personal blogs provided the electorate with an alternative political narrative; then again during GE13 in 2013 where Facebook was seen as crucial in raising awareness of various issues, and galvanizing and mobilising supporters. These changes had a profound impact on how we experience politics. Even today the media and communications landscape continues to change.

This change is also recognised by the Malaysian government. Much has been said about the Anti-Fake News Act that recently came into force. Proponents claim that this law protects Malaysians from being victims of fake news, and to bring perpetrators of such content to justice, and that it addresses the complexities and impact brought about by advances in communications technologies in the country.

Critics argue that existing laws are sufficient to combat the phenomenon of “fake news”. More pertinently, the current political context, the broad definition of what constitutes fake news, and the steep penalties if found guilty, can be interpreted as a blatant attempt to curb free speech in Malaysia right before the general elections. Regardless of which side of the political divide you fall on, it is clear that the flow of information is a political battleground, and is of interest to all.

However, beyond the broad strokes of how news and other forms of information is controlled and consumed, an area we must pay attention to is the public’s attitudes and habits in accessing news. In Reuters Institute Digital News Report 2017, 51% of Malaysians surveyed stated that they have used WhatsApp for news in the past week. When it comes to social media, 67% of Malaysians responded that they considered social media a source of news. The last result that I want to draw your attention to is that 29% of respondents considered social media to be their main source of news. This is more than TV (23%), online news sites (28%), and printed newspapers (14%) respectively (Newman et al., 2018).

The Reuters Institute report is concerning. Apart from the obvious inference that trust in mainstream news is low, what’s more concerning is that more people are gradually turning to social networking sites like Facebook and Twitter, and online instant messaging platforms, such as WhatsApp and WeChat, for news. Social media is a double-edged sword in that while it allows us to broaden our sources of information through our network, it also exposes us to fake news simply because we allow it to.

Prolonged exposure to fake news can lead to terrible outcomes, as shown by the recent outbreak of Buddhist-Hindu violence in Sri Lanka. The New York Times reported that their investigation revealed that “Facebook’s newsfeed played a central role in nearly every step from rumor to killing”(Taub and Fisher, 2018). People believed in the incendiary content that was fed to them. This is possible because of the highly customizable nature of social networking sites which allows users to build their own reality – adding like-minded people as friends, joining groups with similar interests, and receiving targeted ads and content.

Instant messaging platforms increases this risk because it further whittles down the sources of information, thus creating an even narrower and unchecked view of reality. In this scenario, news is not held up to public scrutiny, and this is dangerous.

In a recent public forum, Insta-Elections: Youth, Politics, and Social Media, excellently organised by the alumni of the School of Arts and Social Sciences, panelists from both political coalitions predict that the upcoming elections will see the rise of WhatsApp as the most prominent platform for news and information sharing. Their prediction has some merit as it aligns to the shifting trends detailed above. The speakers also said that due to the end-to-end encryption of WhatsApp (third parties have no access to the contents of private conversations), it is harder for political parties to gauge public sentiment. That’s true. However, having a private and secure bubble means that users are solely responsible for vetting the news that they are exposed to.

The question is, why do we want information? If it is solely to affirm what we already want to believe, then what’s the point? It is important to stay informed. It is equally important to critically evaluate all our sources of information.  If not, the internet will be reduced to being an echo chamber used to fuel a political mob that may be rightfully angry, but wrong about the information they share. In that situation, we run the risk of being no better than the people we criticise of misinformation and media control. Let us aim to do better.

The views and opinions expressed are those of the author(s) and do not imply endorsement by Monash University Malaysia.

Dr Tan Meng Yoe is a Lecturer in Communications with the School of Arts and Social Sciences. His current research interest is on how internet practices shape religious and political communication among Malaysians in individual, institutional, and national socio-political contexts. He is specifically looking at inter/intra-religious engagement and structures of religious communities in Malaysian social-media spaces.