The Peculiar and Precarious Notion of Hope 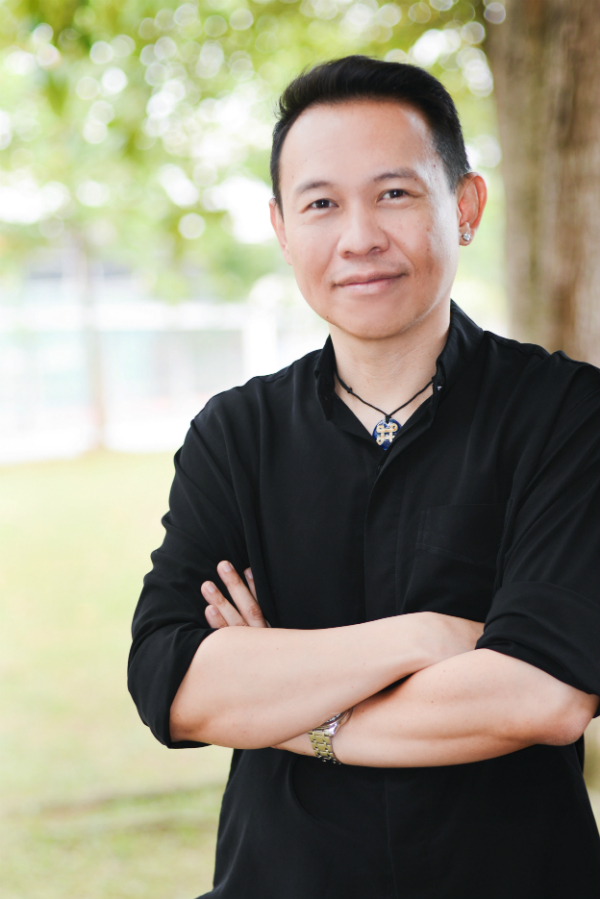 Just recently, a transgender woman from Kuantan was found dead. 26-year old Sameera Krishnan was shot in the head, her right arm mangled from valiant attempts to defend herself from her attackers, various parts of her body sustained severe injuries, and some of her fingers were severed.

The police deny that it is a trans hate crime, or an act of violence against people whose gender identity is the opposite of that which was assigned to them at birth, based on their genitalia. Instead, the law enforcement officers are linking it to a previous incident involving drugs, debt and abduction.

Nevertheless, many activists are claiming that it is indeed a trans hate crime, as Sameera’s identity as a trans woman in Malaysia incited disgust towards her and made her an easy target for her assailants. Some are quick to add that she was tortured and mutilated in her own kidnapping some years back.

I believe that acts of violence against gender non-conforming and sexually-diverse people are always fuelled by a multiplicity of motives, and that their gender and sexual identities are factors that aggravate such crimes. To cause suffering to a fellow human being somehow elicits satisfaction from perpetrators, but to inflict pain on someone considered as subhuman—an aberration, a freakshow—adds to their twisted pleasure.

Aggression towards such non-normative Malaysians is not something new. Friends have shared horrifying accounts of hostility. I recall the story of an American friend who was hanging out with his Malaysian boyfriend somewhere along Bukit Bintang two years ago, when a group of unknown young men punched the boyfriend in the face in front of my friend. The couple has since moved to the United States, stating that are no longer tolerant of the homophobic atmosphere in which they constantly find themselves in.

Another story involves a male-to-female mak nyah sex worker I had befriended during my employment with a community-based organisation in Kuala Lumpur several years ago. I met her one evening, and enquired about her black eye. In a mixed tone of anguish and despair, she told me that she had taken the fall for a mistake a fellow sex worker had made. When I suggested that she lodge a police report on what her pimp did to her, she shrugged her shoulders and retorted, “Buat ape? Bukan die orang mau tolong. Jangan harap jer” (“What good would that do? They’d never help me. Don’t even hope for it”).

How can one not be pained by these tales of hopelessness?

Hate crime or not hate crime? Whichever the case may be, the fact remains that these individuals find it difficult to appeal to the law for protection or justice. Gay men, lesbian women and bisexual people dread the prospect of having their identities exposed and dragged through mud for fear of familial rejection or losing their jobs. Transgender people often wonder if anything they say will be taken seriously, because mainstream society already labels them as deviants. These and other queer individuals live with real possibilities of their experiences being laughed out of police stations and being told that what happens to them is ‘padan muka’ (they get what they deserve).

I shudder when I think that the twenty-first century is increasingly producing a good number of Malaysians who are lackadaisical about human dignity, who are grating and boorish in their intolerance of people who are different from themselves, and who trample on the rights of others in the name of self-defined ‘nilai-nilai murni’ (‘pure values’). The notion of a blatant disregard for human dignity exceeds explicit issues of gender and sexuality. In other arenas of Malaysian life, political dissidents are either charged, arrested, disappear or lose their lives under mysterious circumstances. There are zealous efforts to impose religious ideas on the populace without due consideration of religious diversity. Yet religious freedom of expression is simultaneously dictated and curtailed by those who view themselves as somewhat superior, and religious representatives are kidnapped on the purported suspicion of proselytising those who should not be proselytised.

Malaysians are constantly subjected to doublespeak. They are assured of constitutional freedom, protection and fairness, only to be told later of ‘limits’ that have suddenly emerged. They are reminded of, and urged to foster unity and equality, only to experience a contrarious reality staring at them in the face. Human dignity, in so many instances in this country, has become a cheap cliché.

In the face of such contradictions, what can a Malaysian hope for? Having introduced the word ‘hope’, I am conscious of its manifold implications. An utterance of hope carries with it a suggestion of utopic vision and the lack of realism. Hope, as many are quick to retort, is for the delusional and those who lack the courage or ability to lead their ambitions to reality. It is, as many will claim, an unfortunate side-effect of religious persuasion.

I disagree. I believe that hope is integral to being human. Hope cannot be equated with expectation—hope is a projection of people’s deepest needs and desires to thrive as human beings, to reap the fruits of life to the best of their ability, to be all that they can be. Hope strives for the best, but is realistically aware of the worst. Nevertheless, hope also demands a commitment on the part of those who adhere to it, to make it a reality.

So, should I join my mak nyah friend, shrug my shoulders and say “Jangan harap jer”? I choose another way of thinking, and will brave the risk of hope. My hope is for a loving, gracious, bountiful and thankful Malaysia that holds human dignity as its highest ideal. I look forward to the day when Malaysians are humble enough to look deeply into the eyes of those who are different, and allow their hearts and minds to respect and love sincerely and unconditionally. I long for graciousness, for overwhelming courtesy, kindness and acceptance for all human beings not in spite of, but precisely because of differences. I pray for a country that will increase its bounty and become generous, willing and eager to share its resources with all its people without any discrimination. Lastly, I hope for a Malaysia that is constantly grateful for the rich diversity that its people demonstrate. Hope is indeed a peculiar thing, and highly precarious in Malaysia. Yet without hope, how can Malaysians genuinely continue to hold Malaysia close to their hearts and call it home?

Dr Joseph N. Goh is a Gender Studies Lecturer at the School of Arts and Social Sciences.