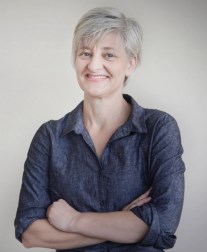 Emma researches media and popular culture using cultural studies approaches, focussing specifically on the co-constitution of media technologies and societies in Indonesia and, more recently, Malaysia. Her PhD studied the role electric guitars played in shaping communities of amateur musicians in Bali in the late-1990s, and was published by Duke University Press in 2007 as Making Scenes: Death Metal, Punk and Reggae in 1990s’ Bali. Her postdoctoral work looked at how television and digital technologies influence the formation of popular music genres, and is the subject of her second book, Genre Publics: Popular Music, Technologies and Class in Indonesia (Wesleyan University Press, 2020). Emma’s current research examines digital infrastructures and everyday life in Southeast Asia. She is co-editor of mHealth innovation in Asia: Grassroots Challenges and Practical Interventions (Springer 2017, with Jerry Watkins and Amina Tariq) and Digital Transactions in Asia (Routledge 2019, with Adrian Athique). She is also co-author of the forthcoming WhatsApp: From a one-to-one messaging service to a global social media platform (Polity, with Amelia Johns and Ariadna Matamoros Fernandez).

Emma has worked with a range of external organisations over the course of her career, including the Australia-Indonesia Centre, the Indonesian National Planning Board, the National Film and Sound Archive, TRUE Relationships Queensland and the Australian Federation of AIDS Organisations. She is on the editorial board of the Vernacular Indonesia series at Monash University Press, Indonesia and the Malay World and the International Journal of Communication.

PhD in Politics from Monash University (2004)

International Association for the Study of Popular Music

Emma’s research is located in the fields of Asian cultural studies and media and communications studies. She is interested in how new media technologies alter and are altered by existing Southeast Asian social formations revolving around race, class and ethnicity. Most of her research work is ethnographic in nature, and attends to the interaction of material and social worlds through a focus on the everyday uses of new media technologies.

“Globalising Malaysia: Trans-Asia Traffics in the 21st Century”, Monash University Malaysia Focal Research Grant Scheme (2020). “Globalising Malaysia” studies developments in the transnational traffic of people, media technologies and media contents in 21st century Malaysia. It considers how they are transforming racialised modes of belonging in and to Malaysia, and their implications for Malaysia’s position in a shifting landscape of global cultural production.  The project adopts a comparative case study approach by studying three realms of transnational cultural production and exchange: new Sinophone affinities forged by transnational cultural flows, reworked narratives of Malaysian-ness evident in audiovisual productions made for streaming and web platforms, and the techno-socially forged forms of collective life taking shape in WhatsApp groups.

“Middle Classes, New Media and Indie Networks in Post-Authoritarian Indonesia”, Australian Research Council Post-Doctoral Fellowship (2009-2012). The project critically analysed the activities of a digitally-equipped generation of urban middle class Indonesians in shaping public culture. It focused  on 'indie' (for independent) networks, sites of the production and consumption of films and music that make intensive use of new media technologies. The project was the first in depth study of the wider socio-political significance of the boom in self-produced media in Indonesia at a time when post-authoritarianism and the digital age coincided.

Emma is the coordinator for the Bachelor of Digital Media and Communication and of the Communications major. She co-ordinates three units: a first-year gateway unit (Media Studies, AMU1277), a third-year capstone unit (Digital Asia Research Project, AMU3029), and a unit within the Masters of Communications and Media Studies (Current issues in Asia, AMG 5013).

Baulch, Emma and Julian Millie. 2013a. “Studying Indonesian media worlds at the intersections of area and cultural studies” in Emma Baulch and Julian Millie (eds) ‘Media/politics in Indonesia’, special issue of International Journal of Cultural Studies 16(3): 227-40

Baulch, Emma. 2010. “Music for the pria dewasa: Rolling Stone Indonesia and the evolution of pop and class'”Journal of Indonesian Social Sciences and Humanities 3, 2010: 99-130

Mobile Instant Messaging in the Everyday Lives of Older Adults in

“Yo ta Kristang": The Racialization of Portuguese Eurasians in Contemporary Malaysia and Their Negotiation of Mixed-raceness in a Globalized World

Ritual and Rule: The sumulation mechanism of game platform

Hijabers on Instagram: Islamic modernity and cultures of communication