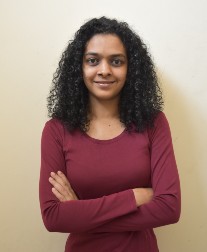 Lecturer in Film, Television and Screen Studies
School of Arts and Social Sciences

She teaches Southeast Asian cinema at Monash, a unit that focuses on the established and emerging cinemas in the region in addition to an introductory course to the major and a unit on documentary filmmaking.

Her research interests include film stardom and celebrity, representations of race and identity in cinema, Philippine cinema and Southeast Asian cinema.

She is particularly interested in how Southeast Asian cinemas have distinct identities while still sharing broad themes across the region that include the struggle for independence, reflecting on colonial histories, building national identities in the aftermath of colonization, and representations of modern individuals that engage with questions of tradition in Southeast Asian societies.

This research stems from her PhD thesis and examines the ubiquitous film couple in Philippine cinema. Building on the work in star studies that most frequently focuses on individual stars, she looks at how the combination of two stars create compelling and complex film couples that tell us so much about the societies and cultures they originate from. This project interrogates notions of love, courtship, romance, family, gender, ethnicity, class, religion and many others in an investigation of how film couples work, and their unique relationship with their industry and society.

This project explores how heritage houses in Malaysia are portrayed on screen, particularly the late 19th century Cheong Fatt Tze mansion in Penang and the early 20th century Carcosa Seri Negara in Kuala Lumpur. Both buildings have been featured in international films including the recent Crazy Rich Asians (2018). She will explore issues relating to their history including how these buildings are represented in various international films, the locations they stand in for, the genres that they feature in, the relationship of the local film and tourism industries with the buildings, and  the role of colonial legacies and migrant narratives in their past and current administration.

Subsequently, she plans to expand the project to include heritage houses on screen in neighbouring Indonesia and the Philippines to create a comparative case study of heritage, nostalgia, memory and cinematic representation in the region.

Before joining Monash University Malaysia as a full time lecturer, Chrishandra tutored and lectured extensively within the Film and Communication majors since 2014. For Film Television and Screen Studies (FTVSS), she teaches an introductory course in addition to a third year unit on Southeast Asian cinema. She also lectured for a Masters unit in Communication titled ‘Celebrity, Fashion and Publicity’, and was a sessional lecturer in Sunway University.

Chrishandra believes that teaching should be simple and relatable - that even difficult concepts can be made accessible by using examples that are relevant to the audience. This has in the past included using memes about Captain America to teach the liberal democratic approach to culture, and stick figures to illustrate Althusser’s concept of interpellation.

Sebastiampillai, C. ‘One More Second Chance: Loveteam Longevity and Utility in the Era of the Television Studio’, in Film Stardom in Southeast Asia, edited by Jonathan Driskell. Edinburgh University Press.

Dr Chrishandra Sebastiampillai is interested in supervising research in the following areas: film stardom and celebrity, representations of race and identity in cinema, Philippine cinema and Southeast Asian cinema.

A Ghostly Inheritance: The Cultural Legacy of Spectres in Postcolonial Literature.