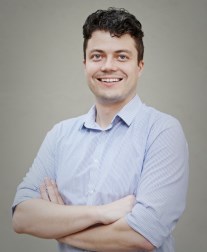 Lecturer in Global Studies
School of Arts and Social Sciences

Dr Marek Rutkowski is Lecturer in Global Studies at Monash University Malaysia. He specialises in international history with a particular focus on the Cold War in Asia.

Dr. Rutkowski received his PhD in History from the National University of Singapore in 2017. His dissertation analysed the role of international peacekeepers in Indochina in the 1950-60s in the period leading up to the Vietnam War, with the Cold War and decolonisation as a backdrop. His research is primarily empirical and archive-driven, looking at political processes in Asia from a historical perspective. His interests range from diplomacy and peacekeeping to development models and nation-building.

Currently Dr. Rutkowski focuses on turning the dissertation into a book manuscript and embarking on a second research project looking at the Soviet Bloc’s encounters with Asia in the Cold War period in the areas of diplomacy, development and knowledge transfer. Separately, he has been involved in a two-volume book project on Western military powers in Asia in collaboration with scholars from US, UK, Australia and Singapore.

Dr Marek Rutkowski's research is situated at the intersection of history, international relations and development studies. It looks primarily at the nexus of the Cold War and decolonisation in Southeast Asia, exploring the intra-Asian dynamics of the conflict on the one hand and the Soviet Bloc-Asia relations, on the other.

His primary research interest is in Cold War diplomacy in Asia, particularly involving Indochina. His dissertation project looks at the supervision of the 1954 Geneva Accords on Vietnam. Primarily focused on India, the Chairman of the International Control Commission (ICC), the thesis situates Indochina within New Delhi’s non-aligned foreign policy and highlights little known India’s efforts at unification of Vietnam. The study is currently in the process of being transformed into a book manuscript.

His other research focus is on exploring the Soviet Bloc-Asia relations in the Cold War period. Recently published chapter on Polish diplomacy in Asia in the 1950s is an entry step into this second research project set to look at the Eastern Europe-Asia interactions in the areas of diplomacy, development and knowledge transfer. Currently in preparation is an article on Polish scientists in North Vietnam, which will explore themes of socialist modernity and development cooperation within the communist world.

"Getting in the Ring with the Big Powers" - book manuscript
Stemming from his PhD dissertation, this project re-examines the road to the Vietnam War by looking through the lens of the International Control Commission (ICC), a supervisory body established in 1954 and composed of India, Canada and Poland. The study focuses primarily on India, the chairman of the Commission, and New Delhi’s attempts at using the organisation to further goals of its nonaligned foreign policy in Southeast Asia. More broadly, the study examines the limitations of institutions and multilateralism in dealing with big power conflicts of the Cold War.

Eastern Europe-Asia Interactions in the Cold War – research project
The second research project is set to offer a counter narrative to the growing field of literature on Western modernisation as a means of winning the Cold War in the Third World. Based on documents from archives of post-communist Eastern Europe, the project will explore the Soviet Bloc’s political initiatives, developmental and nation-building efforts in Southeast Asia. It aims to determine the scope of the involvement on the one hand, and its reception and appropriation by the host countries, on the other.

“Chasing Dragons: Western Military Power and Reordering Modern Asia” – book project
This international multi-authored book project funded by a research grant from the Ministry of Education (Singapore) is set to redefine the role of Great Powers in reordering modern East Asia from the Great War to the end of the Vietnam Wars and beyond. As collaborator, Marek Rutkowski is involved in two chapters dealing with Southeast Asia in the 1950-60s. The outcome will be published in two volumes with Bloomsbury Academic.

Dr Marek Rutkowski has been teaching Global Studies units at Monash University Malaysia, including Introduction to World Politics and History and Transformation from Above: Globalisation and the State. Prior to joining Monash, he taught as a graduate student at National University of Singapore and James Cook University Singapore.

Engaged in teaching large entry courses, he enjoys reaching out to students from diverse backgrounds and disciplines to spark their interest in Global Studies. He believes in interactive teaching and uses role plays, debates and discussions in class to keep students involved in the learning process.

In his teaching practice, he likes to bring elements of his Cold War research to illustrate processes discussed in class. At the same time, students in his units are tasked from the early stages with their own research activities involving use of primary and secondary sources to develop critical thinking and analytical skills.

Rutkowski, Marek W. (2018), ‘Reassuring Comrades and Courting the Non-Aligned: Poland, the 1957 Goodwill Tour in Asia and the Post-October Diplomacy’ in Philip Muehlenbeck and Natalia Telepneva (eds), Warsaw Pact Intervention in the Third World: Aid and Influence in the Cold War (London and New York: I. B. Tauris), pp. 51-73.

Potential areas of supervision include topics in history of international relations, Cold War studies, decolonisation, nation-building and development, with a  geographic focus on Asia.