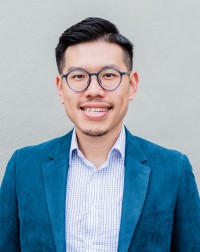 Lecturer in Gender Studies
School of Arts and Social Sciences

Dr Ting-Fai Yu is a cultural anthropologist whose work has focused on the intersection between sexuality, social inequality and critical methodologies in Asian studies. He received his PhD in gender studies (emphasis in anthropology) from the Chinese University of Hong Kong in 2017. Prior to working at Monash University, Malaysia, he was a Fellow at the International Institute for Asian Studies, Leiden University, in the Netherlands.

Dr Yu’s research is situated in the intellectual movement known as “queer Asia” and participates in the ongoing debate over the conceptual frames and methodological inventions towards localising queer studies in Asian contexts. His doctoral thesis is an ethnographic study of the role of class in the subjective production of Hong Kong gay men. Specifically, it examines how inequality is legitimised and reproduced in their lives in the absence of an everyday class discourse. Drawing on the cultural studies of class and theories about cultural practices resulting from East Asian modernisation, it looks at how class is manifested through other categories of social difference (i.e. age, generation, race, culture), and analyses these manifestations as historical symptoms caused by Hong Kong’s progressive transition from an impoverished colonial entrepôt to a first-world economy between the 1960s and 1980s.

Dr Yu is currently writing a monograph based on his doctoral thesis while working towards his next project which examines the historical configurations of class difference in East Asian queer practices and formations.

Dr Ting-Fai Yu’s research is situated in the intellectual movement known as “queer Asia” and participates in the ongoing debate over the conceptual frames and methodological inventions towards localising queer studies in Asian contexts.

Dr Ting-Fai Yu has taught gender studies, anthropology and media studies subjects at the Chinese University of Hong Kong and the University of Melbourne.

Yu, Ting-Fai. 2017. “Borderlands: Towards an Anthropology of the Cosmopolitan Condition, by Michel Agier.” Transitions: Journal of Transient Migration 1(2): 269-271.

Potential areas of supervision include 1) gender, sexuality and queer studies, 2) cultural studies in Asia, and 3) qualitative research on class and social inequality