Arming towards jobs of the future

Last year, a little away from Malaysia, Finland rethinks education by lifting the barriers between the arts and sciences for certain classes. These classrooms become multi-disciplinary learning spaces for those aged between 7 and 16 in the hopes of developing minds capable of grasping international  phenomenon  in a holistic manner.

Looking at issues beyond prescribed skill-sets and discipline is especially important as technology rapidly changes the landscape of disciplines. For instance computer programming and communication is cross-bred into a product such as Facebook. Thus, what seems at first glance to be about technology exercises knowledge and practices at the core of Arts and Social Sciences. In a multi-disciplinary degree program such as an Arts program, students can choose from diverse areas of study such as Communication, International/Global Studies, Gender Studies, Journalism, Writing, and Screen Studies, among  others.  The hallmark of an Arts and Social Science degree is the set of skills, attitudes, aptitudes, and values that these areas of study hone in their graduates—the ability to reason logically, to draw on different points of view in evaluating options, and more importantly, to provide that holistic perspective on key issues of the day. These are the skills for the jobs of tomorrow.

Kenneth Yu, founder and chief executive officer of Spurpress, a marketing agency and consultancy specialising in the digital platform foresees that jobs of the future may have no prior forms of qualification. Yu earned his Bachelor of Arts (Honours) from Monash University, majoring in Visual Culture.

He mentions, “Where Gen-X were trained in honing single skill sets, the subsequent generations need to be agile.”

Yu, who is the World Brand Congress Asia-Pacific Digital Marketing Influencer 2016, shared, “In job interviews, they don’t look at the degree. The jobs of the future may have no prior qualification. It is an agility test. It is how well can I roll with the punches.”

An arts and social sciences education does not allow students to take situation and information as it is. As factors such as perception, biases and experience forms a person’s point of view, arts and social sciences training allow students to unpick the fabric that forms a person’s view. This provides the foundation for students to craft messages in fields that involve people.  In such degrees, students are required to research and justify their opinions. This develops their critical thinking skills. 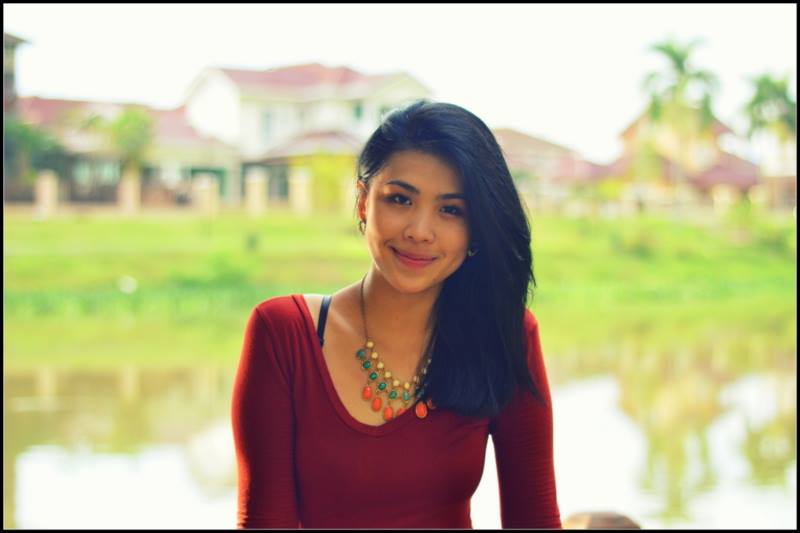 For Nicole Chin Sweet Yen, a senior account executive at Leo Burnett, she described the research process as vital for building critical thinking. Chin who earned her Bachelor of Arts in 2014 from Monash, is a member of the Monash Golden Key Honours Society since her first year in 2011. The society is  an  association for the top 15% of students of Monash.

“In classes, we were given a bit of information. Ninety per cent of the stuff you have to do is by your own research or by speaking with teachers and classmates. Then, you argue your point of view,” she said.

The method has helped Chin in her career as she described a situation where she stood her ground in a discussion regarding a client’s campaign, earning a nod of encouragement from Leo Burnett’s leadership.

“Monash encouraged that. You’re surrounded by opinionated people, so you can’t keep quiet.”

Lim Zhen Hui, Stratos Consulting Group Sdn Bhd research manager stated that the theories learned in classes help explain current affairs and situations.  Lim graduated from Monash University with a Bachelor of Arts in 2008 before working as a political staffer. After a year, he began his path  into  research at the Merdeka Center for Opinion Research. Lim also completed his Master’s in Communication and Media Studies at Monash University in 2014.

“Monash gave us some understanding about key issues such as how to govern the country. Monash also gave us the theories to understand these incidences. These theories help explain what is happening in our country at the time,” he said, referring to Malaysia’s 2008 elections.

However, the strength in good education should not be limited to situations learned in classroom. Good education at the tertiary level focuses on exposure. “People don’t realise in university, the university education opens up your mind. It prepares your mind on how to question,” he  shared.

Eng Sze Jia, Monash University Bachelor of Arts alumni of 2010 said “The issues discussed in classes regarding rights, the urban poor and gender and politics is rarely discussed elsewhere at our age. Shaping informed opinions and reasoning them creatively and critically is important in ongoing  issues  or challenges we encounter.”

Eng works as a production coordinator at Industrial Light and Magic located in Singapore. Some of the projects she is credited in are Life of Pi, Hunger Games: The Mockingjay part 2 and Teenage Mutant Ninja Turtles: Out of the Shadows.

Esther Chung, a young member of the working force also observed that, “A lot of skills can be picked up at work. However, producing creative content, soft skills such as having the right attitude and research thinking such as reasoning are not.”

Chung graduated from Monash University with a Bachelor of Arts in 2013. She is currently attached to Astro Radio Sdn Bhd and is responsible for Astro’s English radio stations’ social media platforms and websites. Her work places her in touch with Big Data, where large swathes of information  are  gathered for analysis. In this environment, she shares that her reasoning skills and the ability to support observations with well-thought out arguments places her competitively to her peers.

Yu who also earned a Golden Key membership in Monash University, states that the ability to look at an issue from different perspectives is vital to produce top layers of executive leadership.

“Chief executive officers have to be generalists, which mean they have to think better than a specialised skill. Someone from a marketing background may be promoted to chief marketing officer, but the basis of your promotion is on one thing. The CEO has to be able to take a step back and look.  What  Monash gives is the different way of thinking and different perspectives.”

The agility needed by future graduates for traditional and untraditional frontiers is encapsulated by Lim, “It’s about how you pick up skills, how you learn and how you work your strengths.”

The ‘how’ seem to rely on mental software powered by critical thinking developed in higher education in Malaysia. It is these types of skills and attitudes and value perspectives that studying the Arts and Social Sciences helps to provide.