Be true to yourself

Why did you decide to study the Bachelor of Arts?
I decided on the Bachelor of Arts because I was interested to explore the social sciences. Though, to be honest, I was not entirely sure when I first started, but I’m glad that over the years, this program has steadily developed and fuelled my interest and love for learning. I am also thankful for the flexibility as I was able to change my minor from Communications to Gender Studies. 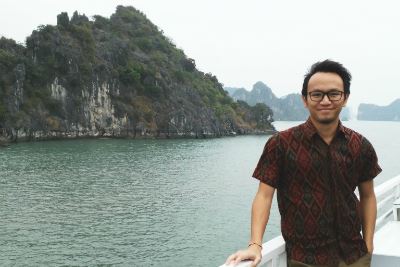 What was it about Monash that made you decide to pursue your studies here?
Primarily, it was because Monash offered a program that I was interested in. Apart from that, it was also because they offer an exchange/study abroad program, which I really wanted to do. I had the privilege of participating in such a program in my fourth semester, which had a significant impact on me.

Can you tell us more about your eight-week internship experience in Hanoi and what you took away from it?
Yes, I was as an intern with the Centre for Creative Initiatives in Health and Population (CCIHP) in Hanoi for eight weeks between November 2016 and January 2017. Prior to that, I completed two other internships in Malaysia, which is why I was motivated to do my third internship abroad. Overall, I had an extremely rewarding experience. It was, of course, difficult at times due to the language barrier, but my colleagues were extremely supportive, understanding and welcoming. There is indeed much joy and value in intercultural exchange and friendship! Throughout my internship, as I was more involved in writing and editing papers than before, I think I realised the value and importance of academic research. Besides that, I also became more aware of my privilege - the privilege of a quality education at Monash and the privilege of doing an internship in another country, which I am so thankful for. As a matter of fact, it was during my time in Monash that I became acutely aware of my privilege, which I now see as a sense of responsibility.

What other opportunities did you participate in while at Monash?
While I was in Monash, I had the opportunity to participate in a study trip organised by the School of Arts and Social Sciences (SASS). It was the ‘In Search of Yangon’ study trip. It was such an amazing learning experience and of course, a lot of fun! As this study trip is organised one a year, I highly recommend all SASS students to apply and participate if they can because it will be so worthwhile. Another opportunity I had was my exchange semester in Leiden University in the Netherlands, which as I said earlier, had a significant impact on my life that I am so thankful for. Lastly, in my last semester in Monash, I am very glad and proud to have been able to be part of the MUSA Wom*n Officers. I am particularly proud that we were able to organise this event called ‘Inclusivi-TEE’ which was primarily an event to emphasise and celebrate the Monash values of inclusion, openness, and respect, as well as to encourage participants to take a stand of non-discrimination. Personally, this event was very meaningful to me and I hope that Monash would encourage and support more events like this in order to create a university that is truly inclusive and progressive in the near future.

How has industry exposure made a difference for you? Did it consolidate what you have learned from your undergraduate course?
Yes, it certainly did. More specifically when I was in Hanoi, I was able to relate and apply a lot of what I learnt in my Gender Studies classes in the work that I was involved in. This helped me significantly in completing my tasks and in facilitating conversations with my colleagues.

What do you love most about your student life at Monash?
My friends and the academic environment, which includes my wonderful and supportive lecturers.

What are your career goals?
My university years have definitely been my most transformative years, but then again, that’s something I say for most of the important experiences in my life! Anyway, my point is that my time in Monash has really made me think about who I am and who I want to be. As someone who has learnt a great deal about the social injustice in the world, this is something I have become most passionate about. Therefore, my career goals would be in that direction, to fight against social injustice. Having said that, my career goals would preferably be in the protection and promotion of human rights.