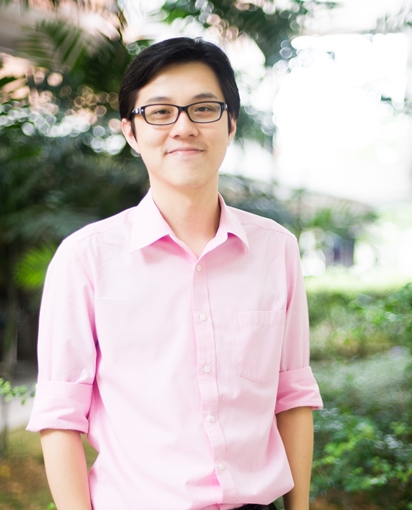 Some Thoughts on Fake News

The term “fake news” is a catchphrase and point of discussion and has found its way into everyday use in many countries and contexts. Even in Malaysia, we passed and shortly thereafter repealed a bill on fake news this year itself.

What is fake news, or media misinformation? What are some things that we need to think about, before sharing the next piece of juicy information, that pops up on our social media or WhatsApp groups? Dr Tan Meng Yoe, coordinator of the Master of Communications and Media Studies program in Monash University Malaysia, shares his thoughts.

“Fake news” refers to the deliberate spreading of information through news channels. This isn’t exactly a new phenomenon. It gained prominence during the last American presidential election, where one candidate repeatedly accused the mainstream press of biased reporting, in favour of his political opponent. Since then, the term has been applied in relation to any form of scrutiny and suspicion towards news media.

On the surface, it’s not entirely a bad thing that misinformation in the media is now getting a lot of attention. This means that there is an increasing interest in what “truth” is.

Misinformation is wrong and dangerous.

This is true not just in the field of journalism, but on any form of content sharing in the media, both on a personal and institutional level. For example, individuals who take to social media and WhatsApp to propagate unproven alternative health claims as fact, or companies and agencies that engage in misleading advertising, can be labelled as people who spread misinformation.

Everyone can make a mistake

However, to be fair, not everyone deliberately shares false information, and anyone can make a mistake in disseminating something that turns out to be false. A common factor behind these errors of judgement lie in our pre-existing biases, be it political, ideological, or cultural. These biases play a huge part in our processing of information. It’s quite natural to prefer information that conforms to our worldview. It’s easier to believe a message slandering a politician we dislike, because we’re already mentally primed for it.

We need to train ourselves to be more careful. One way to approach this is to realise that it is a matter of ethics. We should strive to pursue and defend the truth first, over our personal taste on any given subject or person. It is better to defend the truth about someone we dislike, than to propagate a lie just to win an argument. The first demonstrates integrity; the second makes us a liar.

Our ability to share content is an immensely powerful thing. Not too long ago, there was an outbreak of Buddhist-Muslim violence in Sri Lanka. It was widely reported that Facebook played a key role in stirring up inter-religious tension, by spreading incendiary misinformation and instigating violence. This led to riots, vandalism, and at least one death.

Another example is the anti-vaccination movement, which is on the rise. It is a fair concern many parents have about the risks of vaccinating their children. However, it is important to remember the trigger point for this movement – the publication of a journal article that linked the MMR vaccine to autism. It was published in a reputable journal, subsequently disproven, and retracted. Yet the initial published claim persists today. Misinformation continues to persist.

These are just selected examples to highlight the immense danger of spreading falsities. Therefore, our communication must be treated with care. Never share anything immediately. It may sound a little counter intuitive. After all, social media is designed to make us share, share, and share. But the ten extra seconds we take to critically analyse content that comes our way can positively impact our entire network of communications. If the truth is important to us, then the effort to verify information is a mandatory step.

All of the above are things we can think about in our everyday use of the media. It is, however, only a preliminary discussion. The big picture is the work towards building a society where fake news, or any form of misinformation will not be tolerated, and where content creators put truth and ethics on the forefront of their careers.

To achieve this, the need for responsible and ethical content creation, critical thinking skills, digital and online literacy, are just a few of the many things that we need to develop in society, on a personal and professional level.

For more information on the Master of Communications and Media Studies program, please click here.