“My transgender student will never, by Malaysian law, be able to challenge her gender and sexual identity, and may never be able to legally change her name,” wrote one participant of a gender inclusivity workshop conducted in Monash University Malaysia.

“Imagine what happens when she wants to open a bank account, buy a car and house, register to vote, and do a multitude of tasks we take for granted with our heteronormative identities. She may never be able to legally marry the person she loves in this country.”

Realisations such as these were the fruit of the workshop “Understanding Gender Inclusivity in Malaysia,” which recently won its organising team a 2018 Vice-Chancellor Award for Diversity and Inclusion at Monash Malaysia.

Aimed at providing “a safe space for honest discussions,” the workshop raised awareness among university staff regarding gender and sexuality issues in Malaysia. The organisers hoped to help Monash staff ensure the dignity and safety of diverse staff and students without compromising on their personal beliefs.

The 16 participants – comprising academic, library, and counselling staff – were able to express their apprehensions, concerns, and ideas regarding gender variance and sexual diversity. 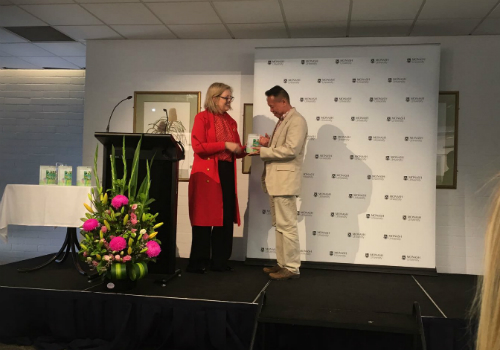 Participants prepared for the workshop in advance through a lively online discussion, which revolved around a brief article by the late Malaysian activist Zaitun Mohamed Kassim (“Sexuality under Attack: The Political Discourse on Sexuality in Malaysia”, 2006) and a documentary (“Creating Gender Inclusive Schools”, Skurnik, 2016).

One participant remarked, “It's frightening that this belief that one’s sexual orientation can be ‘prevented’ or ‘cured’ is endorsed by the Health Ministry when mental health professionals and organisations worldwide have condemned conversion therapy as being ineffective, and even moredamaging to the mental health of the client than their original condition.”

When participants gathered for the face-to-face workshop, they engaged in further discussion over three presentations and a role-play conducted by Dr Goh and Kumaresan, and over Malaysian case studies of discrimination and violence.

Dr Goh delivered the first presentation, “Facets of Gender”, on the basics of sexual orientation, gender identity and expression, and biological sex. Kumaresan gave the second presentation, “Gender-Related Struggles in Malaysia”, on gender biases and sexual harassment. She identified contemporary issues of discrimination in Malaysia. Lastly, in the third presentation, “Human Dignity: Creating Safe Spaces”, both Dr Goh and Kumaresan spoke of attaining a common ground of non-violence and preservation of dignity for all staff and students, particularly for gender-variant and sexually-diverse individuals.

Dr Goh and Kumaresan also enacted a role play, which sparked fruitful discussion. The scenario featured a trans woman staff member who filed a report with the Human Resources (HR) office for sexual harassment by a male colleague, and was further victimised when she faced incredulity from the HR officer.

After the workshop, participants wrote short reflections on how they could take practical action towards gender inclusivity on campus. One campus counsellor suggested changing the “male/female” answer on forms to the more open-ended “fill-in-the-blank” for gender. Another suggestion was to display a LGBTIQ-friendly symbol, such as an office-door sign or wearable badge.

Meanwhile, an academic staff member proposed, “I would treat all of my colleagues and students equitably irrespective of their gender orientation. Even if I notice someone as LGBTIQ, I will not behave differently so that they will feel comfortable communicating with me.”

For their successful initiative to create a more inclusive climate, Dr Goh, Kumaresan, and Dr Bong won a 2018 Vice-Chancellor Award for Diversity and Inclusion.

The award recognises staff and students who make an outstanding contribution to fostering diversity and inclusion at Monash University, especially for people from disadvantaged and marginalised groups. The award selection committee – consisting of 10 members, half of whom are student representatives – determine if nominees have impacted members of campus or the broader community through an innovative program or initiative. The award total in 2018 was $15,000.

Dr Goh, Kumaresan, and Dr Bong had invested much time into crafting the workshop, on top of their regular responsibilities. With support from both Monash University Australia and Monash Malaysia, they designed it as part of an existing professional development module for CEED (Continuing Education Excellence Development). The workshop is the first homegrown CEED module which covers gender and sexuality issues at the Malaysian campus.

The CEED module is part of on-going campus-wide initiative which  focus on raising awareness on issues of gender variance and sexual diversity.