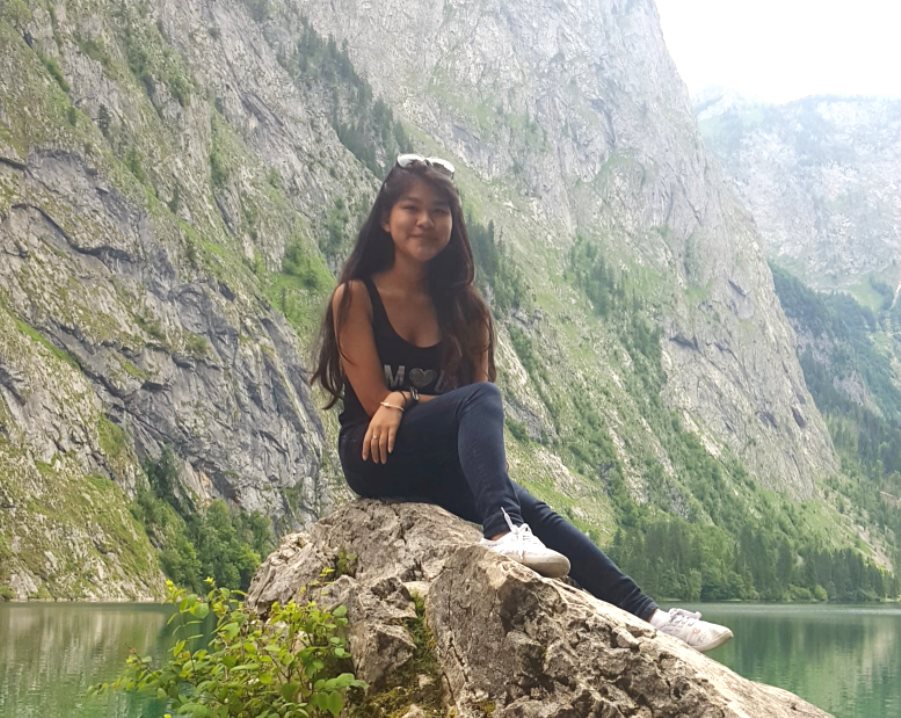 After finishing my A-levels, I took a gap year to figure out what I wanted to do next, knowing that my Bachelor’s degree would play a big role in shaping the direction that my life would take. I knew that I wanted to study something that would allow me to make a difference in the world, I just did not know what that something would be – Malaysia, after all, is not the most conducive for liberal arts and social sciences.

Upon recommendation from someone, I met Dr Helen Nesadurai in 2015, and hearing her explain the Global Studies program changed everything. With each answer to my many questions, I was convinced that I had found my perfect match in a major. I still feel the same 3 years later, after having (nearly) completed my degree.

I think that my motivation lie in the fact that inequality is so rife in the world we live in. As a child my understanding of inequality was fairly shallow: not everyone has food to eat, “you cannot play alone outside because you are a girl”, and that sometimes tragedies happen. After studying Global Studies, however, this now extends far deeper: into understanding the nuances and reasons behind why governments enact certain policies, how ideologies and beliefs shape people, communities, and the world, and the interplay of factors that can induce and bring change, and right wrongs. This may sound very idealistic and theoretical, but the use of case studies and real-life examples show that theory and reality are often complimentary.

Global Studies has also filled many gaps in knowledge that I did not even know I had, kindled interests in topics I had never thought about, and allowed me to try new things academically. ‘Introduction to World Politics and History’ taught me a little more about world history, something that my prior education barely skimmed the surface of, ‘Governing the Global Economy’ about the interconnectedness of politics and economics, which I had never given much thought to. ‘Global Research’ allowed me to write my own research paper on any topic of my choosing: I wrote mine on ‘Gender and Poverty in Laos, Cambodia and Vietnam’, delving deeply into a topic that I care about greatly, and with guidance, culminating in a research paper that I was very proud of.

Taking the ‘Transformation from Below: Civil Society, Social Movements and Political Change’ unit this semester will always be special for me, considering the 2018 Malaysian general elections and the momentous change that occurred. Being a bit of a cynic, I never thought that it would have been possible at this time. I participated by voting for the first time, as well as by taking part in the electoral process as a polling agent; watching the results come in was surreal. It made me believe in the power of democracy and the people.

The Workplace Integrated Units which are called ‘Task Force: Responding to Global Challenges’ and ‘A World in Crisis: Multilevel Responses to Global Emergencies’ were simultaneously the highlights and the biggest trials of my Global Studies major. They are both highly dynamic units that demanded we wield all known skills and capabilities and developed those we did not yet have.

I had never been so challenged, and found that being thrown into situations like these causes you to cope under pressure, and adapt to the best of your abilities, especially when faced with the unpredictability that is the trademark of these units. For me, the hardest part is usually the teamwork aspect - navigating the different personalities, work styles and dedication levels of team members is never an easy task. As someone who usually takes charge and leads the team – whether de facto, or officially – the responsibility to move the project often falls heavily on me. These experiences have, as designed, made me feel like I am ready to face, and cope with the stresses and realities of the real world.

Another defining characteristic of this major is the ‘Global’-ness of it. I had the opportunity to spend a semester abroad at Leiden University in the Netherlands, which is regarded as the top university in the country. It was an experience from which I have grown from, both in terms of personal growth and “adult-ing” skills, as well as academically as some of the units were particularly eye-opening like the unique ‘Race Culture and Classification’ class which gave me deep insight into the history of the concepts of race and racism.

In essence, I feel like holding a major in Global Studies has really helped me grow into the person that I want to be. I am assured of my strengths and aware of my weaknesses, have greatly honed my critical thinking, analytical and debate skills, and have met and been inspired by many people within the field – peers and lecturers alike. Upon graduation, I intend to either venture into politics or work in a non-governmental organisation. Undoubtedly, what I have learnt has given me the foundation necessary to succeed in these fields in future, with the long-term goal of eventually setting up a social enterprise in Malaysia that will reduce inequality.

Alicia Nicholle Ng E-lyn is a final year student at the School of Arts and Social Sciences, Monash University Malaysia. To find out more about the programs offered, please refer to the following courses: