On the 2nd of December 2019, thirteen students from the School of Arts and Social Sciences, led by Associate Professor Yeoh Seng Guan and assisted by Ms Hong Di-Anne, set out on a 10-day study trip to China. Before the trip, students had submitted annotated bibliographies and attended an introductory lecture on China.

The study trip unfolded in three localities – the Suzhou Industrial Park, where the Southeast University-Monash University Joint Graduate School is located; the historic quarter of Suzhou; and bustling Shanghai.

At the Monash Suzhou campus, students attended a number of lectures conducted by various scholars. Professor Zheng Xian of Soochow University shared on the history of the city of Suzhou and students learnt of the unique characteristics of the people and culture of Suzhou, and their long-lasting influences on Chinese society in general.

On another day, Professor Zheng Xian returned to give another talk on communications technology, popular culture, and Suzhou youths. He expounded of how the internet and social media have changed some of traditional aspects of Chinese culture and society.

The closely intertwined aspects of infrastructure and transport was the topic of Southeast University-Monash University lecturer Dr Gu Tianqi. He highlighted the strategic importance of Suzhou’s numerous canals as a vast interconnected transportation network, and their contribution to the wealth of the city. Several centuries earlier, the intrepid European traveler, Marco Polo, had called Suzhou the “Venice of the East”. Like Venice, the many merchants in the city vied with one another in promoting the fine arts and constructing classical gardens.

Finally, Dr Wang Shuyi (Duke Kunshan University) shared on some of the environmental challenges faced in Suzhou and elsewhere in China. Students were impressed by the many environmentally friendly initiatives started by the Chinese government in the face of global climate change and in reducing the country’s carbon footprint.

Other than formal lecture sessions, there were opportunities for informal learning.  During their time in Suzhou, four graduate students from Monash Suzhou were assigned as guides. Through these informal interactions students from both universities learnt much of the aspirations of youths in the countries represented. A get-together was also held with other Monash Suzhou students one evening. Led by Monash Malaysia students, this was a fun time of games and free flowing conversations about a wide range of topics.

The second part of the trip unfolded in the historic quarter of Suzhou. Students stayed in a renovated old building now converted into a Youth Hostel along Pingjiang Road fronting one of the canals. Two sightseeing trips were held over two days. On the first day, Mr Frank Zhang, the knowledgeable tour guide took the students on a walking tour of Suzhou Museum and the Humble Administrator’s Garden.

The Suzhou Museum (and Louvre Museum) was designed by the renowned and multi-award winning Chinese-American architect I.M. Pei who had spent some time in the garden villas of Suzhou as a child. Here, students viewed ancient Chinese paintings, calligraphy, ceramics, and relics related to several kingdoms established in and around Suzhou.

In the beautiful Humble Administrator’s Garden, students experienced firsthand the aesthetics of a Chinese classical garden which they had heard so much about. This vast garden, the biggest in Suzhou, is a UNESCO World Heritage site. Its original condition has been largely kept intact since it was first built in the 16th century. Here, students were enlightened on the various design aspects of a Chinese garden as well as the architectural significance of the buildings within it.

The next day, students were taken to the equally impressive Zhouzhuang Water Town in Jiangsu Province. As the name suggests, Zhouzhuang is a scenic town built on a lake and intersected by canals. The town has several well-preserved residences and stone bridges dating back to the Ming Dynasty. Students were taken into several merchant residences to admire and understand their interior layouts and design.

The final leg of the study trip brought the students to Shanghai, one of the most populous city in China with 24 million residents. Here, students stayed within the historic precinct known as The Bund (or Waitan). For a better understanding of the pre-colonial, colonial and postcolonial history of the city, students first visited the Shanghai History Museum. Later in the evening, the students went to the ever-busy Bund waterfront to view the iconic buildings along both sides of the Huangpu River spectacularly lit up in colour and busy with cruise ships.

On the penultimate day, Mr Peter Jacobson, a long-time resident of Shanghai, took the students for a walking tour to a few old neighbourhoods facing imminent “urban renewal”. Students were given a rare opportunity to see a less glittery side of the city and learnt more about the impacts of urban redevelopment as well as some of the strategies of local residents in trying to maintain a foothold in central Shanghai.

The study trip was an eye-opening for many students who had not visited China before. They were provided a glimpse of both Old and New China, and a better understanding and appreciation of how this global power is set to alter the course of world history in the decades to come. 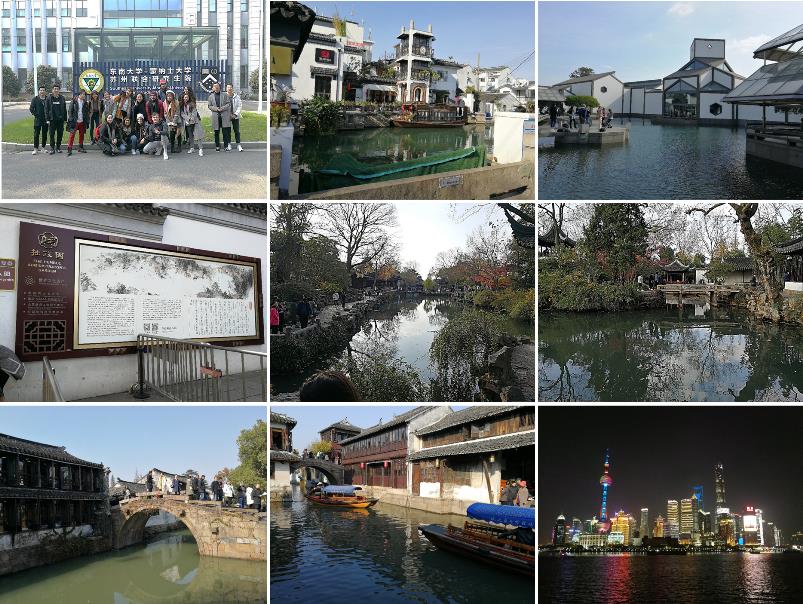