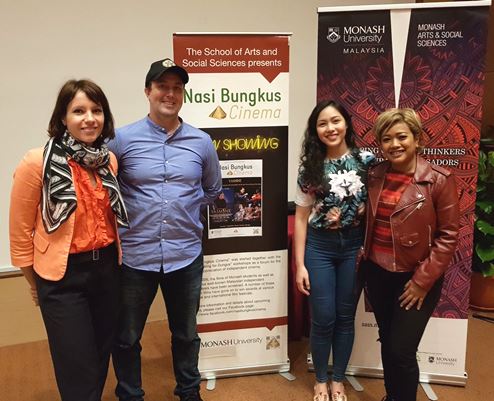 This year’s Nasi Bungkus Cinema, hosted by the School of Arts and Social Sciences, and successfully run for a number of years by Dr Jonathan Driskell, has kicked off with a very special event – the screening of the first ever feature film from Brunei – Yasmine (2014), directed by Siti Kamaluddin.

The film focuses on a young woman who lives with her strict father and aspires to become a champion at the popular martial art silat. Yasmine is the film debut of Brunei’s first female director Siti Kamaluddin, who has recently founded the first film school in the country, with the aim to train the next generation of film professionals. This engaging coming-of-age story explores traditional gender roles, teenage rebellion and inter-generational struggle, as the protagonist Yasmine (played by Liyana Yus) pushes the boundaries to achieve her dreams. 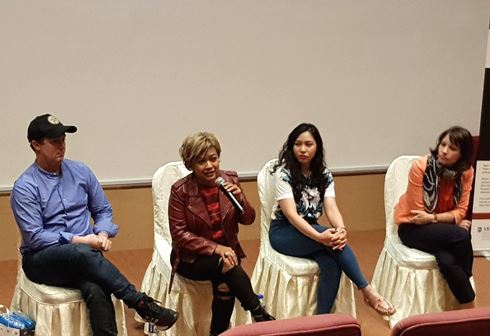 Our special guests, the award-winning director Siti Kamaluddin and the Dean of Mahakarya Institute of Arts Asia, Dr Alex Fischer, were in attendance for this event. The screening was well-attended by Monash University students and staff, KL-based film professionals and film enthusiasts from the general public. A very special and surprise appearance was made by the lead actress Liyana Yus, who made it to the screening and also participated in the Q&A afterwards. During the Q&A, the director, Siti Kamaluddin shared her experience of making a first feature film in Brunei, the challenges she faced and her passion for the art of silat with the interested and lively audience. Finally, both Siti Kamaluddin and Dr Alex Fischer talked about their journey of creating the first professional film school in Brunei, and the future plans for the small yet promising film industry of this South-East Asian country.

To follow our future screenings and for more information on Nasi Bungkus Cinema, please visit the Facebook page: https://www.facebook.com/nasibungkuscinema/