Dr Nicholas Chan, lecturer in global studies, gave a guest lecture for 150 students at Chung Hwa Middle School in Kuching on 20 June 2019 at their school auditorium, at the invitation of their history teacher. Entitled 'Cooperation and Conflict in World Politics', the lecture began with a brief introduction to the School of Arts and Social Sciences, and the areas of study offered through the Bachelor of Arts and Social Sciences degree.

The lecture's main demonstration activity was to invite 20 volunteers to participate in a simplified Prisoner's Dilemma exercise, where two groups of ten students had to decide whether to cooperate or compete with each other. If both sides cooperated over a number of rounds, there would be a winning prize of Monash-branded USB sticks. However, if both sides failed to cooperate, their teachers would receive the prize. While both sides began through a cycle of competition, meaning that the prize looked out of reach, towards the end of the activity they negotiated a secret deal so that one side would be allowed to 'win', but that they would have to divide the prize with the 'losing' group.

Following the demonstration activity, Dr Chan then introduced some of the concept of trust that the activity illustrated, and discussed the ongoing US-China trade war through this perspective as a trust-deficit and trust-building problem. The trade war is a collective action problem, where free trade benefits both sides - but where the temptation to cheat or claim a greater share of the gains from trade, remains large. The lecture also highlighted ways in which the trust deficit could be rebuilt, and how both sides could be assured about compliance by the other side if a new agreement were to be reached. 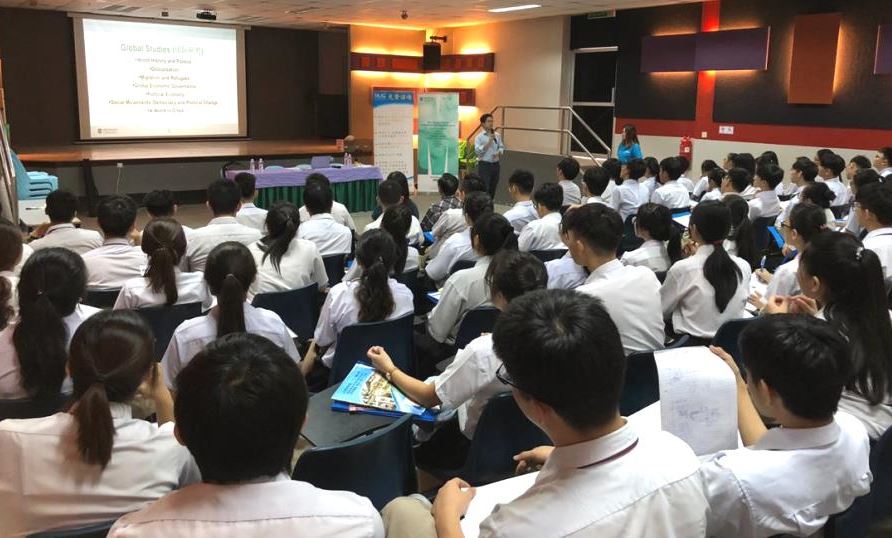