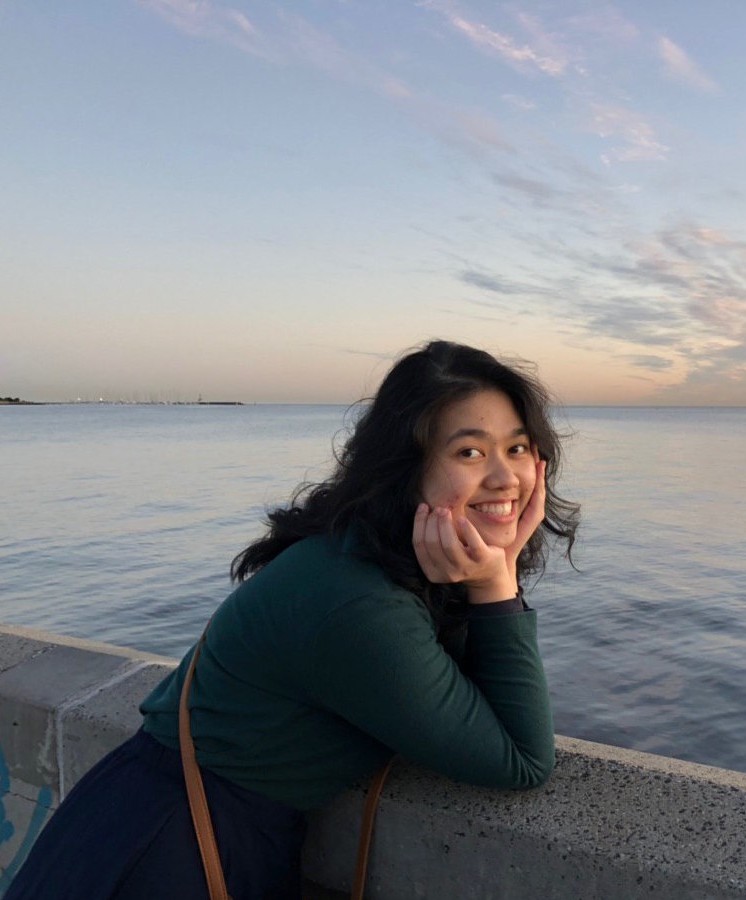 My love for film and television stems from the solace I seek within the stories they tell - the hints of nostalgia and creativity, and the reflection and caricature of reality all embedded in the process and product of cinematic expression. I decided to enrol in the Film, Television and Screen Studies major at Monash because I was and still am intrigued with the indelible presence of screen media in everyday life; the way it intertwines with various aspects of our lived experiences and identities.

The idea that I could delve into a passion of mine at university was exciting and as I later realize, also challenging but, in the best way possible. I was encouraged to step beyond my own comfort into a world that was both familiar and new. The Film, Television and Screen studies major at Monash explores an array of screen media: cinemas spanning across nations and time periods, popular and less-mainstream television series, film histories and film stardom. It is liberating and enlightening being able to engage with a variety of content – it is as if I am constantly seeing the world with a different pair of eyes.

The first-year unit, Film Studies: Forms and Approaches, introduces how films are made and the ways in which they offer a view of the world. Different formal and stylistic elements are explored each week before diving into theoretical approaches to cinema. As I deconstructed films only to piece them back together, I realized how cinema provides not only images of the world and the societies we interact with but, also illustrate the entwinement of culture, politics and history in the arts.

Film Genre is another riveting unit whereby, it focuses on the exploration of various film genres from noir to the musical to interesting genre hybrids like the fairytale horror. During this unit, I was exposed to how genres are influenced and informed by history, culture and politics. It provides an insight into the processes of meaning-making which vary according to time and place.

Attending lectures and tutorials is always an exciting endeavor. A different film or television episode is presented each week and sometimes the occasional workshop to ensure students comprehend the materials and assignments. I would always collect my thoughts during lectures and screenings to later reflect upon them or bring with me to tutorials where opinions are always welcome. The subjectivity of screen media becomes apparent as classes are turned into a rendezvous for ideas and discussions.

When what we see on the screen is explored using a textual approach and analyzed through critical and historical lenses, films, television and even YouTube videos take on more meanings. In identifying and studying these meanings I witnessed how screen media weaves itself into other parts of reality: culture, history, globalization, philosophy, and the list goes on.

Now, societies everywhere have found themselves amidst trying times. While I adjust to the new norm, a life so different from that of only a few months ago I am constantly met with a creative block. As a person who relies on creativity and imagination to cope, I found it hard to endure the days which seem to merge into one another. There was no telling when the week began and when it ended. With that, I turned to film and television for comfort. Reminded of the knowledge and perspectives gained from the Film, Television and Screen Studies course, I gradually rediscover the presence of creativity and inspiration even in the confinements of self-quarantine.

In light of recent and past events addressing the injustices present in our world, I become aware of the power of screen media. How it connects societies and educates us about unacknowledged truths. That said, screen media inspires and incites questions, forcing us to challenge ideas and presumptions; I myself have been encouraged to confront my own thoughts, biases and acknowledge my privilege.

I am confident that the creative and critical thinking skills fostered through the Film, Television and Screen Studies major will enhance my career prospects. This course has broadened my perspective of the world, nurturing my ability to understand cultures and histories. Therefore, creativity when paired with a broad perspective gives one the upper hand in matters of problem-solving as it provides the appropriate tools to assess everyday conundrums and seek sustainable and innovative solutions. Gaining these traits and skills prepares me for whatever the future may hold.

Being a student in the School of Arts and Social Sciences, I have encountered many enlightening experiences. While at Monash I have met a plethora of individuals from different backgrounds whose views on life have furthered my knowledge and beliefs. Moreover, I also have the privilege of being taught by world-class lecturers and tutors whose passion for their craft and teaching inspires me to approach academia with excitement and intrigue. They not only help me navigate through this maze of undergraduate studies but also illustrate the ways in which I can make a positive change in this world.

I came to Monash in hopes of learning about the complexities of life and the universe. However, I realized this has not only been a journey of intellectual growth but an adventure of self-discovery. It is invigorating being able to learn in an environment where I am constantly inspired to be a better person; a place where creative expression is encouraged and valued. The art of cinema, television and screen media lies in its capacity for storytelling to ignite an experience, making us feel empowered and vulnerable. I now appreciate art not only because it carries meaning, but also because it forces us to feel emotions and reminds us of what we have forgotten.