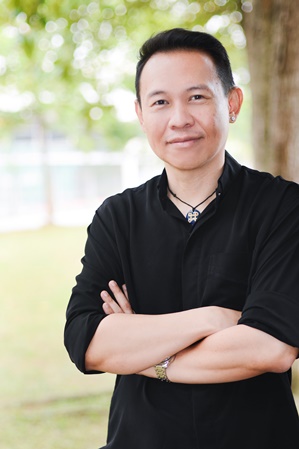 In today’s world, issues of gender and sexuality feature prominently in the public sphere. As sexual minorities have long been victims of discrimination and harassment, it is imperative that this increased exposure goes some way towards easing the injustices they experience as a community.

One major avenue for such redress is through research, especially toward improving the lives of the sexually marginalised. It is clear, however, that the struggle to do so has to take place on many different fronts.

“There is nothing human that is untouched by gender and sexuality,” explains Dr Joseph N. Goh, a Gender Studies lecturer at Monash Malaysia. “Sexuality studies looks at how sexuality cuts across various disciplines and areas of human reality. For example, how does sexuality speak to politics, activism and citizenship? How does sexuality inform socio-cultural ideas and community living? Where is sexuality in the political economy, for instance? And also, very importantly, how do gender and sexuality figure in religion and theology?”

It is perhaps this final intersection that is the weightiest to unpack, carrying deep personal resonance for researchers, theologians, sexual minorities, and other members of society alike. While religious discourse has often been unfairly wielded as a weapon against LGBTIQ (lesbian, gay, bisexual, transgender, intersex, and queer) communities, researchers like Dr Goh actively work toward making theological spaces more inclusive to the sexually marginalised.

A large part of this approach involves debunking the idea that practicing a religious faith and advancing the rights of sexual minorities must exist in opposition to each other. As Dr Goh points out, theological platforms offer some of the most powerful opportunities for supporting those suffering discrimination on these grounds.

“There are a lot of efforts being taken, by civil society organisations and other forms of organised social movements, to fight for the rights of the gender-variant and sexually diverse,” he says. “But people hardly ever realise that those rights have to be fought for within religion and theology as well.”

For Dr Goh, an ordained Christian minister and self-identified theological activist, taking on this task has been his life’s work. Through bringing a new lens to theology and religion, he and other sexuality studies researchers are able to move closer to understanding the complicated, but crucial relationship between sexuality and religion.

“What if,” he states, “there is a deep connection between spirituality and sexuality? What if we can help people see that sexuality is very much a part of spirituality, and vice versa, regardless of gender and sexual identifications? For people of faith, who have to struggle with so much in their lives, especially LGBTIQ people, why provide them with one more avenue to diminish their sense of being? Why not look at the ways in which theology can be used to help them?”

Asking these pressing questions can lead to very crucial, meaningful outcomes for the communities involved. For instance, Dr Goh currently acts as a consultant with the Asia Pacific Coalition on Male Sexual Health (APCOM), which is presently researching the ways in which religion-related reservations may be preventing people in the region from accessing health services, such as HIV prevention and treatment.

“A lot of people who contract HIV feel that they’re getting their just desserts,” he explains. “It’s not that LGBTIQ people are getting HIV more than non-LGBTIQ people, but LGBTIQ people – and here I'm especially talking about transgender women and gay men - seem to suffer a triple blow when they contract HIV.”

“For one thing, they're already considered sexual pariahs. To exacerbate the marginality, they contract HIV, which is a disease that is often associated with promiscuous people – though this is totally not true. Some of them feel that this is a form of punishment from God, and they go into a space of self-blame and self-destruction, and inflict greater self punishment on themselves by not seeking treatment, in order to make reparation and atonement.”

This illustrates precisely why a theological-based activism is so essential toward advancing the well-being of sexually marginalised people. “The intersection here,” says Dr Goh, “looks at how the resources of religion should be used to help restore these people back to health and a more holistic way of living, towards greater self-acceptance and self-love.” In this way, the bridge between sexuality, theology, and activism can serve its most critical function – giving back to the communities who have the most at stake, as a starting point for even larger social transformations.

This article is the second in a 3-part series on the gender studies major at Monash Malaysia’s School of Arts. For more information, please visit www.sass.monash.edu.my. You can read the first installment here. (http://www.monash.edu.my/news/archive/2016/pioneering-the-gender-studies-major-at-monash-malaysia).