The Internet as a Mirror

What does your use of the internet say about who you are? To be clear, the question is not asking what the internet says you are – which means that the answer does not lie in conducting a Google search on your name and seeing what pops out. Specifically, it asks about your practice of using the internet, the types of sites that you visit and not visit, the attitude you take when engaging with internet content, the behaviour you adopt when interacting with others online among others, and what these practices express about your identity.

People spend a lot of time online evaluating how others present themselves, whether it is on social media, online games, or other platforms for online communities. Due to the high degree of communicating with others through only their digital representations, a common concern raised is that there is a lack of authenticity in how we relate to others. This concern stems from the misconception that the offline and online are two different realities. However, the online and offline are not separate entities, or spaces, that are inhabited by different people. The reason for this is simple: People use the internet. Even if they are a completely different person in a Massively Multiplayer Online Role Playing Game (MMORPG), Facebook, or any online forum, they are expressing something about themselves.

I am not suggesting that everything on the internet is to be believed as true. To begin with, we already have trouble identifying “authentic” friends without the complication of the Internet. I am also aware that alternative facts are being consumed as gospel truth by people in every political spectrum. It also goes without saying that the Internet is a platform in which a lot of criminal activity takes place, but all of this does not dilute the point. In fact, it expresses many things about the people who perpetrate these wrongdoings. They are authentically evil, twisted and cunning. So, yes, the internet is a minefield that requires wisdom, education, and common sense to navigate.

A cheeky question to further probe the notion of authenticity is to ask ourselves if we are authentic on the Internet. If yes, then why do we assume that there is something less authentic about the way others use it? This leads to the uncomfortable accusation that I am the only authentic person in the universe. Secondly, if we assume that authentic relationships are a rarity online, why do we engage with it so much? Are we wilfully endorsing an artificial and shallow community while thrashing it as inauthentic? These questions suggest that a less hypocritical approach to considering online social networks is needed.

How then, do we direct the enquiry of authenticity on ourselves? Here are some questions that are worth thinking about critically in our daily use of the internet.

As my research is primarily in the area of online religion, the examples that I draw on to explain the issues will come from within the context of inter/intra-religious engagement online. However, this should not deter anyone from applying these questions to their everyday online habits.

Recently, a Malaysian online news site  published an opinion piece written by a Christian academic regarding his experience attending a Christian healing rally, held over three days in a packed stadium. In the article, he wrote about his skepticism toward certain charismatic Christian practices associated with the event, while clearly stating that he was open to the possibility that divine healings did happen the night that he was there. The article was not well-received, particularly by a segment of Christian readers.

Stylistically, it is possible to conjecture see how the article may have been written in a way that might offend people, but the comments that followed were arguably a less favourable representation of Christianity in Malaysia. There were a number of threats of violence, people who openly questioned his intelligence, dismissed his inquiry as an expression of inauthentic Christian faith, and other impolite words.

A public Facebook page that I frequent publishes content that encourages inter-religious understanding and interaction. Every now and then, the authors provide commentary that suggest that Muslims in Malaysia should reconsider the way they approach certain socio-cultural issues, such as fasting etiquette, treatment of people of the LGBT community, the appropriate dress code for women, and more. The generally more liberal approach to these issues are often met with comments that involve vulgarity and threats of violence in the name of religion. Are the comments on the page, and in the article described above, inauthentic, or are they concerning because they reveal to us that religion still has some work to do in helping us to become, at the very least, kinder?

In these two cases, we can see that there are people who are unable to engage in views that may differ from their pre-existing beliefs. I call them hate-browsers - people who access content solely for the purpose of stating how much they hate it. There are many mean, nasty, narrow and rude, people online. Maybe some of us are like that, and maybe we are only like that online. Maybe we have never noticed it because we take our online practices for granted. It does not make us inauthentic. If so, it is a good thing that it is revealed online in the public domain, because it means that we can now reflect on it and do better.

It may be painful to look into this particular mirror, but it is absolutely necessary. There are many perils when traversing the internet, but one of the greatest peril is if we do not learn from what it tells us about ourselves.. 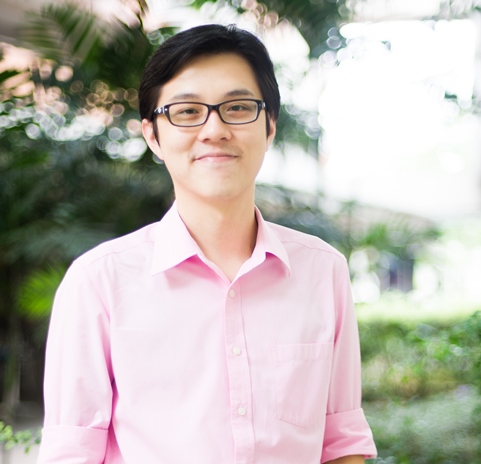