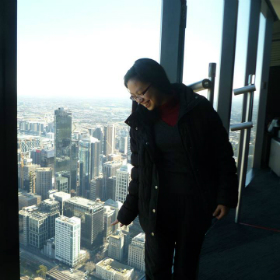 “I chose Monash Australia over partner universities due to the easier application procedures, especially when finding core units that would count towards my degree. The time zone difference between Malaysia and Australia is not that big, so it wouldn’t be as hard to keep in touch with my family and friends back home. “

“I truly believe that anyone who has the opportunity to go on exchange in Melbourne to seize it. Melbourne is truly one of the most ‘liveable’ cities in the world – great food, great transport system and great people. My exchange has opened my eyes to many different aspects of the world and I have grown to appreciate my family, food, home and nature more, simply from being in another country and experiencing a different culture.”

“The Monash Australia campuses are very friendly and chilled, where people can sit on the lawn (with beanbags, if preferred!) and there are a lot of facilities on campus - such as the bookstore, actual restaurants, banks, post offices and post boxes, doctors and pharmacy! The Clayton campus is huge, probably about 10 times the size of Monash Malaysia! The free bus from Clayton and Caulfield is super-efficient, and is usually on time, although the downside is that it doesn’t travel on weekends and holiday periods.” 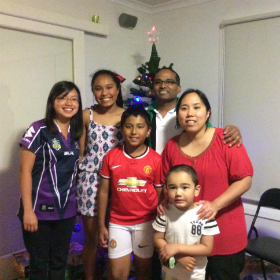 “I decided that I wanted to try living with an Australian family during my time in Melbourne and opted for a homestay. My homestay family was of Indian-Japanese origin, which was pretty fantastic, as I managed to get a mix of three cultures (Indian, Japanese and Western) under one roof. I was also able to learn more about the Australian lifestyle, education system and politics. Monash Abroad/Monash Exchange Club brought us to most, if not all, of the touristy things in Melbourne such as going up Eureka Skydeck and visiting Philip Island. Melbourne also has great brunch places, wonderful gardens and art galleries.”

If you have any questions on exchange or study abroad programs, please send an email to
MUM.MonashAbroad@monash.edu and our Monash Abroad coordinators, Hoo Sze Ling (Hoo.SzeLing@monash.edu) and Tiong Hui Jin (Tiong.HuiJin@monash.edu).

Calling all Monash Australia and South Africa students. Study at Monash Malaysia and get free accommodation, airport pickup and a rebate on your flights – find out if you’re eligible for our very attractive Malaysia package.