The fire disaster happened at 2.30pm, in an empty wooden house in Jalan Elias Abu Bakar.

According to Mr.Yau Wei Lock, the head of the village of Kg. Abdullah, after the residents from Jalan Sia Her Yam found out the fire, they gathered neighboring shop owners to prevent the fire from spreading. A total of 4 vacant lots were damaged in the fire.

SEACO data collector, Ee Che Hao (22) stated that while he was collecting data at the area and he understood that an old woman was at home alone, he shouted and called for her to get out from the house with other residents.

According to Ee, they initially wanted to break the locked front door to rescue the woman as she did not have the key. Fortunately, she escaped via the back door which was left unlocked. The women had inhaled a little smoke and were fine after some rest. 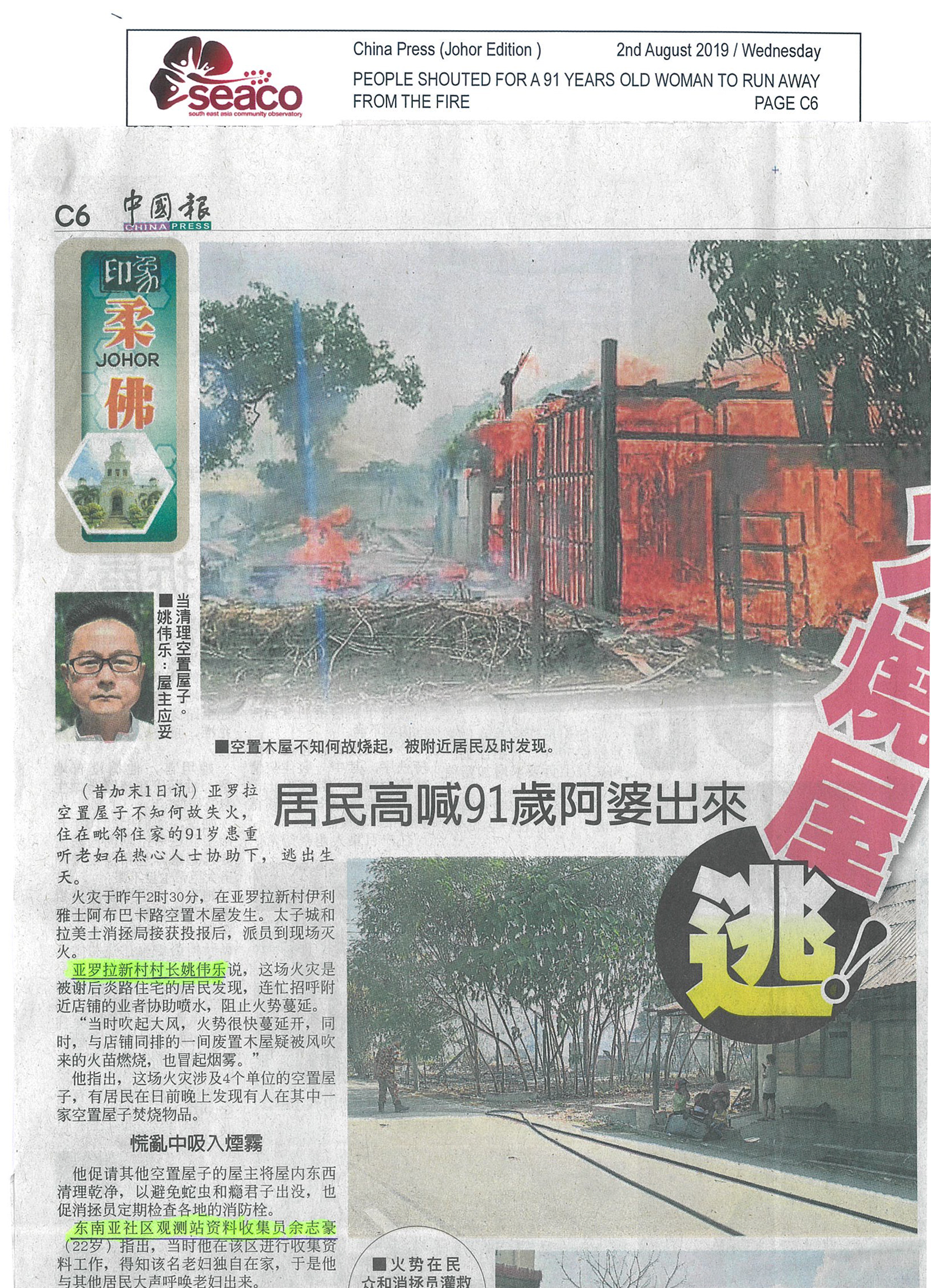