8 March 2015, Sunday- SEACO and SEGI Optometry Club of SEGi University, with the support of the Association of Malaysia Optometrists and HOYA Corporation, organised a community service (visual screening) for Orang Asli in Bekok, Johor. The visual screening was conducted in the morning between 11am to 5pm on 8 March 2015 for the Orang Asli from Kg. Sri Tembayan, Kg. Kudung, Kg. Tamok, Kg. Selai, Kg. Kemidak and Kg. Lenek.

The Orang Asli community members were invited to have their eyes screened for colour-blindness, glaucoma, cataract and vision defects. Sixty-three respondents from the six villages turned up to have their eyes screened. Forty-four of these villagers were identified to have visual problems, and we have provided free corrective eyeglasses to them. The team consists of SEACO staff and 13 students from SEGi University.

The Project Leader, Arthur, and his lecturer, Ms. Chia Jho Yan, worked together with the SEACO team weeks in advance to plan and organise this event. The Orang Asli community was delighted to have their eyes screened at their doorstep, offered free consultation for eye-care methods and provided free glasses. This event results from a successful collaboration between SEACO, the Segamat Community, a private university (SEGi University), a corporate company (HOYA Corporation) and the Association of Malaysian Optometrists. SEACO wishes to thank everyone who made this event possible and hopes the Orang Asli community will take eye care seriously. 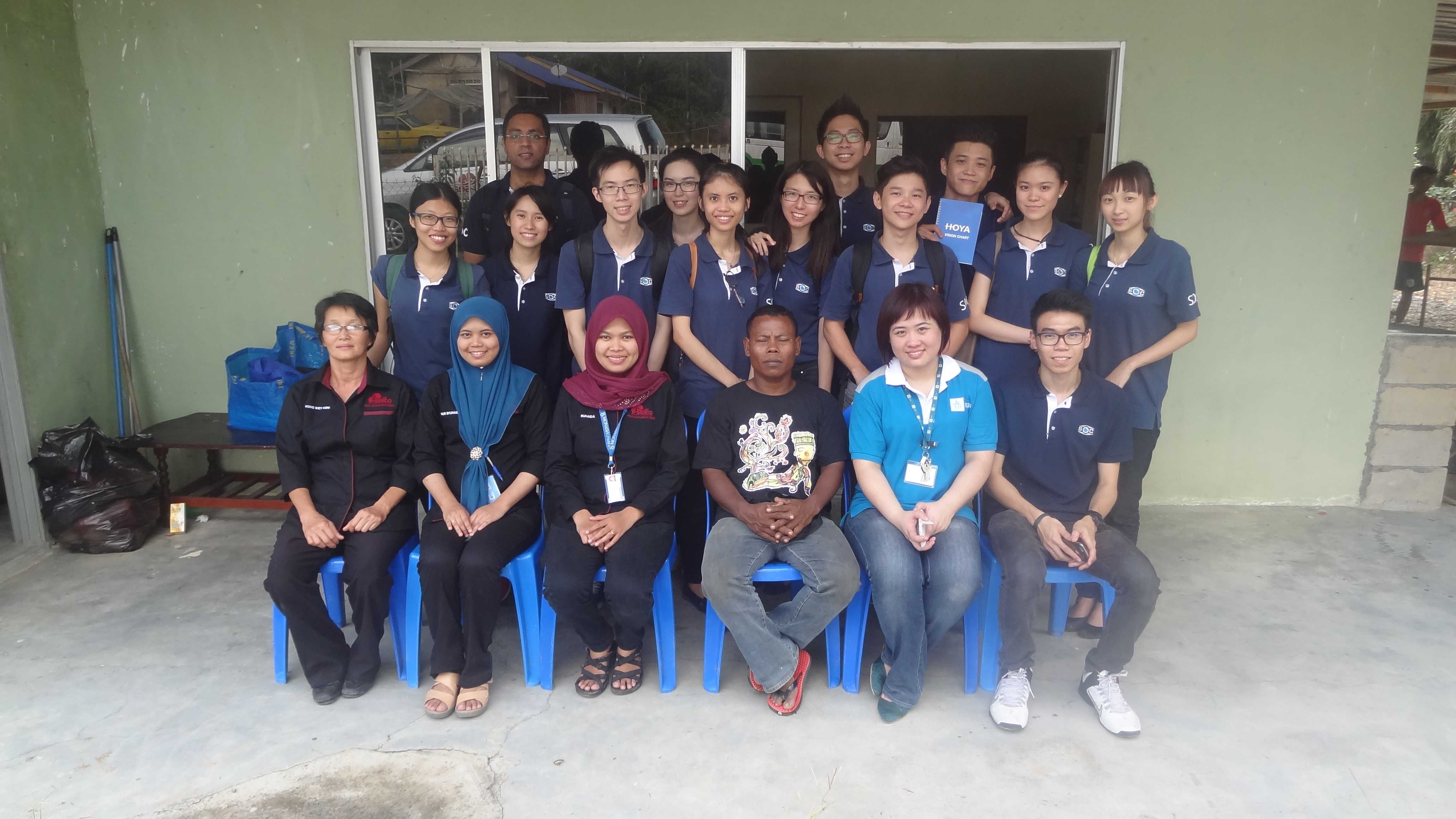