The finding of the Health Round done by SEACO which started in August 2013 was featured in Sin Chew Daily on the 13 October and 14 October 2014 edition. Stressing on the rising percentage of smokers in Segamat, the other three major health issues (diabetis, hypertension and obesity) had also been investigated in the study. Also featured, is the interview with YB Dato' Ayub Rahmat, Kemelah Parliamentary Member who is also the Health & Environment Exco of Johor regarding his thoughts and feedback to this finding. 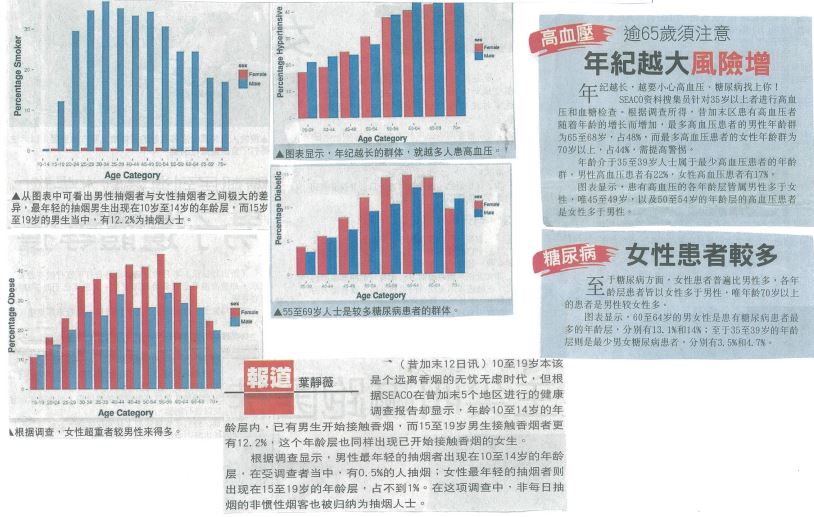