SEGAMAT August 14 – The South East Asia Community Observatory (SEACO) is recommended to present the results of research and health research conducted for the residents of this district through organizing seminars or workshops.

State Health, Environment, Education and Information Committee chairman Datuk Ayub Rahmat said SEACO’s findings could have a positive impact on the health of the people in this area.

“All this time they extended the results of the study to their superiors while their stakeholders were locals involved with the study.

“When SEACO can present their findings to the community, such as the dengue epidemic in the locality, it is hoped that it will raise awareness in the local community about what needs to be done,” he said after a visit to the village chiefs and heads in the Legislative Assembly State (Kemang) state seat in SEACO office, here yesterday.

He, who is also Kemelah assemblyman, said the sharing of information between SEACO and the local population could also speed up the process of action and prevention by the Segamat District Health Office as well as to assist in the development of health here.

“I was also informed that SEACO was launched in 2011 by combining research and collaboration between communities in Segamat and universities from Malaysia, Australia and Europe.

“The key objective of SEACO is to enhance understanding of the health and wellness factors in the community and the factors that will change according to the current circulation,” he said.

According to him, SEACO‘s project is only available in this area and will continue for a long time and involve five districts in Bekok, Chaah, Gemereh, Jabi and Sungai Segamat.

At the same time, he asked the people involved with SEACO‘s study to cooperate either through sampling or questionnaire to get the findings more accurate.

“SEACO’s health data collectors also have their own appearance and identity by wearing a jacket with a SEACO emblem besides wearing a special tag issued to them.

“I also recommend to SEACO that their research area can be expanded in the district in the future by involving other districts,” he said. 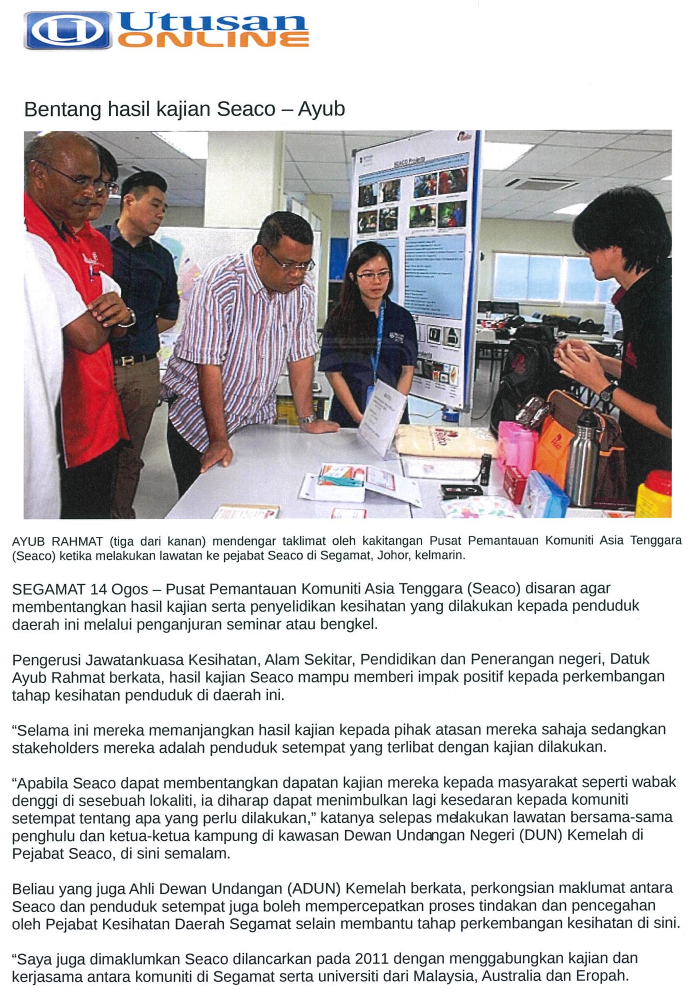 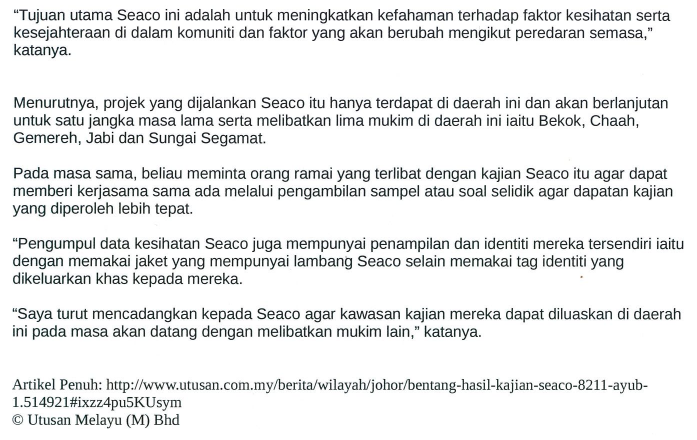