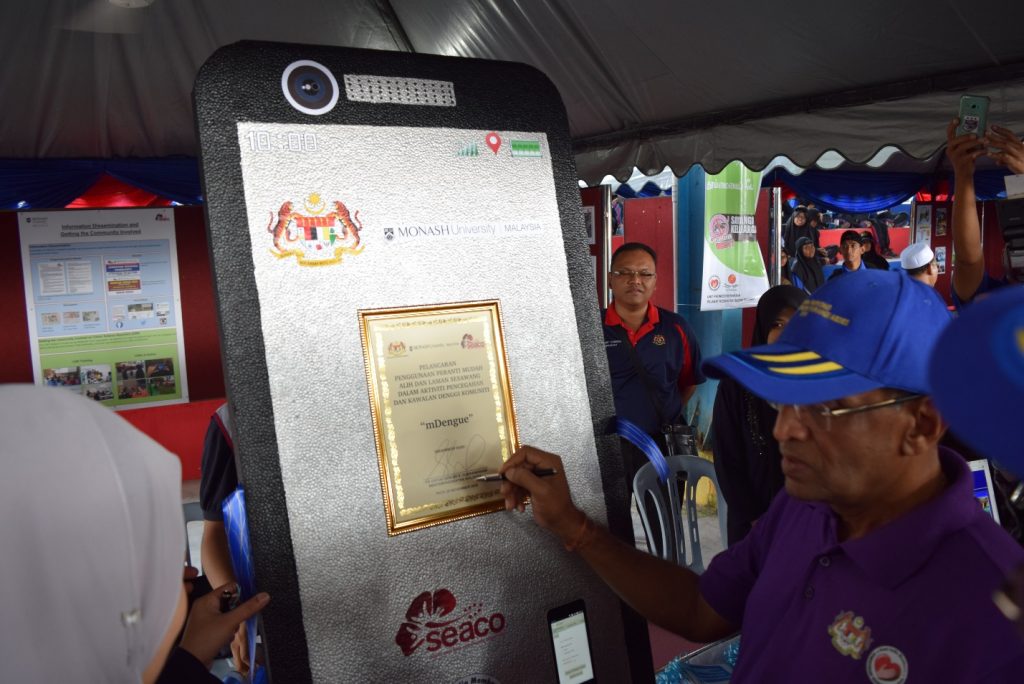 More than 1,000 people from other states attended this program. Activities carried out were: community clean up of litter, inspection of residential areas for aedes breeding sites and booth exhibitions. SEACO had also set up its own booth to display the function of the mDengue mobile app and website. 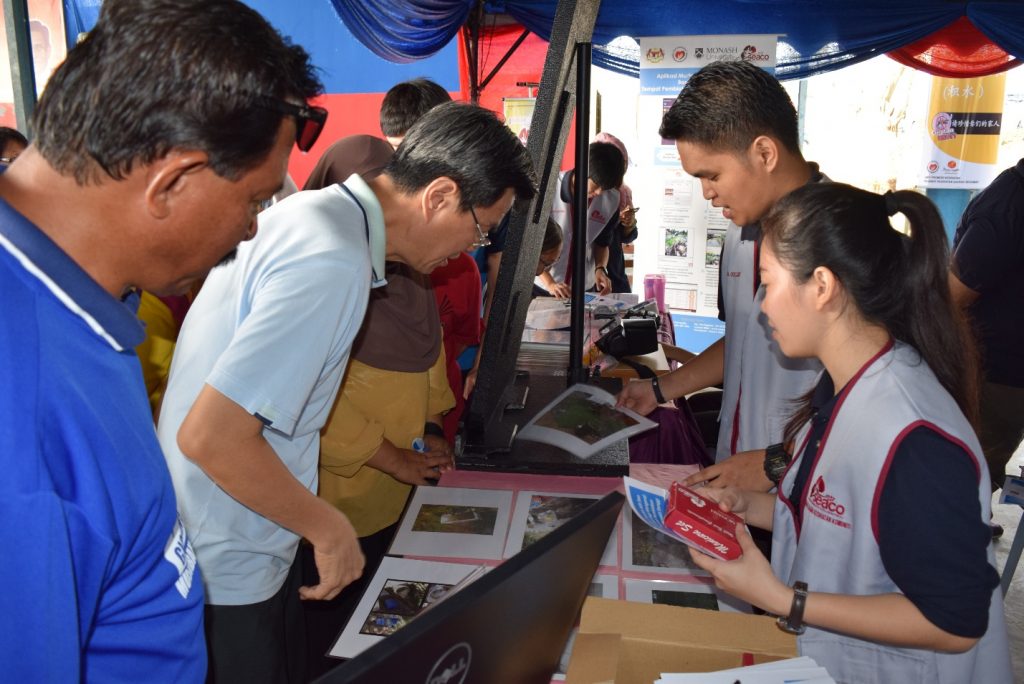 The mDengue mobile application aims to become a tool for the community to take pictures before and after taking actions to eliminate potential and confirmed mosquito breeding sites. By using the mobile application, the District Health Office will be able to monitor these activities. They can also inform the community about the necessary actions which can be taken to control dengue transmission in an effective way.

There is also website that gives the District Health Officers a dynamic map where they can see the locations of captured images of potential & confirmed dengue breeding sites. Other than that, they can identify the location of reported dengue patients and Ovitraps (mosquito trap) on the map with the real time map display.

The SEACO development team had started to develop the mobile application & website on November 2015 and began field trials on April 2016 with the District Health Office and a team of community volunteers.