Due to the non-stop heavy rain in early 2017, Segamat, Tangkak and Johor Baru districts were affected by floods. These floods were caused by rising waters at Sungai Segamat in Kampung Batu Badak, Sungai Juaseh (Labis) and Sungai Tiram (Johor Baru), which overflowed. Concerned with the situation, SEACO volunteers gave a helping hand to clean up the flood victims’ homes and Klinik Desa at Kg Tengah and Kg Jawa Segamat Johor. Some of the victims who had returned home were aided by volunteers from SEACO to help clean up the mud in the houses. Encik Md Zam, one of the flood victims in Kampung Jawa, suffered losses when his car was damaged by the floods. Meanwhile at Kg Gubah, Hajah Normah’s home was flooded because it is located in a low-lying flood-prone area where the flood waters rose quickly. The villagers expressed their gratitude and thanks to the SEACO volunteers for the help and effort given. 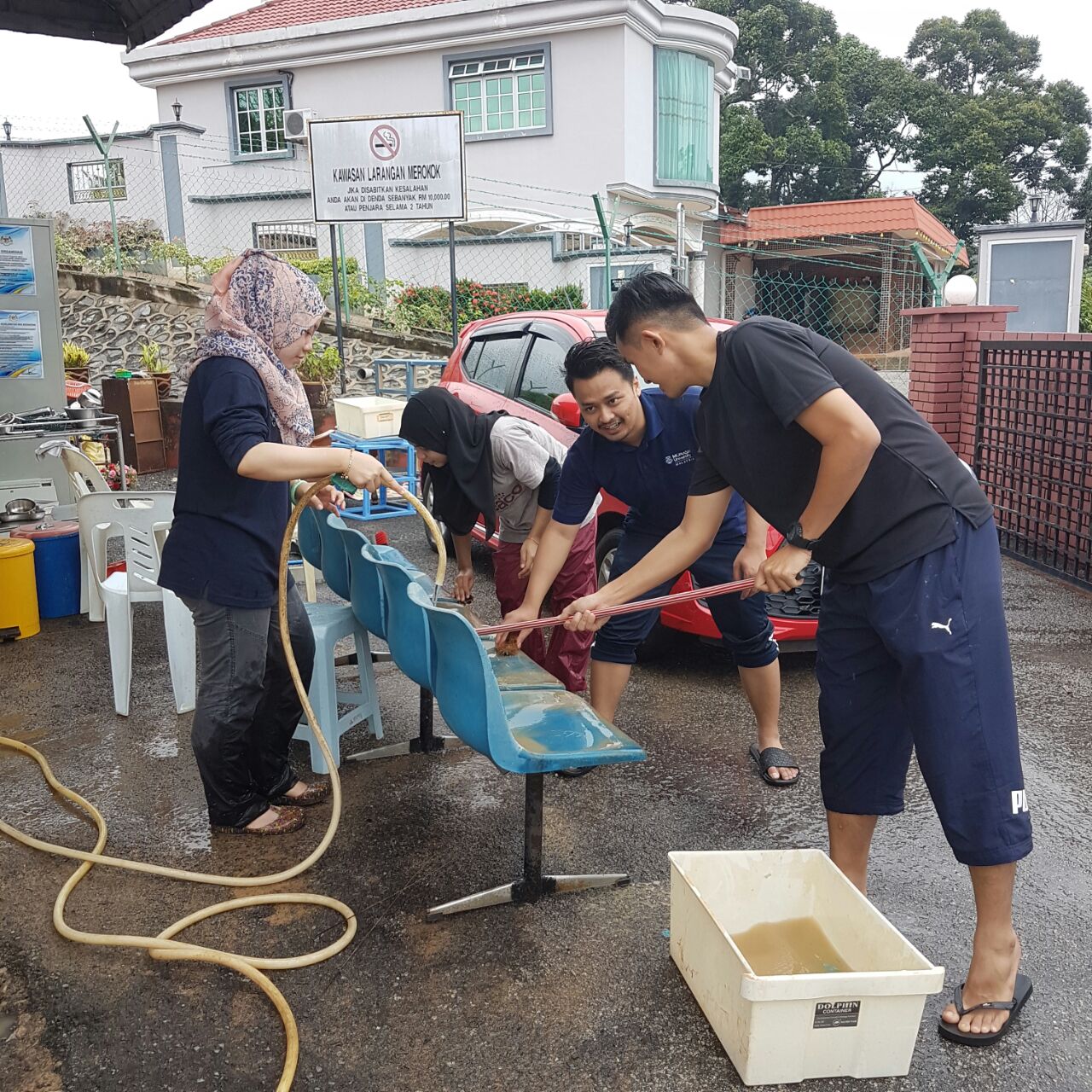