Returning as the filmmaker-in-residence, Jules is back to oversee the campus-wide documentary film competition, this time in commemoration of the SASS 10th year anniversary. The theme of the competition is Civil Society Activism  in New Malaysia (Malaysia Baru). Proposal winners will be given production budget by the school and mentoring in the form of workshops till completion. Awards will be given for the Best Film, Best Original Story, and Best Technical Production during the SASS 10th Anniversary Dinner Gala on December 1st, 2018. 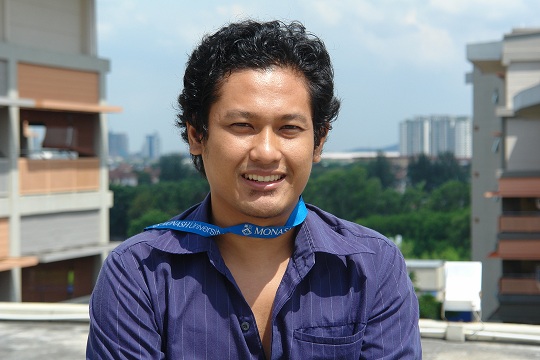 In 2012 the School of Arts and Social Sciences appointed Azharr Rudin as Filmmaker-in-Residence, a key figure in the Malaysian independent film scene and director of the feature film Punggok Rindukan Bulan (2008). Azharr served as mentor to students interested in making their own short films and organised a number of additional film-related extracurricular activities. These included filmmaking workshops and the Origins omnibus film project, for which students developed and produced short films under his guidance.

The school’s inaugural Filmmaker-in-Residence was Fikri Jermadi, an award winning filmmaker and former SASS student. During his time as Filmmaker-in-Residence he conducted workshops, curated the Nasi Bungkus Cinema film screenings and oversaw the production of the Monash Anthology, a collection of short films made by Monash students.