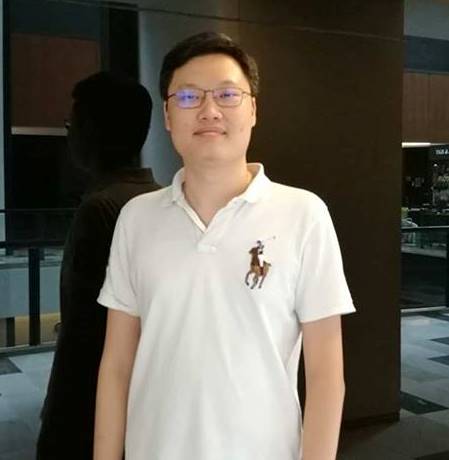 Everything we watch on our screens is the product of someone else’s creative vision. From YouTube videos to television shows and movies, we seek the media as a source of entertainment, allowing ourselves to be immersed into the worlds and stories created by our favourite characters or celebrities.

But while content is always an important factor, we also need to consider how and why these fascinating stories are told in the ways they are. Jayson Ho Khin Wy, an alumnus of the School of Arts and Social Sciences at Monash University Malaysia, shares.

When I first enrolled in the School of Arts and Social Sciences at Monash University Malaysia, one of the areas of study that caught my attention was Screen Studies. Being a movie buff, I wanted to know more about how to study screen media, especially on an academic level.

Contrary to popular belief, there is more to Screen Studies than just watching movies for fun. Instead, students are encouraged to actively engage in analysing the films and television shows we enjoy using historical, textual, and critical approaches.

In the first unit I was given a general introduction to discussing how films have made an impact on today’s world. Every detail that goes into making a film – from the use of mise-en-scène to cinematography and sound, to name a few – are key stylistic elements that can be studied individually, before being pieced together to create a bigger sense of the finished product on-screen.

I also learned about theories discussed by film critics and academics, such as the concepts of genre, ideology, and authorship in cinema. This brought about a deeper appreciation for screen media, as well as exposure to a diversity of films from outside the Hollywood system, namely from Asian and European cinemas.

There was also a week dedicated to studying our own national film industry, where students looked into the history of Malaysian cinema while analysing how locally produced films attempt to convey a sense of national identity that becomes relatable to their audience.

The highlight of each lesson was a screening of the week’s chosen film or television show. While students may enjoy the prospect of spending their time in class watching a movie, the examples shown were also used as case studies to further illustrate weekly topics.

With a thorough understanding of how meaning is created through screen media, I learned to apply these skills to other units offered in the School of Arts. One should consider the significance of screen media from a global angle, through issues such as how gender, race and class are represented on-screen, and the ways certain ideologies are promoted or even repressed within our popular culture.

After graduating, I continued with an additional year-long honours program, basing my thesis on film studies, specifically about monstrous female children in Hollywood horror films. Since then, I have moved on to tutoring in Screen Studies, which has allowed me to share my passion for discussing the media’s potential with other students.

No matter your age or interests, there is something about screen media for everyone to enjoy. We have grown so used to the presence of film and television that it has become a huge part of society. Whether you are heading to the cinema to catch the latest blockbuster or streaming your favourite show, these works have tremendous power to entertain, influence and inform.

I have found that the skills acquired doing Screen Studies have been useful for projects involving creativity. Whenever I write, especially fiction, it helps to think of my scenes as if I am watching them happen on screen. I even managed to get a short story published in a Singaporean anthology called Escape From Reality.

A degree in film or television may not necessarily make you the next Steven Spielberg or Alfred Hitchcock. But a foundation in Screen Studies marks the first step towards developing a proper appreciation for cinema and television, while taking into consideration the messages conveyed and the ways this is done.

After all, the beauty of screen media lies in its power to tell stories, to make viewers question the world around us and to understand the cultures that have created these technologies.