The power of advocacy

Alumna, Elizabeth Gerard offers her view on how awareness leads to change through advocacy. 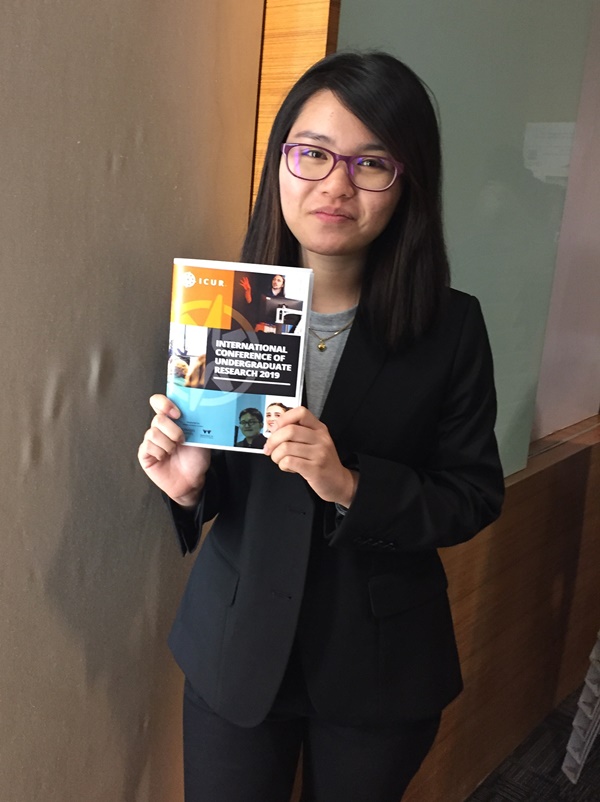 How many of us believe that we are aware about global and cultural issues? Can we say that our awareness leads us to change our attitudes and behaviours? What about influencing others to do the same?

Most importantly, are we using our knowledge to pressure corporations and government bodies into making progressive and sustainable change?

Having recently completed the Bachelor of Arts and Social Sciences degree at Monash University Malaysia, majoring in Global Studies, Elizabeth Gerard offers her view on how awareness leads to change through advocacy.

“Being aware is when we as individuals have gained knowledge that a certain matter exists. When we decide to tell others about the matter, whether through social media or word of mouth, that is raising awareness.

“However, raising awareness alone is not enough even if we conduct program to help others understand the importance of the matter and teach them ways to practice change in their daily lives.

“In fact, individuals can’t solve the climate crisis as much as neoliberalism would like us to believe that we are the cause: becoming vegan hasn’t stopped the meat industry from overworking lands and animals, neither has practicing a zero waste lifestyle pressured the retail industry to stop offering single-use plastic bags.

“Now, I am not saying those lifestyle changes are ineffective. But we need systemic reforms that only corporations and governments have the power to execute. Instead of awareness raisers, the world needs advocacy champions to bring about sustainable development.

“Advocacy pressures private corporations and governments to improve on policies which will provide sustainable support through funding and systemic change that affect the livelihoods of people.

“Take for example the recent Global Climate Strike Week from 20 to 27. This was a series of global climate strikes held in conjunction with the UN Climate Action Summit. Greta Thunberg’s influence upon youth leaders worldwide persistently hounding their national and industry leaders for the lack of urgent climate action plans is evident.

“Their relentless pursuit for sustainable change has resulted in many key countries such as the United Kingdom, Germany, and France pledging additional financial resources to the Green Climate Fund, in addition to new multilateral partnerships to increase renewable energy capacities and reduce carbon emissions by India and China respectively.

“In my final assignment for my Global Studies major at Monash, I drew on neoclassical realism theory and the recognition that governments are always in a ‘dual-level dilemma’ when it comes to controversial topics: they need to consider their relative power with other states and refrain from security decisions that would make them look weak, yet domestic pressure by clashing political groups and public sentiment has substantial power to force the state’s hand.

“Redefining social constructs among groups of friends about what constitute acceptable practices such as bribing government officials to approve permits, or criminalising specific sexual offences, is not enough to change society’s centuries-old mindset of the issue: only advocacy and domestic pressure resulting in ratified legislation has such a power in allocating resources to enforce the necessary change.

“But the quality of advocacy also matters because we are in it for the long run to build a strong network of like-minded champions. It’s not just making noise and saying you’re not doing enough.

“There needs to be an understanding of different sides and presenting a solution that is fixed on the end goal, yet suited to the concerns of all stakeholders.

“Another theory of economic development that I learnt in my second year will forever remain engraved in my mind: ‘systemic vulnerability’, more than ‘electoral vulnerability’, drives effective institution-building.

“When mass unrest emerges due to unmet broad coalitional agreements, threatened national security, and scarce financial sources, the state has no choice but to make massive systemic reforms in order to keep the country afloat. “

By then, chances of survival are slim as so much has already been lost. My hope is that we don’t wait until then to be champions for advocacy.”