Gender and sexuality justice in Asia: Finding resolutions through conflicts

The inaugural International Conference on Gender and Sexuality in Asia (CoGen 2018) welcomed more than 40 participants comprising early career researchers, senior academics and even researcher-cum-activists who congregated at Monash University Malaysia (MUM), from 12-14 November 2018.

The inaugural International Conference on Gender and Sexuality in Asia (CoGen 2018) welcomed more than 40 participants comprising early career researchers, senior academics and even researcher-cum-activists who congregated at Monash University Malaysia (MUM), from 12-14 November 2018, aspiring to realise gender and sexuality justice in the context of Asia through their scholarship and practice. The conference, convened by Dr. Thaatchaayini Kananatu (School of Business), and Dr. Joseph N. Goh and Associate Professor Dr. Sharon A. Bong (School of Arts and Social Sciences), was generously sponsored and ably supported by Global Asia in the 21st Century (GA21), a multidisciplinary research platform at MUM that aims to facilitate research collaboration.

The conference theme, ‘Gender and sexuality justice in Asia: Conflicts and resolutions’ was inspired by the need to foreground gender and sexuality justice which is consonant with the fifth Sustainable Development Goal nestled among the 17 globally-endorsed SDGs on climate justice. One cannot meaningfully speak about the eradication of poverty, access to clean water, shelter or creation of a just, equitable and sustainable development for all unless there is political will and commitment to gender and sexuality justice which includes respect for gender diversity and inclusion along with other differences that matter, e.g. ethnicity, religious affiliation, nationality, class, age, etc. This point was emphasised by the co-director of GA21, Professor Pervaiz K. Ahmed in his welcome message who noted the contemporariness of the conference theme which tacitly calls for a review of how we understand and perform masculinities with regard to the #Metoo global movement. Associate Professor Dr. Wai Ching Angela Wong, CoGen 2018’s keynote speaker and currently the Vice President for Programmes of United Board for Christian Higher Education in Asia, drew from her lived experiences of not only the Hong Kong-based Umbrella movement but also other social-political grassroots movements that foreground the multitudes as “nodal points” in agitating for change towards a transformative society that resonates with the SDGs 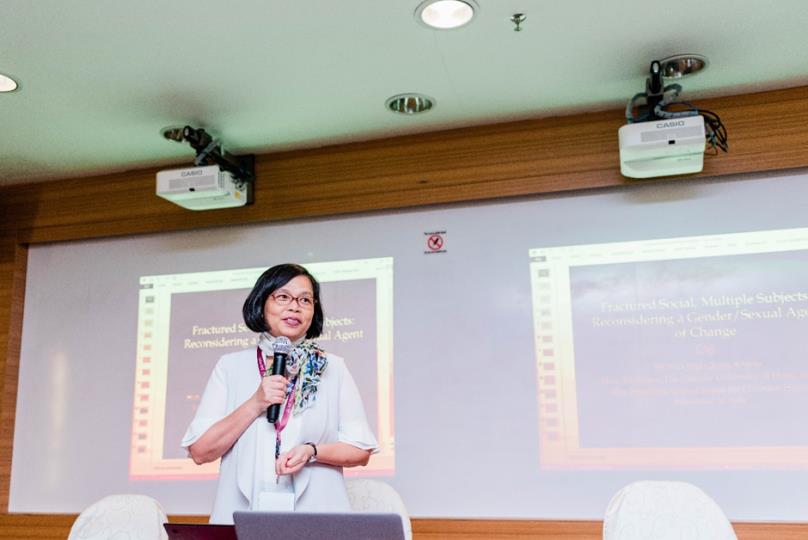 Resolutions to gender and sexuality injustices in Asia are glimpsed across the rich diversity of topics presented at CoGen. These include but are not limited to strategies that aim to call out and challenge existing gender and sexuality injustices with regard to women by: foregrounding young Filipino women’s agency in terminating an unplanned pregnancy in claiming her sexual and reproductive health and rights (Juleini Nicdao, University of the Philippines - Diliman); tracing the sometimes tenuous evolution of feminist identity in Southeast Asian rape-revenge films (Phoebe Pua, National University of Singapore, NUS); assessing the efficacy of gender mainstreaming policies in two East Java villages in empowering women involved in micro-credit schemes and new leadership positions (Nadiah Ahmad, MUM); calling to question the gendered public/private divide that restricts women’s mobility in the sacred city of Benares (Shivani Gupta, NUS); and proliferating the signifiers of the hijab by postmodern Malay-Muslim women or “Hijabistas” within the consumerist culture of Malaysia (Nurzihan Hassim, Taylor’s University).

Resolutions to gender and sexuality injustices in Asia also encompass strategies that aim to call out and challenge existing gender and sexuality injustices with regard to LGBTIQ+ (lesbian, gay, bisexual, transgender, intersex, queer and questioning, including asexual and pansexual) persons and communities. These include: using class as a prism to dismantle homophobia in Hong Kong through the perspectives of working-class and middle-class gay-identifying men (Ting-Fai Yu, Leiden University); interrogating gender binary expectations of family and friends that are imposed on LGBTIQ+ young people in Vietnam in urban and rural settings (Yen Hoang Ha, Monash University Australia); reinterpreting signs (e.g. banners, t-shirts) used in Metro Manila’s pride march to show the extent to which non-heteronormative sexualities and subjectivities find expression in heterosexist public spaces that largely aim to circumscribe them (Christian Go, NUS); privileging the narratives of gay women diplomats within the highly masculinized and heteronormative field of diplomacy (Elise Stephenson, Griffith University); and unsettling the neat and unquestioned alignment of masculinities with maleness through the narratives of masculine-identifying lesbians in Singapore (Laura E. Wong, MUM).

The strategy of exercising gender and sexual agency in conversation and conflict with religions is particularly noteworthy given the sensitivity of researching within the intersection of genders, sexualities and religions in Asia. These include: re-imagining LGBTIQ+ agency (e.g. youth interfaith queer camps, boarding school for waria or male-bodied individuals who identify as female) not only through resistance but also and quite problematically, submission, as an extension of piety (Diego G. Rodríguez, University College London); offering alternative discourses to the gender binary of constituting men as desiring/dangerous and women as asexual/vulnerable as a means of addressing violence against women within intimate partner violence (Teguh W. Mulya, University of Surabaya); critiquing not only sexist but also misogynist religious interpretations of the triple talak (divorce) with regard to women’s human rights and feminist jurisprudence (Esita Sur, Scottish Church College, Kolkata); and proposing new ways of becoming an inclusive church through the radical act of befriending (e.g. collaboration with non-ecclesiastical organisations) as shown by two church leaders who work with, among and for LGBTIQ+ and PLHIV (Persons Living with HIV and AIDS) communities (Joseph N. Goh, MUM).

And finally, to complement the above-delineated multifaceted strategies of resistance and reclamation, there is reformation which could potentially result in the transformation of mindsets, practices and even policies that are gender-blind or neutral, gender biased and gender exclusive. These include: recuperating malu (shame) in critically appraising the excesses of Rosmah Mansor, wife of the former Prime Minister of Malaysia and how this brings to bear on the socioeconomic and religious transitions within Malay society (Alicia Izharuddin, University of Malaya); promoting “ideal masculinity” (rather than hegemonic masculinity) as re-envisioned and embodied by ex-prisoners of the Yellow Ribbon Project (reminiscent of the song, ‘Tie a yellow ribbon round the old oak tree’), to inspire community support of their rehabilitation into Singaporean society (Mie Hiramoto, NUS); juxtaposing conservative (heteronormative and hetero-patriarchal) versus liberal (human rights) approaches in judicial (re)interpretations of gender identity in Malaysia particularly in cases of gender dysphoria involving transgender persons (Thaatchaayini Kananatu, MUM); and de-centring the human in creation to better realise the interconnectedness of all beings within a queer ecofeminist ethos that aligns gender and sexual diversities with biological diversities in line with the SDGs (Sharon A. Bong, MUM).

CoGen 2018 was conceptualized in part to extend the celebration of the launch of the Gender Studies undergraduate major in 2016 of the School of Arts and Social Sciences. CoGen 2018 complements Genderworks, the inaugural undergraduate conference that was organised in 2017. A publishable outcome of the conference is anticipated as is the recurrence of both CoGen and Genderworks on a regular basis. 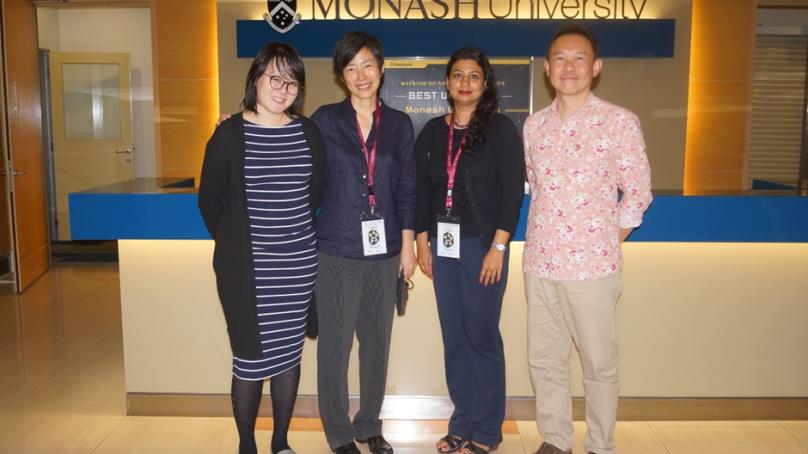 Written by Sharon A. Bong