My Journey of Self-Discovery with Gender Studies 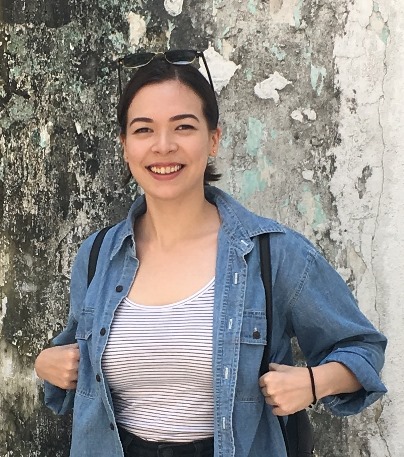 Whether or not we realise it, gender has a deep impact on how we experience the world around us, and carries major cultural implications. In Southeast Asia, the region’s immense socio-cultural diversity means that the relationships between genders, sexualities and religions are uniquely rich and complex.

After graduating from college, I couldn't help but feel pessimistic, as it seemed as if every door was closed. Financial constraints meant studying abroad was impossible. There was also the fact that I was still struggling to decide which degree I should pursue. Unsure of what my future held, I decided to take a year off to ponder and discover my true passion.

In that year, I had the opportunity to engage with truly admirable and self-aware people of different faiths and sexualities. They opened my eyes to a plethora of issues that I had previously never considered. I began to become more self-aware – of who I am as a woman, student, and as a Malaysian.

It was around this time, where I found out about the School of Arts and Social Sciences at Monash Malaysia. I was intrigued - an international university, based twenty minutes away from home, with world-class lecturers. I was also attracted by the number of subjects available, encompassing a wide variety of disciplines. I found my curiosity piqued by one particular major – Gender Studies – which I’ve never seen offered in any other institution.

Strongly identifying as a feminist, I have always been interested in issues of gender and sexuality. Living as a woman in Malaysia, one is bound to hear stories and even experience instances of unequal treatment, or even being made to feel uncomfortable while walking down the street. With this major, I saw an opportunity to delve deeper into how the world we live in shapes us, and in turn, how we can work to shape the world around us into a safe and accepting place for all human beings.

The gender studies major is made up of nine units, each of which offer different ways of understanding how gender intersects with different aspects of our lives. I began my foray into Gender Studies with the Introduction to Gender Studies unit, where each week’s lecture focused on how gender can work to influence different areas of our lives. It was during this unit that I began to understand the nuanced ways in which politics, the environment, and even our food choices are influenced by gender. I began to apply this understanding to other areas of study, and realised that my understanding of subjects of international relations, or globalisation, or even migration was furthered by the knowledge that gender influences the actions and perceptions of people in all areas of life.

While I had the opportunity to undertake a portion of my undergraduate degree abroad, I was compelled to stay and complete the Gender Studies units which were unique to the Malaysian campus. Two of the units: Genders, Sexualities and Religions in Southeast Asia, and Contemporary Feminisms in Southeast Asia, focused specifically on the study of gender and its forms within Southeast Asia. Through learning about different religions around Southeast Asia, as well as different communities and their unique ways of expressing gender, I began to understand so much more about my home country, and the large role that religion plays in shaping life in Malaysia.

My understanding of current events and lived realities in other parts of the world has also grown immensely, not only through the reading and discussion of class materials, but also through interaction and discussion with my fellow classmates from all over the world.

Embarking on the Gender Studies major has not only been a journey of intellectual growth, but a spiritual and emotional one. One unit which especially moved me was on Sexual and Reproductive Health and Rights in a Global Context, as my eyes were opened to the ways that gender bias can impact the quality of life for millions of people. Lack of access to sexual health services, and the lack of recognition for sexuality and health rights have led to poverty and disease all over the world. In this unit, we were encouraged to find ways to address systemic problems with direct engagement with the UN’s Sustainable Development Goals. Not only were we encouraged to address global issues, we were also encouraged to identify and challenge our own beliefs and biases, through the understanding of concepts learned during the unit.

As part of my course, we also had to complete an internship unit. I chose to do mine with popular local radio station, BFM. During my three-month stint, I found myself contributing effectively to the many discussions, especially on topics related to gender issues. On top of that, my journalistic skills acquired also came in handy when I had to write and conduct interviews which were received well by my superiors. Some were event broadcasted!

When I signed on to the Gender Studies major in Monash University Malaysia, I was hoping to gain an understanding of the world around me and my place in it, but I ended up gaining much more than expected. I have been encouraged to confront my own pre-conceived beliefs, and to improve myself constantly through learning; compassion, patience, selflessness and the importance of creating a safe space for discourse and the free sharing of emotions. I have also learned the necessary ingredients for change, as well as the skills needed to execute this change.

For more information on the programs offered in the School of Arts and Social Sciences at Monash University Malaysia, please refer to the following courses: