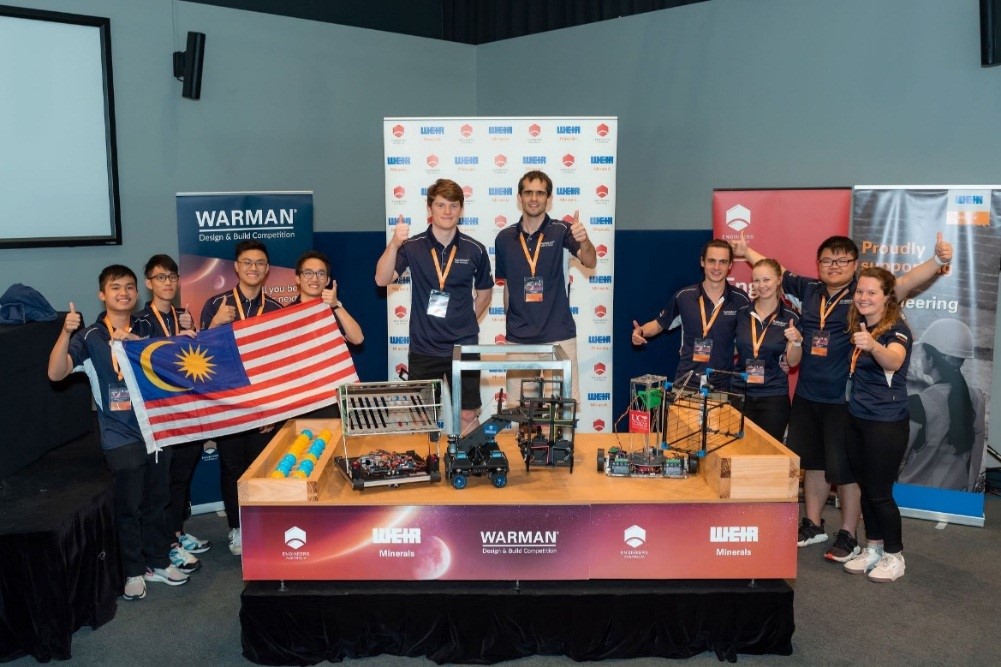 The winning team (left) posing with the other podium finishers: University of Auckland (middle) and University of Canterbury (right)

Having had about 60,000 young engineers go through the program in its history, the 32nd edition of the annual competition was held in the Australian National Maritime Museum, Sydney. Organised by Weir Minerals and The National Committee for Engineering Design (NCED) Australia, it challenges students from Australia, New Zealand, Singapore and Malaysia to develop devices that autonomously solve constrained missions. This year, the goal for the devices was the relocation of 20 small plastic balls collected from one side of the track to the other side by depositing them in a walled compound. The competition was first held at the campus level for all participating universities - the winners get the opportunity to face the cream of the crop in the finals.

Monash University Malaysia has had participation in the competition dating back to 1999, with notable achievements of 3rd place in 2015 and the Weir Minerals Judge’s award in 2017. This external design competition is integrated as part of MEC2402 (Engineering Design 1 unit) for 2nd year Mechanical and Mechatronics engineering students. One team rose to the occasion in the campus level competition with a simple but effective design and claimed their coveted goal of representing the university in Australia. The members of this team are Joshua Foo Yang Chin (Team Captain), Christopher Ang Yew Shuen, Ivan Chung Tzen Xiang and Kevin. 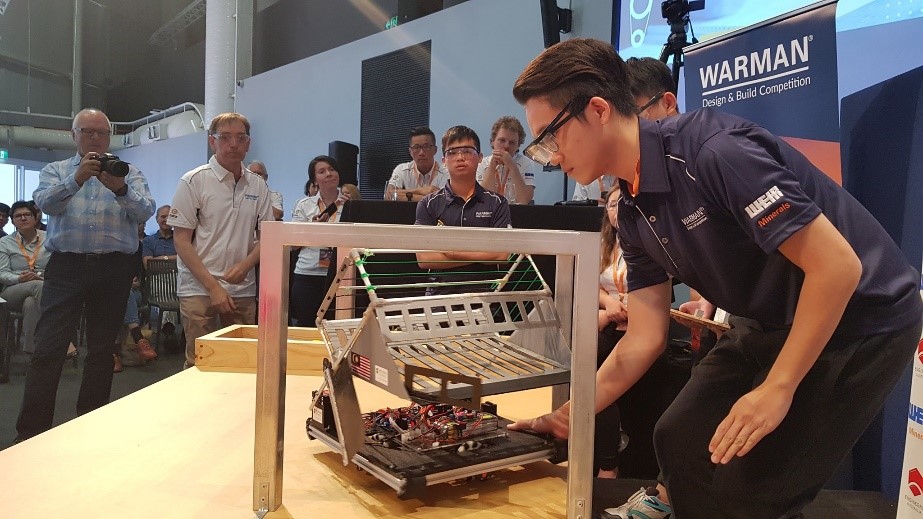 Along with their Peer Assisted Study Session (PASS) leader Lee Loong Yi, the team was relentless in their pursuit of perfection leading up to the finals, making updates both large and small to their robot to improve reliability and reduce the already miniscule time taken to complete the mission. They were in it to win it, but their cautious confidence upon arrival dimmed on practice day with the other finalists, as the competition was as fierce as ever, with teams showing up with all kinds of ingenious and sophisticated devices. Nevertheless, the team was not going to throw away their shot - they knew they still needed their two official runs to be perfect. The final scores and positions of the competition

And perfect they were. The first round saw the team set the pace for the competition, being tied at first place with a 7 second run. Their composure and coordination are best described by comments from other teams: “Formula 1 – like”. Even though they were one of the four teams that managed a flawless first run, they were still going back and forth on how to secure the win. In the end, 0.5 seconds was the margin between them and the first place. It is a testament to their work ethic and resourcefulness that despite having one of the cheapest costing devices, they could still pull off an outstanding result and compete at the highest level. Even after the runs, the team could still be seen discussing the competition, what they have learnt and how the university could do better next year. No doubt, they have set a high bar for future teams! Congratulations to the team!

Here is an extra photo and a video to see one of their official runs in the competition. 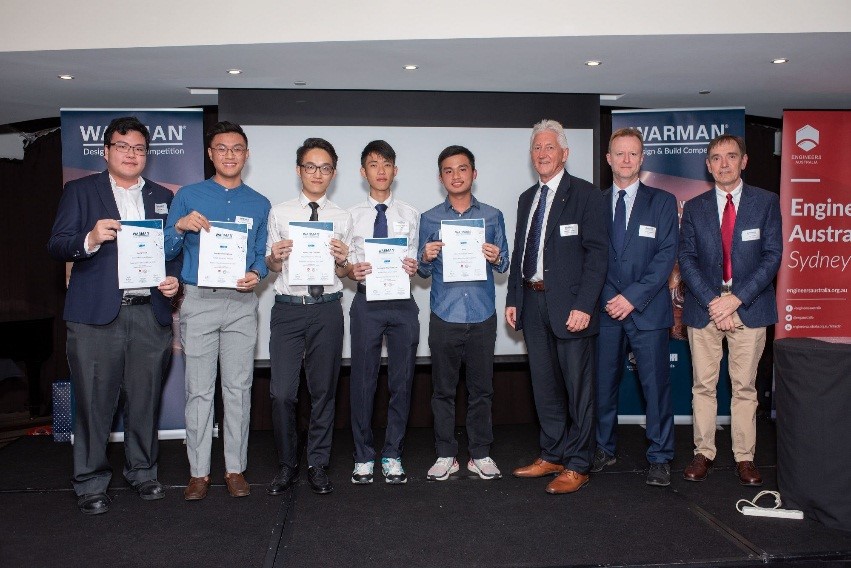