Engineering student, Mr Choo Cheng Keong came in at 3rd placing of the Masters category in the the Research Project Inclusive Innovation Challenge Competition, held in conjunction with the Nano Kebangsaan 2015 Program by the Ministry of Science, Technology and Innovation (MOSTI).

The competition was held on 5th and 6th October 2015 at Shah Alam Convention Centre, Selangor. He is supervised by Dr. Babak Salamati and Dr. Bahman Amini Horri, both Monash academics, and Associate Professor Ngoh Gek Cheng from University Malaya.

The objective of the competition is to produce a nanomaterial for applications in several sectors, such as agriculture, healthcare, renewable energy, electronic and systems. Postgraduates were given the opportunity to present their innovative and creative idea in the related fields through the generation of knowledge and sustainable development.

Mr Choo’s project, titled Synthesis of Nickel Oxide Through Ultrasonic-Assisted Extrusion-Dripped Chitosan-Nickel Beads, caught the eyes of the adjudicators as the synthesized nickel could be used in various industries. One of the examples of such application is as a catalyst in the hydrogenation process which is vital in the Malaysian palm oil industry. Furthermore, nickel oxide could also be used for the treatment of wastewater by acting as a photocatalyst for the degradation of several chemicals in wastewater.

School of Engineering would like to congratulate Mr Choo on his achievement. 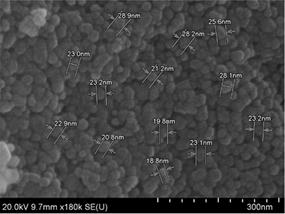