Mechanical Engineering students of Monash University Malaysia clinched a podium finish as they emerged as the 3rd place winner of the 2015 Warman Competition National Finals in Sydney, Australia. The victory this year, was made even sweeter when our students improved on their 4th place ranking achieved in 2014. 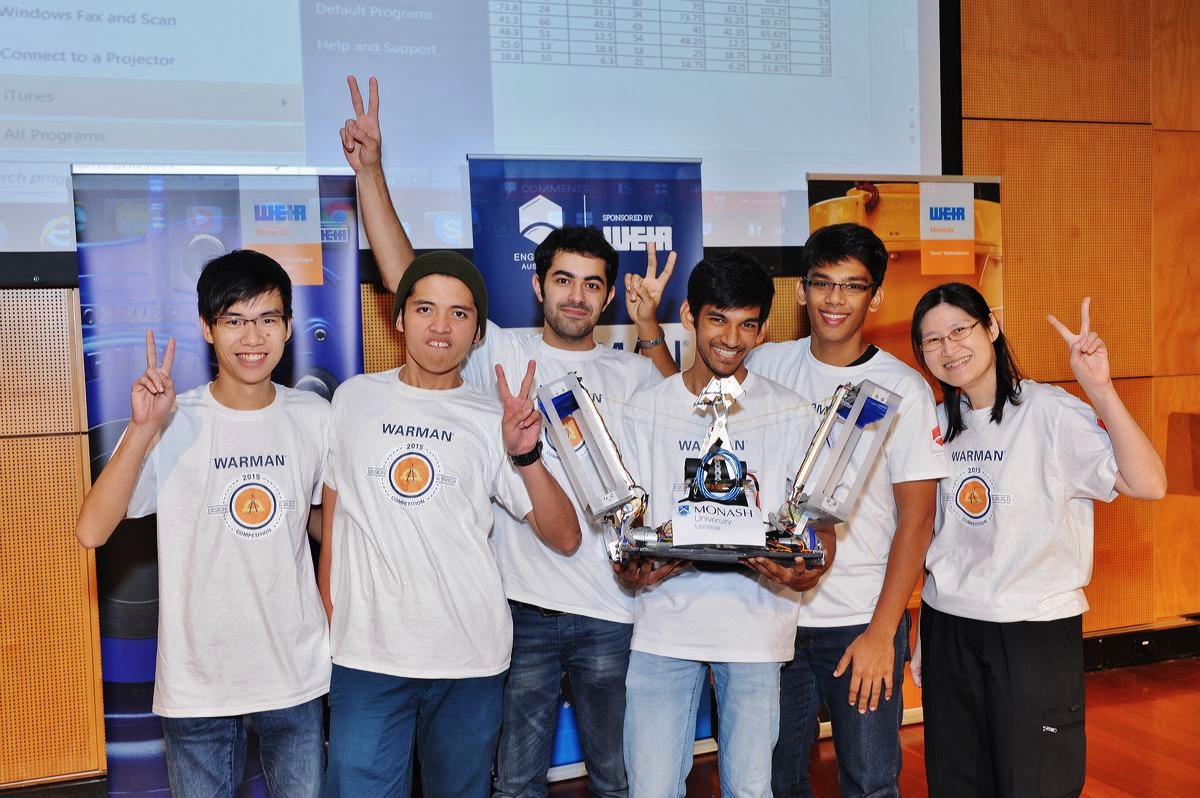 “Congratulations to our Warman team, it is a wonderful achievement. Our team has made progress improvement - it was 4th last year, 3rd this year and in no time we will be the Champion!,” said Professor Soh Ai Kah, Discipline Head for Mechanical Engineering at Monash University Malaysia.

The School have supported the students by providing Arduino Kits and electronic components since 2013 so that students would have good start in implementing micro-controllers as part of their device. There were several programming workshops carried out to get them started off quickly as student have only about 7 weeks to build their devices. The skills developed by students through participation in this competition aligns with Engineers Australia Stage 1 Competency Standards. 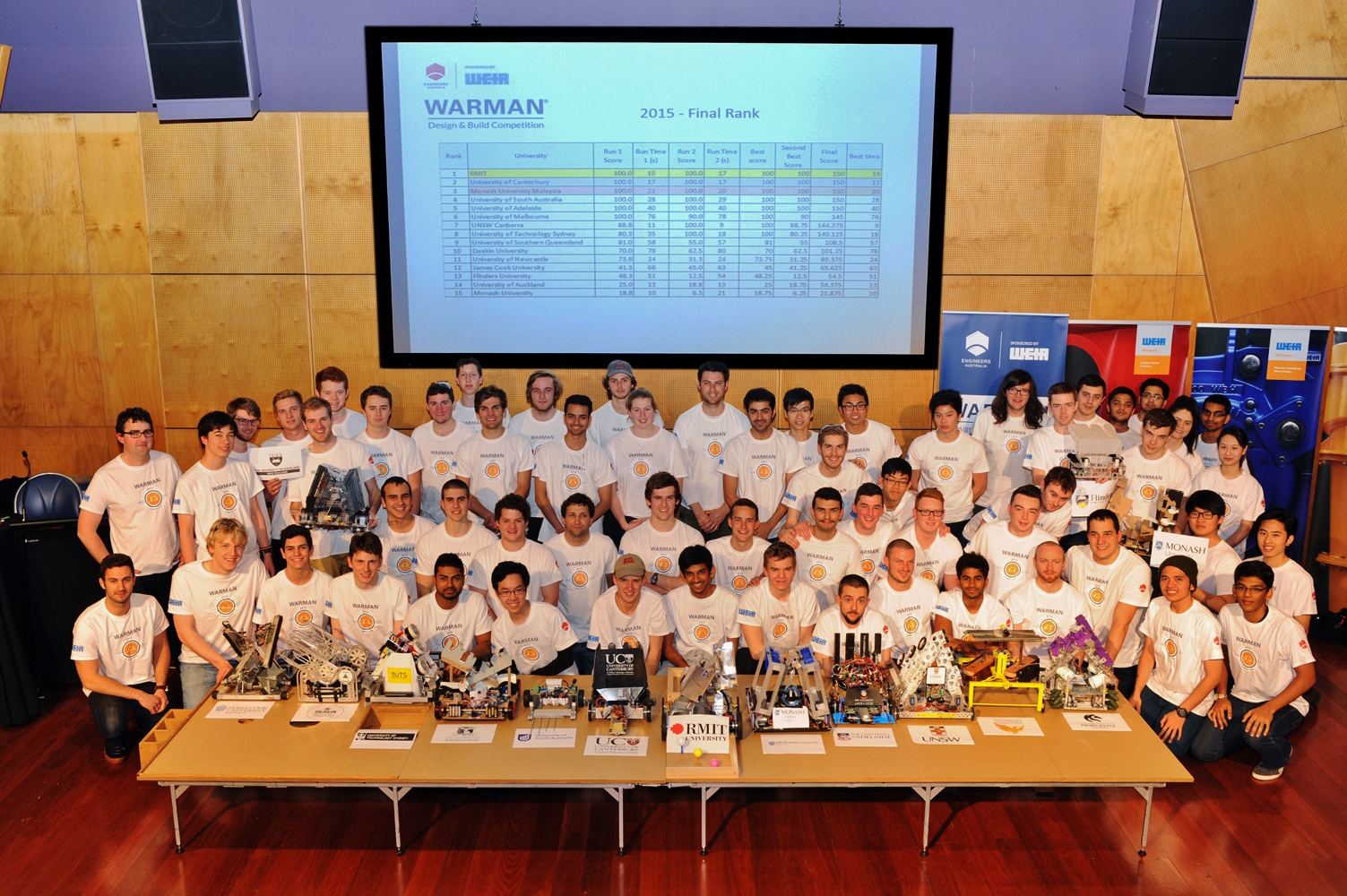 “We were the only team representing Asia competing with mainly top universities from Australia and New Zealand. The involvement in this competition is a motivation for our students to design real prototype devices, solving real problems which in parallel develops their psycho-motor skills,” shared Dr Lim Jen Nee, Monash academic and Coordinator for Warman Competition.

The Warman Competition is an annual event, typically held in September in Sydney, Australia. Year two engineering undergraduate students from Universities in Asia Pacific, Australia and New Zealand compete in this National Finals.

One of the winning student, Mohamad Khairin, said “This competition has completely changed my perspective regarding design engineering and has pushed me to work beyond my comfort zone.”

Monash University Malaysia has been sending students for this competition since 1999, when we first started our Engineering program. The campus winners would then converge in the national finals to determine the region's best emerging designers.