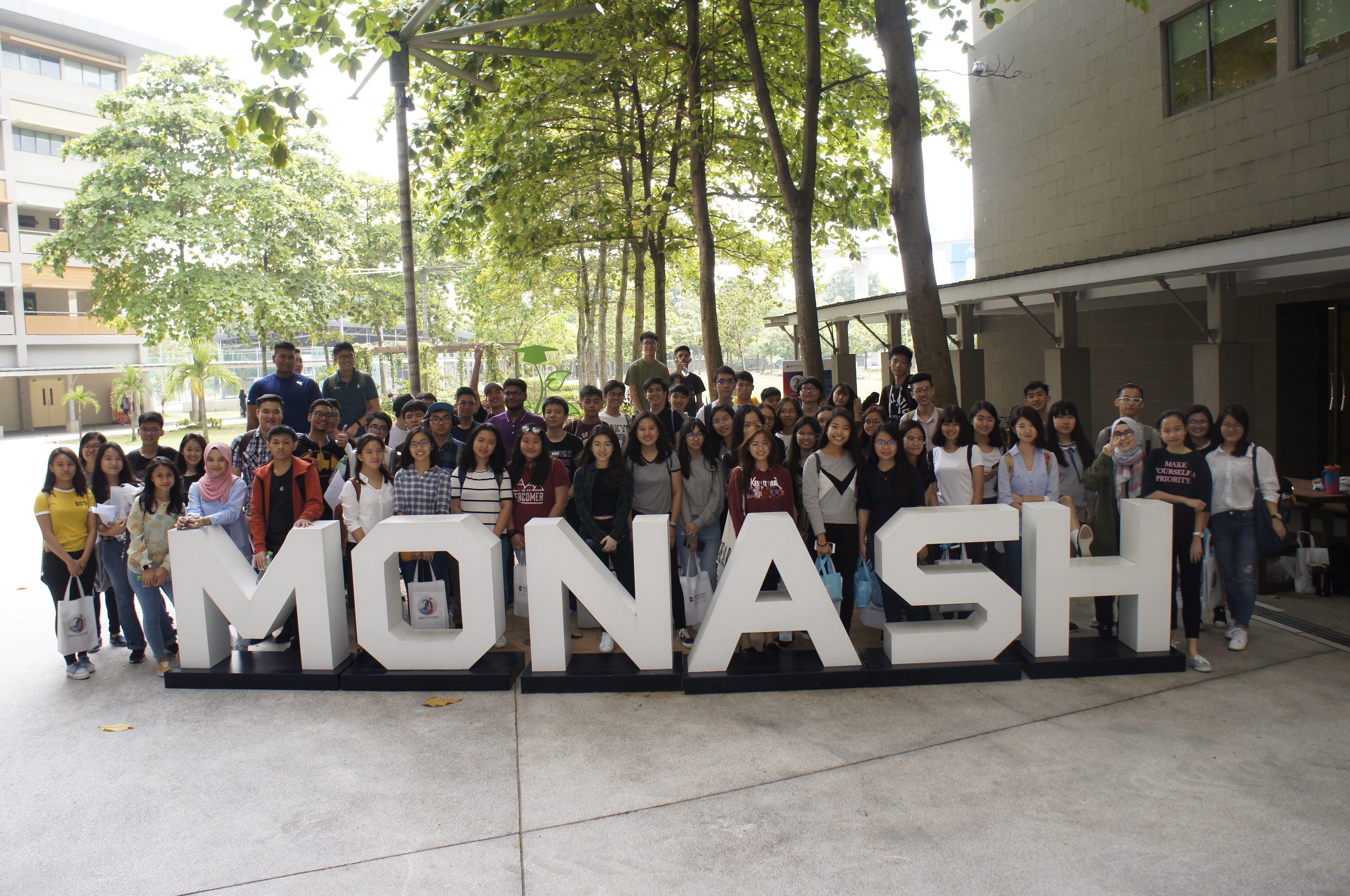 On Tuesday 3rd April, lecturers and students from the Mechatronics and Civil Engineering programs hosted 147 students from the Monash University Foundation Year (MUFY) program at Sunway College, to a series of workshops in the respective programs. At the Mechatronics labs, the MUFY students were treated to the Servo Control challenge, the Robotics workshop, and the Wind-Powered Robot. In the Servo Control challenge, students were divided into groups to control a motor to achieve a good performance within the shortest possible time​.Similarly, they were also required to build a robot in the Wind-Powered Robot workshop within the shortest time. In the Robotics workshop, students were given the opportunity to experience programming a robot to perform various tasks. All these gave them a foretaste of the Mechatronics degree program, as well as technologies of the 4th Industrial Revolution.

On the other side at the Civil Engineering labs, the outgoing MUFY students were introduced to the basic process of water treatment. They were then divided into smaller groups and competed in producing the best sand water filter. Whilst the School did not certainly advocate drinking the end result, some were so confident with their product that they did. The students later moved to the main soil mechanics laboratory,​where they got the experience on soil compaction. Before the start of the compaction process, the various equipment and accessories to be used were explained to the students including their working principles, so they could better comprehend what they were about to do. Groups of 10 were formed and each group worked on different soils, and the laboratory technicians provided assistance to them. After the compaction exercise was completed, theoretical explanation was given to them on what they just did, so they could better appreciate the practical work​.Finally, the students left tired, but very satisfied!