Our students Jay Kew Jing Wen and Bryan Foo Jhin Khai were given an opportunity to participate in the Plantzania Mini Research Project where they could pursue their entrepreneurial aspirations while putting their acquired science skills and knowledge to test. They underwent three stages in the competition namely Business Exploration & Potency, Nurturing & Coaching, as well as Presentation and Judging.

For their “Application of probiotic in banana plant disease control” project, they decided to study Panama disease as it is the most widespread disease and has the most significant impact on the global banana industry. This disease is caused by the fungus Fusarium oxysporum f. sp. cubense race 4 which is resistant to fungicides and whose disease management is limited to phytosanitary measures.

Under the supervision of Associate Professor Adeline Ting, they explored the use of bio agents and discovered that probiotic, endophyte and plant extract treatment gave positive control results. Garlic extract was found to have the most significant result in suppressing disease incidence.

With this breakthrough discovery, both students were announced as the winners of the 2018 Plantzania Young Scientist Entrepreneur Award. They were given RM5,000 in cash and in kind, including certificates of achievement, Revongen Entrepreneur Venture, internship and journal publication.

Emerging as champions is satisfying but what is even rewarding is non-other than the journey that guides them into becoming someone better. Stated below, Bryan and Jay explained how the experience meant to them.

“What a rewarding 5 months I must say. Not only have I gained the knowledge revolving around our research topic, but also the ‘mechanism; or rather the procedures of conducting research from planning to executing to delivering,” says Bryan.

“The things we gain are very different to the knowledge we learnt in school. The project was never easy, we need to commit to the research with overloaded of assignments, reports and exams, but the key to success is to keep yourself positive, believe that there is no failure except in no longer trying (said by Elbert Hubbard),”states Jay.

Congratulations to Jay and Bryan! 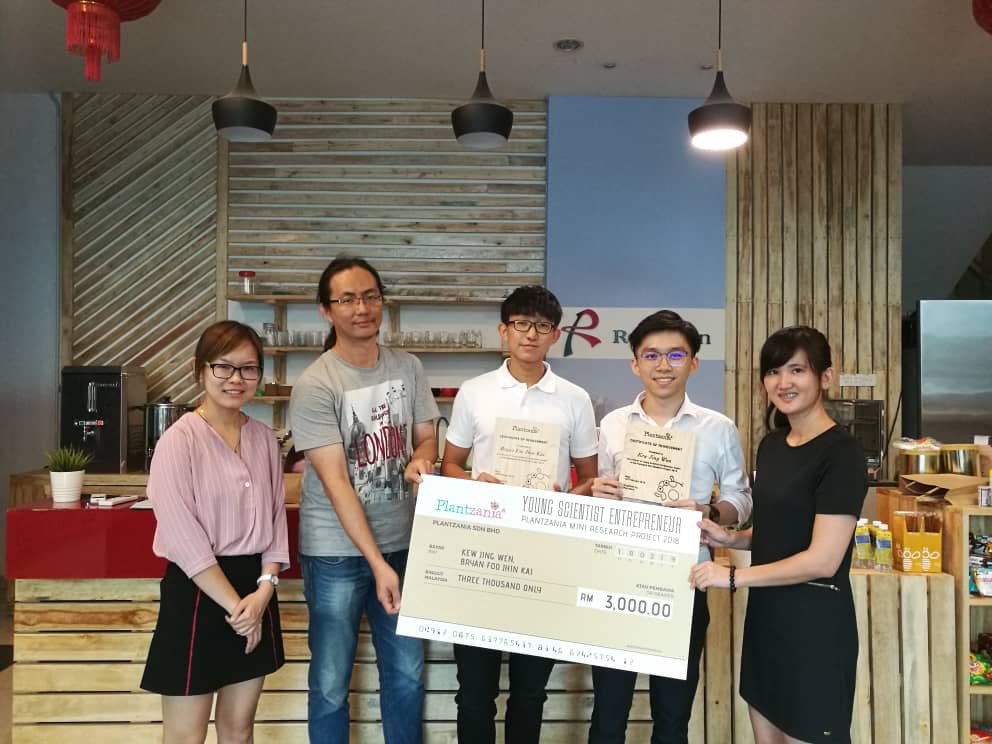