Recent study by PhD candidate,Urszula Krzeminska, indicates the possibility that Malaysian and Singaporean house crows may have traveled to these countries from Sri Lanka, Bangladesh, or beyond. 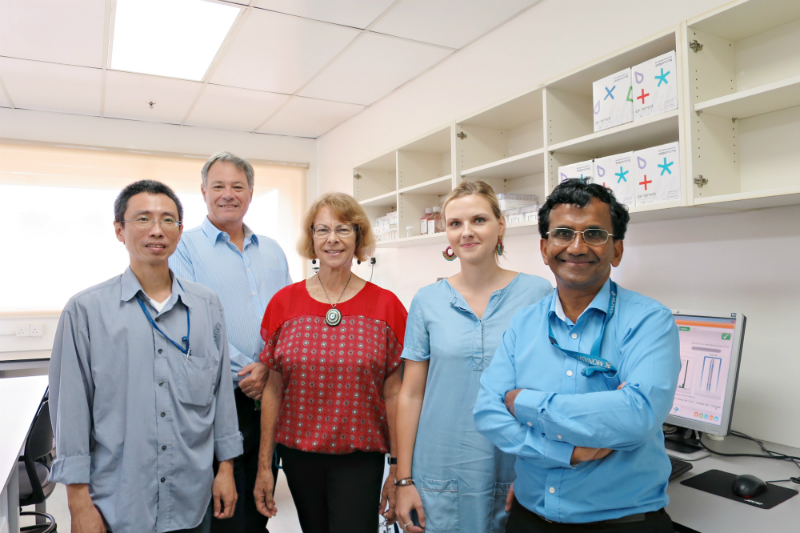 Black house crows are such a common sight in southern Asia that residents might be tempted to ignore them if they weren’t such noisy pests. Known as a bold and aggressive species, house crows carry an illustrious name (Corvus splendens) but so poor a reputation. They have raided crops, stolen  food from buildings, and are believed to pose health risks in the forms of pathogens like Salmonella and E. coli. Where do they come from, and why have they multiplied so successfully?

House crows may not migrate, but that doesn’t mean they’ve never travelled to another country or occasionally hitchhiked by ship.

In fact, a recent study by Urszula Krzeminska, PhD candidate at Monash University Malaysia’s School of Science, with supervisors Dr Robyn Wilson, Dr Song Beng Kah, Professor Chris Austin and Professor Sadequr Rahman, supported the possibility that Malaysian and Singaporean house crows may have  traveled to these countries from Sri Lanka, Bangladesh, or beyond. The study, published in the journal Biological Invasions (April 2016), is of interest to researchers of invasive species. Invasive species, also known as non-native or alien species, are “introduced” by humans to a new region  either deliberately or by accident. They tend to multiply so much that they cause damage to human life or the environment.

House crows are one of the most successful invasive species within the Corvus genus of birds. Their native homes are found mainly in South Asia, including Sri Lanka, Nepal, India, and Bangladesh. They have spread beyond those native regions to more than 20 countries. Although considered a tropical species,  they can now be found as far as the Netherlands.

The study looked at DNA samples of house crows from Malaysia and Singapore, and smaller samples from Kenya and South Africa, to investigate their origins and genetic diversity.

DNA samples were collected from crows’ liver tissue, feathers, and blood. The Malaysian samples came from two densely populated states, Selangor and Penang. While most studies on invasive species use only one of two methods – either nuclear microsatellite markers or mitochondrial DNA markers  – this study combined both. The study by Krzeminska is the first to combine both methods in examining genetic diversity in samples of “native” and “introduced” house crows.

Another aim of the study was to determine the origins of current crow populations in Malaysia and Singapore.

Meanwhile, the crows in Penang and Singapore most likely come from multiple sources outside of Malaysia. More specifically, the crows of Singapore may have originated from Bangladesh or its neighbouring countries. The study concluded that house crows could have spread from South Asia over the past 100  years by “hitchhiking” on ocean-going ships.

The house crows of Penang and Singapore had unexpectedly high levels of genetic diversity. While this finding could have been magnified by the small sample size, it also made sense as Penang and Singapore are busy port cities – and Singapore is the world’s second busiest port. According  to population genetic theory, crows introduced from a mix of native areas could have greater genetic variety (and also greater success at invading a new area). Crows from a wide variety of countries may have hitchhiked on ships and landed directly in Penang and Singapore.

Meanwhile, the Selangor crow sample showed the least genetic diversity. This could be explained by the location of Selangor’s Port Klang. The port lies in the middle of a long, narrow strait, which would have enabled ship-borne birds to make landfall in many places along the Peninsular West Coast  and diluted the diversity of crows that finally arrived in Klang. This makes added sense if Selangor crows originate from a single event in the 1890s when 56 birds were imported to Port Klang. If true, then Selangor crows demonstrate the “founder effect,” which occurs when a new colony is  born from a rather small number of members. The result is reduced genetic diversity.

The study concluded that the house crow is an excellent model for studying genetic patterns and evolution of populations in new environments. These patterns could help researchers predict the degree of success and impact that an invasive species like the Corvus splendus will have on a new environment.

For more information on the School of Science at Monash University Malaysia, please visit www.sci.monash.edu.my.