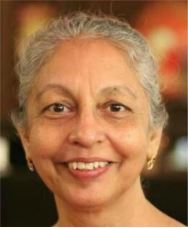 Numerous international studies had documented cross-cultural differences in the attitude and perception of women with UI but local studies lacked documented evidence on how the Malaysian women with urinary incontinence experienced this phenomena and what impact it had on her or her spouse’s quality of life. This phenomenological study applied a purposive sampling method to recruit 10 female volunteers with UI from the validated, standardised Monash Malay version Women Health questionnaire survey. In-depth interviews using audio aid were used to collect the data. Saturation was achieved after 10 interviews.

Some insights from the experiential phenomena of UI were “I gained body weight and use to sit for long hours at work, I noticed my panties was wet.” “I will control the urge to urinate if I am engrossed at work especially when working at the computer, then I notice I had leaked urine.” “When I watch television or am doing something, I feel the need to urinate, I always don’t make it to the toilet in time.” “If I cough, sneeze loudly then I will have urine leak.” The impact of UI on their quality of life (QoL) was described as “I don’t feel like going out. In the beginning it was terrible. Sometimes in frustration I would say “Oh God! Why this?” “For me when I cannot run, exercise and dance, that was bad for me. I felt I can’t carry on.” [She had tears in her eyes].

Even today, urinary symptoms are hidden hence the term “silent epidemic”. Within the cultural context, most Malaysian women continue to be shy to discuss their bodily function openly with others including their spouses. In terms of etiquette, some middle-aged women still considered it ill- mannered to raise uro-gynecological health issues unless questioned directly during